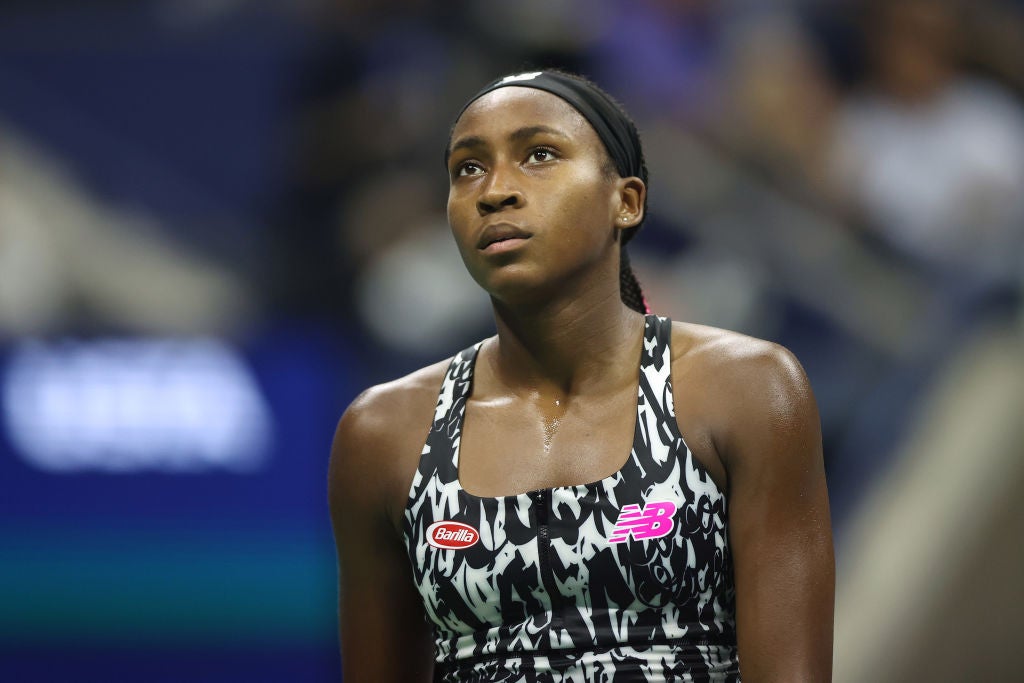 Raducanu, who became the first qualifier to win a major, has since gained thousands of new followers on social media, setting up an account on Chinese microblogging site Weibo to keep in touch with fans in that country.

Gauff, who shot to fame as a 15-year-old when she reached the fourth round at Wimbledon in 2019, urged the 18-year-old Raducanu to take time away from her phone.

“ … It is exciting when you get all the retweets, all the follows and all of that, but it can be a bit overwhelming. At least in my experience. That’s probably what I wish I would’ve known, not to focus on social media,” said the world number 19.

Roger Federer, a 20-times Grand Slam champion, also recently suggested that the next generation of tennis stars like Raducanu needed help to prevent abuse on social media affecting them.

“I put a time limit on my phone because I thought I was spending too much time on it. From 8:30am to 9:30pm I have limited access to apps,” Gauff added.

Gauff and Raducanu will be in action this week at the BNP Paribas Open in Indian Wells, which returns after two years following the COVID-19 pandemic.

Former British number one Johanna Konta said she was amazed by Raducanu‘s achievement in New York and added she does not expect anything to faze her successor.

“I was watching in awe. She really took it in her stride. I can imagine Emma taking everything in her stride,” Konta, who skipped Indian Wells with a groin injury, told the BBC.

“She seems like someone who is very poised and aware of why she is doing what she is doing. She’s incredibly bright and I think she applies that to her tennis as well. She’s an impressive young girl.”