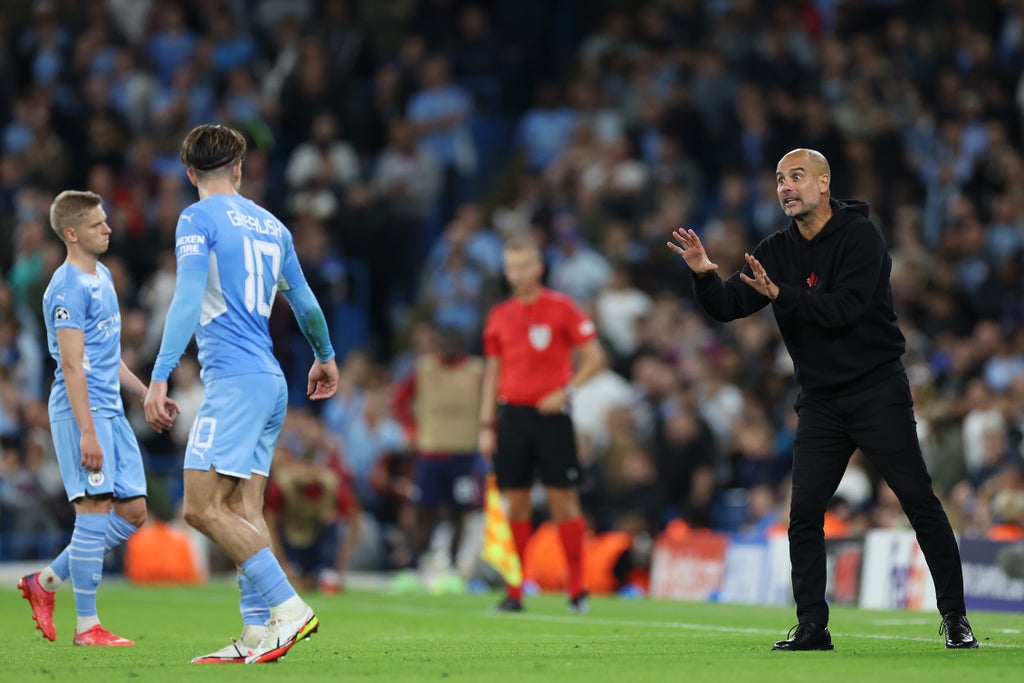 Pep Guardiola’s side sit third in the standings after two rounds of matches following their opening win against RB Leipzig and defeat to Paris Saint-Germain last time out.

Club Brugge, meanwhile, come into tonight’s match one point ahead of City following their surprise draw against PSG at the Jan Breydel Stadium and victory over RB Leipzig in Germany.

City beat Burnley 2-0 on Saturday thanks to goals from Bernardo Silva and Kevin De Bruyne while Club Brugge won on Friday to stay second in the Belgian Pro League.

Here’s all you need to know before the match tonight.

When is Club Brugge vs Manchester City?

The match will kick off at 5:45pm BST on Tuesday 19 October.

It will be shown live on BT Sport 2, with coverage starting from 5pm. Subscribers can also stream the match live on the BT Sport website and mobile app.

Ederson and Gabriel Jesus could return for City after missing Saturday’s win against Burnley due to their involvement with Brazil during the international break.

After playing in Brazil’s match against Uruguay last Thursday, the pair flew straight to Belgium to avoid quarantining in the UK and Guardiola has suggested that they could play.

Jack Grealish, Ruben Dias and Kyle Walker could all return to the line-up after starting Saturday’s match against Burnley on the bench, which could see Raheem Sterling and John Stones drop out.

Ilkay Gundogan and Oleksandr Zinchenko have returned from injuries but Ferran Torres has been ruled out for the rest of the year with a broken foot.

Manchester City will be treating Club Brugge seriously as the Belgian side have upset the odds so far in the Champions League, but Pep Guardiola’s team remain heavy favourites and will be confident of picking up three points. Club Brugge 0-2 Manchester City