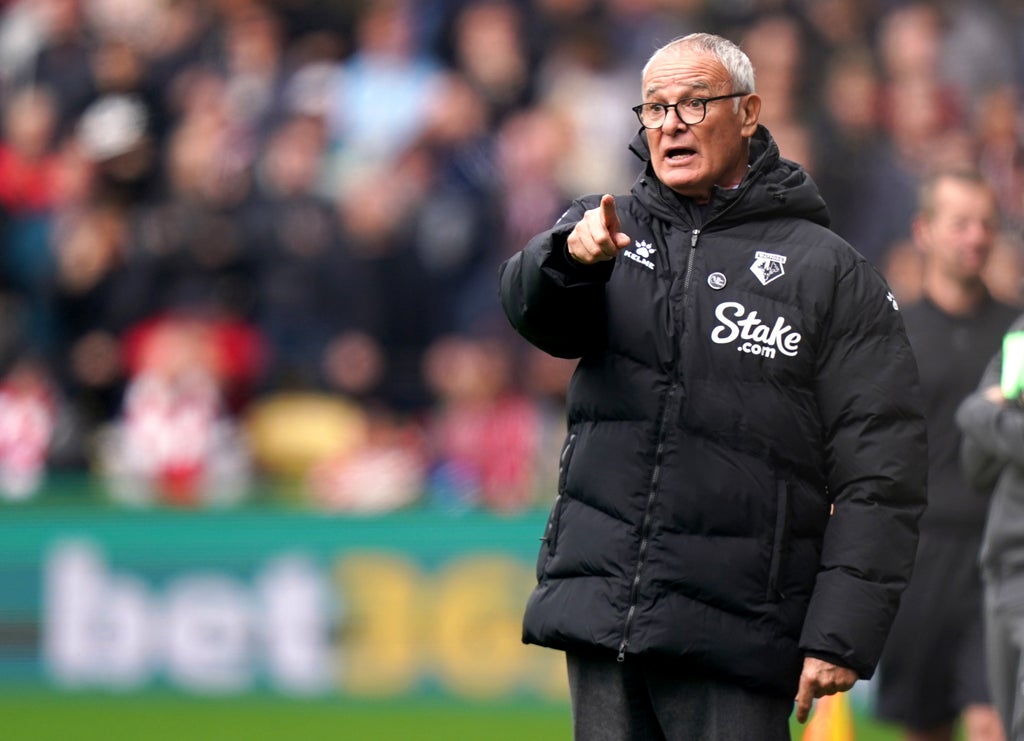 Claudio Ranieri must have thought he had seen it all in 35 years in management – but Watford have managed to surprise him already.

The veteran Italian boss embarked on his 22nd job across 19 different clubs when he took over at Vicarage Road earlier this month.

Yet not even the man who led Leicester to the unlikeliest of Premier League titles in 2016 had seen one of his teams ship five goals one week and then score five the next, let alone in his first two matches in charge.

Unpredictable Watford did exactly that, being thumped 5-0 by Liverpool before their thrilling 5-2 win at Everton last weekend.

So even Ranieri cannot be sure which Hornets side will turn up when they host Southampton on Saturday.

“It’s the first time in my life,” admitted Ranieri. “It was good because we conceded five goals and we were very sad, after Everton we were very satisfied. But now, clear the mind, there is another difficult match.

“This is my job. To maintain the same balance is very important. I spoke with them after Liverpool. I told them what we did badly but I also told them we can get better.

“Of course the result was fantastic and the performance was good. And finally we won in Everton – Watford have never won in Everton.

“Now I think Southampton will be a very difficult match, because I watched a lot of matches about Southampton. They impressed me very much.”

Joshua King was the star at Goodison Park with a hat-trick as Watford recovered from being 2-1 down to pick up all three points.

It was all the more satisfying for King given he had made 11 appearances for Everton last season without finding the net.

“Football is very strange,” added Ranieri. “There are strikers who one year score in every position, sometimes the ball touches the bottom and goes in the goal – and sometimes on the line with the ball you make a mistake.

“The Everton match showed me a fantastic centre-forward. I made my compliments to him not for the hat-trick but for how he played for his team-mates. I want that from him.”