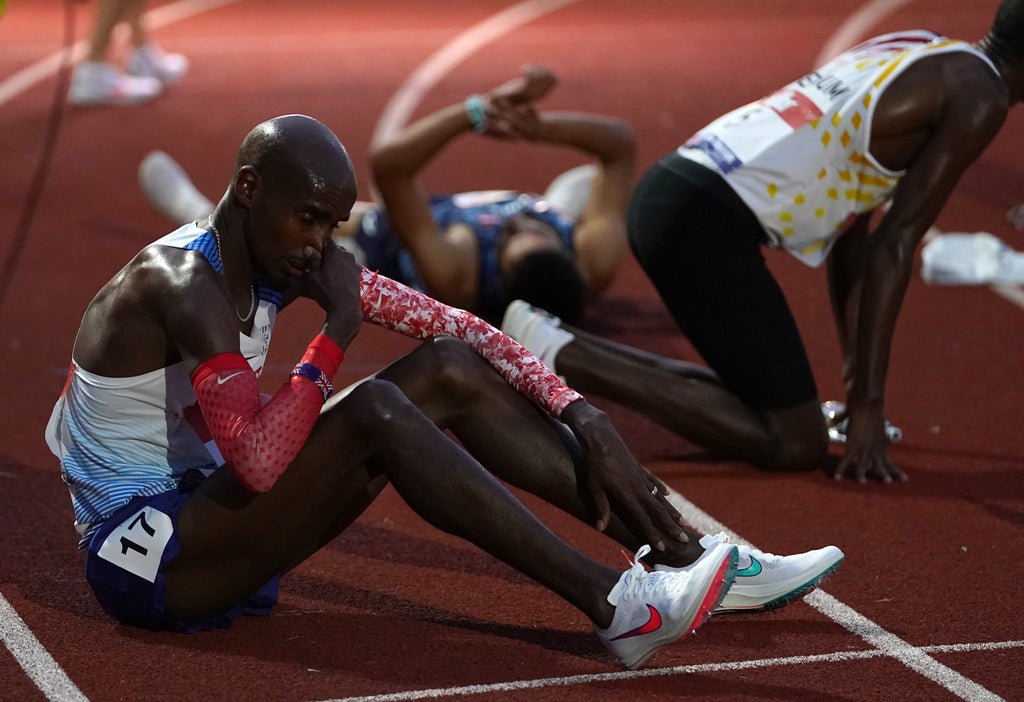 Christian Malcolm has refused to close the door on Sir Mo Farah’s career.

British Athletics Olympic Programme head coach Malcolm would welcome the four-time Olympic champion back despite Farah being left off funding.

Farah was included on the Olympic World Class Programme funding in 2020, which British Athletics rolled over after the Tokyo Olympics was postponed for a year by the pandemic.

But he failed to reach the Games in Japan after missing the 10,000m qualifying time in the summer.

Farah is yet to announce whether he will return or retire but, with the World and European Championships next year, Malcolm did not rule out a GB recall.

He said: “I will welcome any athlete who is out there performing well. Because people have been moved off the world class performance plan doesn’t necessarily mean you don’t want them to be part of the team.

“You want that competition, appetite to be back in the team and performing for their country.

“I haven’t spoken to him, we spoke on WhatsApp a couple of months ago. I’m giving him a bit of space and time but I will be in contact with him just to find out what he wants to do.

“Mo Farah is a legend of our sport and deserves to make his decision in his own time.”

Disillusioned athletes reportedly asked Lord Seb Coe president of World Athletics to intervene last month such was their lack of confidence in the UKA performance team, but Malcolm asked for time.

He said: “I think it’s actions. They were good, productive conversations but it’s how we go forward and these things aren’t going to change overnight. There has to be an element of patience.

“Some of the things were warranted, they are understandable, it’s been a challenging year, but some of the other things they didn’t really know the answers to.

“We had good conversations and we intend on doing things a lot better. I just think we have come in and there have been a lot of moving parts within the organisation and, with anything, nobody really likes change do they?”

She smashed Dame Kelly Holmes’ British record, which had stood since 1995, by almost a second in Japan.

While Reece Prescod and Zharnel Hughes are only on relay funding, despite Hughes reaching the 100m Olympic final, it does not necessarily mean a drop in money.

Andrew Butchart, CJ Ujah and Tom Bosworth have had their funding cut.

Ujah will face a hearing at the Court of Arbitration for Sport’s anti-doping division after he tested positive for banned muscle building substances after winning 4x100m relay silver in Tokyo.

In August, the Athletics Integrity Unit confirmed Ujah had been provisionally suspended after a test showed the “presence/use of a prohibited substance (ostarine and S-23)” while a B sample also came back positive.

Performance director Symington added: “He is currently suspended from the sport so we were unable to consider him in this selection process. That was the rationale.

“We are waiting for it to go through CAS. From what we have heard there is a lot of cases going through there. There is no timeline at present.”