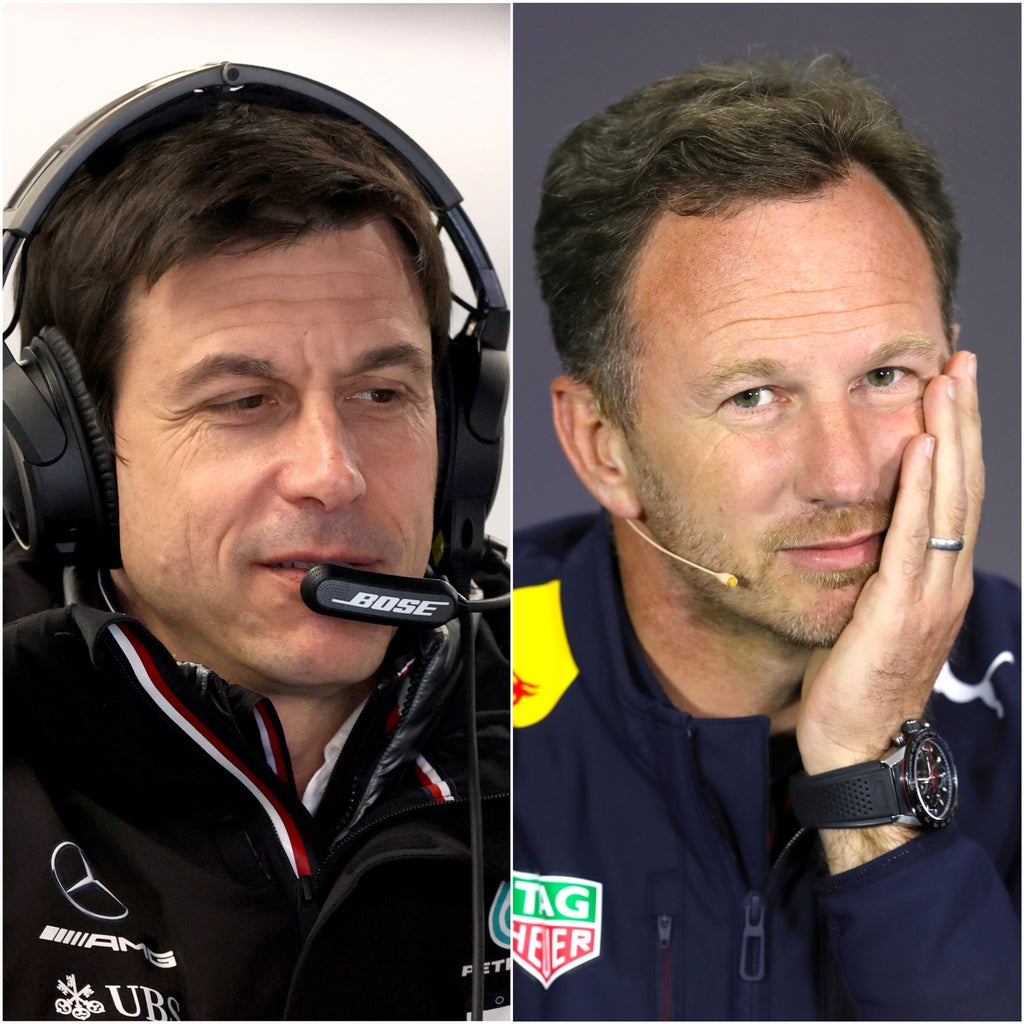 In an interview published this week, Wolff described Horner as a “protagonist in a pantomime”.

But responding to Wolff, Horner said: “Look, we all know that Toto has a lot to say, but I was quite flattered to be called a protagonist.

“If you look at the definition of what it means, you also need an antagonist to have a protagonist, and one could say that perhaps Toto fills that role pretty well. And if it were a pantomime, maybe the pantomime dame role might suit him, too.

“Occasionally you are going to get some flak thrown at you, but one takes it with a pinch of salt, and sometimes even as a compliment.”

In the Daily Mail interview, Wolff also suggested that Hamilton and Verstappen could be involved in repeat of Ayrton Senna and Alain Prost’s championship-deciding clashes.

Both the 1989 and 1990 championships were settled by Senna and Prost colliding in Suzuka, Japan.

Hamilton and Verstappen have crashed on two occasions this year – at July’s British Grand Prix and in Monza in September.

“I was disappointed to read those comments and that that sort of thing was being condoned,” added Horner.

“We want a fair fight between now and the end of the season. Any driver would want to win the title on the track.

“We are a racing team and aiming to win the constructors’ championship and we do want to pull off the feat without a collision between our drivers.

“We have already had two collisions this year and nobody wants a title fight to be decided in a gravel trap.”

On track, Verstappen fired an ominous warning to Hamilton by setting a blistering pace in second practice.

The high-altitude venue in Mexico City which sits a breathless 2,285 metres above sea level, had been expected to suit Verstappen’s Red Bull machinery.

And the Dutch driver will head into the the weekend as the man to beat after he ended the day four tenths clear of Bottas and half-a-second ahead of the Finn’s team-mate Hamilton.

“The car’s generally been feeling okay,” said Hamilton. “I’ve not really had any major issues.

“We were giving it absolutely everything we’ve got. They’re just quicker than us at the moment.

“I am just chipping away at our set-up and trying to improve it. We’re lacking downforce which is probably why they had a half-a-second difference to us.”

Earlier, Hamilton faced a stewards’ investigation after he ran off at the opening right-hander, but instead of going round the bollard at Turn 3, he incorrectly re-joined the circuit at the following bend.

He was summoned to see the stewards, but escaped with just a reprimand – his first of the season.