When We All Vote, founded in 2018 by former first lady Michelle Obama, will launch the “Vote Loud HBCU Squad Challenge,” aimed at increasing voter registration and education at HBCUs and surrounding Black communities ahead of the midterm congressional elections in November.

“This squad challenge, and everything we do at When We All Vote, is about empowering voters — especially young Black voters who have historically been left out of the political process,” Paul wrote in an email to Andscape. “We’re seeing voter suppression across the country targeting our community and we know that we have to engage young voters even more right now.

“Voting is not a spectator sport. When we sit out, someone else is out organizing people or communities who don’t represent us.”

The organization is targeting 30 HBCU campuses for the challenge. When We All Vote will donate up to $3,000 to each group of students to use for voter education initiatives, including nonpartisan registration drives and canvassing. Black media companies HBCU Buzz, Watch The Yard and Black Entertainment Television (BET) are listed as founding partners of the squad challenge, with BET providing in-person entertainment events for the campus with the most successful voter initiatives. 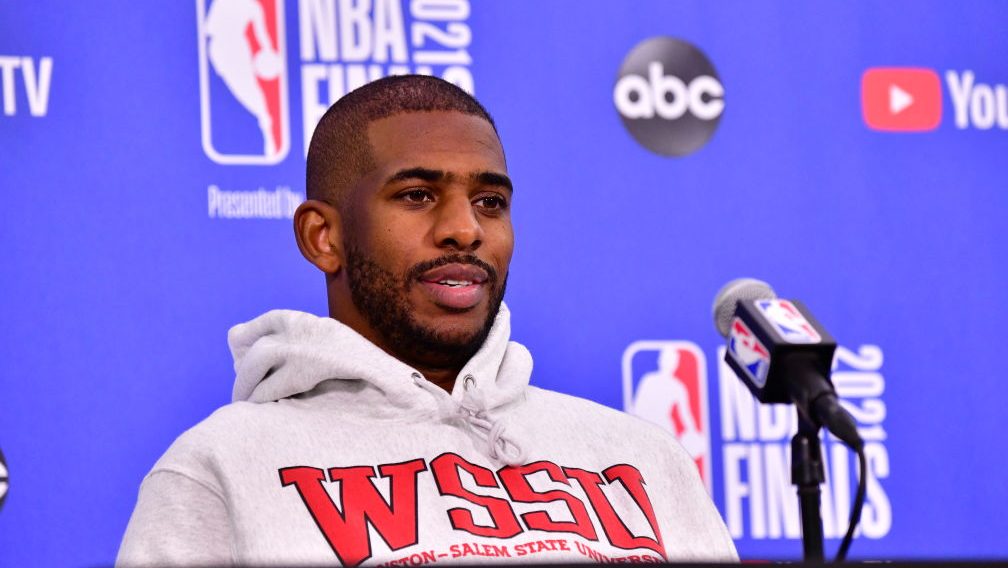 Stephanie L. Young, executive director of When We All Vote, said HBCUs’ long and heralded history on voting and civil rights was a major reason Black institutions were chosen to launch this initiative.

For example, the Student Nonviolent Coordinating Committee, the Black student-led civil rights organization responsible for the many sit-in protests and voter mobilization efforts across the Jim Crow South in the 1960s, was formed at historically Black Shaw University.

“Because HBCUs are in Black and brown communities, and because they have always been at the forefront of trying to protect the right to vote and being engaged, they are at the forefront of really learning about what it takes to move our community forward, holistically, and voting’s always a part of that. We knew that tapping into that resource would be extremely helpful in the work we’re doing to organize,” said Young, a graduate of historically Black Hampton University.

Paul, who played at Wake Forest from 2003 to 2005, has a long, established relationship with HBCUs. Aside from multiple family members who have attended historically Black schools, since at least the 2018-19 season, Paul has sported HBCU gear, including custom Air Jordan shoes, ahead of NBA games.

Earlier this year, Paul’s foundation began installing vending machines on HBCU campuses that sell only plant-based products. And he’s an executive producer of the ESPN+ series Why Not Us, which has chronicled the North Carolina Central men’s basketball and Florida A&M football teams in its first two seasons.

Paul is a co-chair for When We All Vote, along with Obama, fellow NBA player Stephen Curry, musicians H.E.R., Janelle Monae and Jennifer Lopez, among others.

After a 2020 election that featured record voter turnouts, Republicans crafted hundreds of pieces of voter suppression legislation. That legislation included the purging of voter rolls and implementation of stringent voter ID laws.

Paul said that fighting voter suppression can be “discouraging,” but he recognizes that such tactics are due to opposite forces being afraid of the power of the Black vote, and that he’s continuing the work of “those before us who led the way to ensure we could even vote.” He uses the resistance as motivation and encourages others to not let politicians dictate their right to vote.

“I’m angry that politicians want to silence us — the new voter suppression law in Texas caused thousands of mail-in ballots to be rejected,” Paul said. “I’m frustrated that more people aren’t angry. Now is not the time to look away. We all gotta lean in now.

“But I won’t allow it to discourage me. At When We All Vote, we believe the power of the people is greater than the people in power.”

Martenzie Johnson is a senior writer for Andscape. His favorite cinematic moment is when Django said, “Y’all want to see somethin?”