PHOENIX – Chris Paul and the defending Western Conference champion Phoenix Suns were down as much as a stunning 46 points before the Dallas Mavericks slayed their season Sunday. Gone was perhaps the 17-year NBA veteran’s best chance to win an elusive championship.

Sometime after Game 2, the 37-year-old went from being deemed “The Point God” to looking every bit of his actual age.

But in the wake of an embarrassing loss, dashed title hopes and just overall pain, Paul exuded calm and somehow found a silver lining after being routed 123-90 by Luka Doncic and the visiting Mavs in a deciding Game 7 in the second round of the NBA playoffs.

“It’s tough. It happens. Probably the first thing that came to my mind is I’m going to make my son’s birthday party,” Paul told Andscape, referring to his son Chris Paul II’s 13th birthday party on May 24.

Paul’s calm reaction to arguably the worst loss in Suns’ franchise history was a far cry from when they were eliminated by the Milwaukee Bucks in Game 6 of the 2021 NBA Finals. Paul was short with media questions and quite angry about the defeat after getting as close as he has ever been to winning an NBA title.

There was a long list of things for Paul to be angry about as a team and personally on this forgettable night as he went scoreless in the first half before finishing with 10 points, four assists and a career-worst minus-39 plus/minus rating. 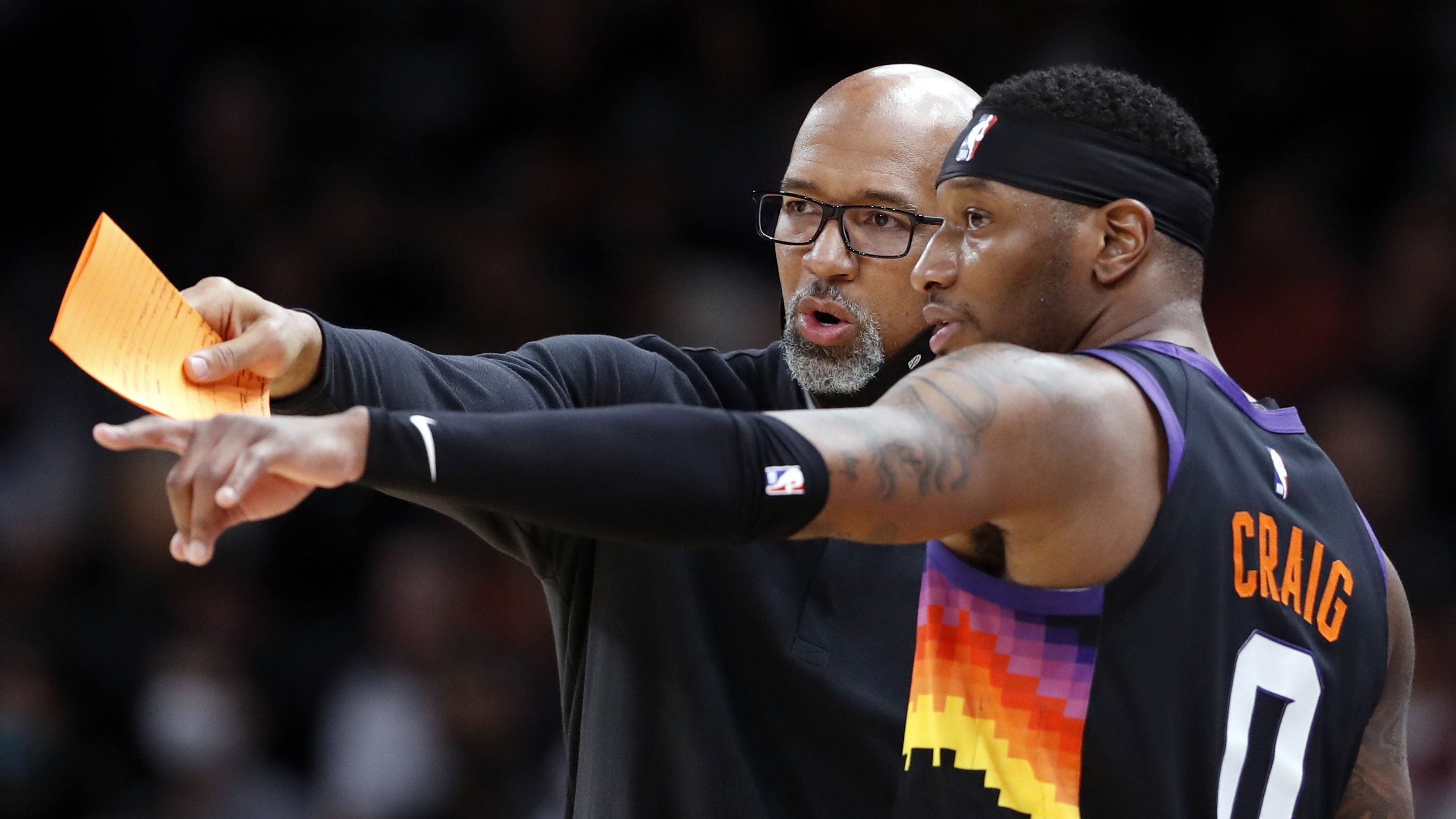 So why was Paul calm this time instead of angry?

“Probably because I know this is not it. When you do everything that you can and it don’t work out, then you got to be at peace with it,” Paul said.

Interestingly noted is that Paul said he did “everything that you can.” The 12-time NBA All-Star’s career has been riddled with playoff injuries, and archnemesis and Minnesota Timberwolves point guard Patrick Beverley warned on Twitter that Paul would come up with an injury excuse. But it certainly was curious that Paul went from playing so well in the first two games to struggling. A team source told Andscape that the Suns’ hope was two days off between Games 6 and 7 would help him, but it didn’t.

Andscape also learned that Paul actually has been dealing with a left quad injury, and he limped badly favoring his left leg after departing from his news conference. And before greeting his wife, parents and other friends, Paul briefly talked to a trainer outside the Suns’ locker room while holding his left quad.

When asked if he could talk about his quad injury, Paul said: “Nope. Nah. I’m good.” The Suns point guard politely said goodbye before calling for his family members to depart via the player exit at the Footprint Center.

While his body has often failed him in the postseason, Paul is a vegan who keeps himself in tip-top shape. He still loves basketball and isn’t considering retiring, saying that the “biggest thing is I ain’t going nowhere.” Paul also signed a four-year, $120 million contract with the Suns last offseason.

And for those who believe Paul’s window title window possibly closed on Sunday night, he smiled and presented a positive outlook to his skeptics.

“They said it last year. They probably said it in ’08,” said Paul, referring to losing to the eventual 2008 NBA champion San Antonio Spurs in a seven-game second-round series. “Every time you lose, they say it was your best chance. I think for me, us, we’ll be right back next year.

“I will tell you this much, I’m not retiring tomorrow, thank God. Hopefully, I’m healthy when I come back. Keep playing.”