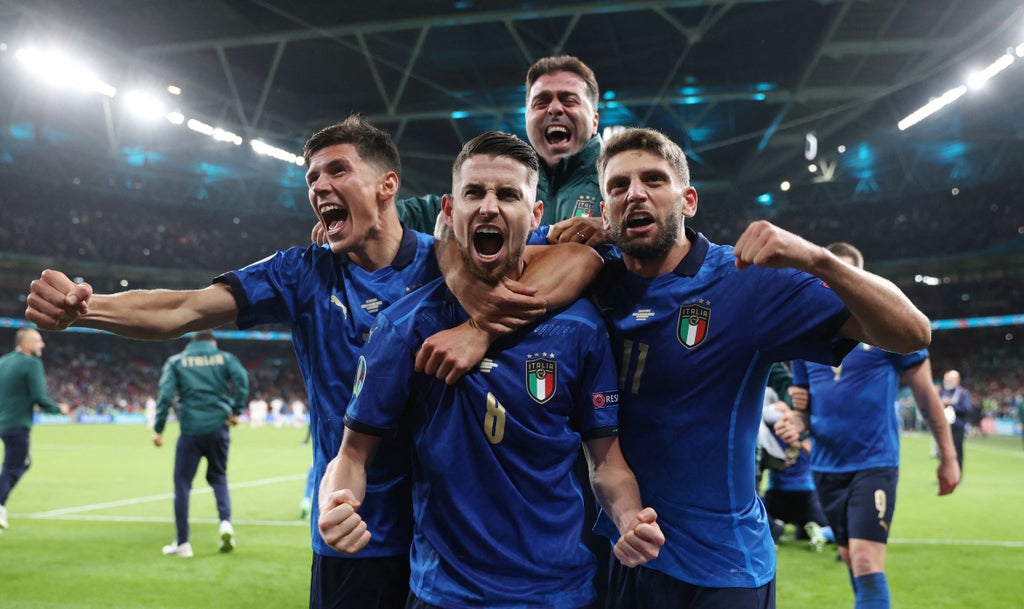 Veteran Juventus defender Chiellini and Chelsea playmaker Jorginho helped Italy claim Euro 2020 glory as the Azzurri beat England on penalties to lift the title at Wembley in the summer.

Jorginho and Chelsea will take on Chiellini’s Juventus in Turin on Wednesday night in the continued defence of their Champions League crown.

“I truly hope he will be able to win it, because he’s a good friend of mine,” said Chiellini.

“And it would also be an award that I will also feel as mine, being an Italian of course, and as a player involved in a win and emotions that will always be in our hearts.

“I’d always thought that Jorginho was a good player but after two or three training sessions in the national team, I’m talking about two or three years ago.

“Since (Italy boss Roberto) Mancini arrived and was able to give continuity, I was able to realise just how good he is and what a top player he really is.

“Maybe he doesn’t have the greatest physical qualities, but the real difference lies in his head and his mentality.”

Detractors of the defensive midfielder felt Jorginho was limited to playing his ex-Napoli boss’ “Sarriball” tactics, with the Hellas Verona youth product often a lightning rod for criticism in his early west London days.

A stellar 2020/21 campaign has done away with all that however, with Jorginho proving his genuine quality beyond any doubt.

And Juventus stalwart Chiellini admitted he has been delighted to see his international team-mate put one over his critics.

“And I was really happy, because many people said he could only play with Sarri and instead two other coaches arrived at Chelsea – and also the Italian national team,” said Chiellini.

“I’m really happy for him and he truly deserves to win that award. So I hope that he will be awarded the Ballon d’Or.”