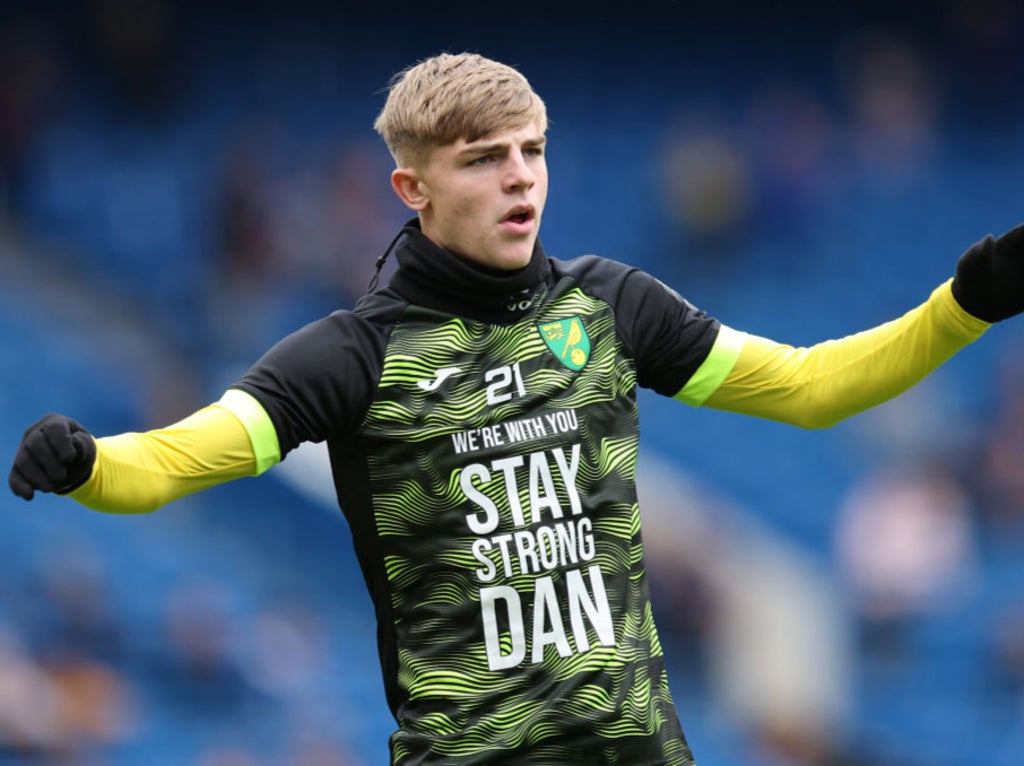 Follow all the action as Chelsea host Norwich City in the Premier League in Saturday’s early kick-off.

Thomas Tuchel’s side enters the weekend top of the table, having taken 19 points from a possible 24 this season, and are full of confidence after sweeping aside Malmo in the Champions League during the week. Their victory was marred by significant injury blows, though, with both Romelu Lukaku and Timo Werner ruled out. That means Kai Havertz should return to the starting XI while Callum Hudson-Odoi will have a rare chance to impress from the outset. “It’s only a turning point if he makes it a turning point – and only if he does not only do one good match, one good half, 60 good minutes, but if he does it consistently,” Tuchel said of the winger.

Meanwhile, Norwich have endured a difficult start upon their return to the top-flight. The Canaries are bottom of the table, having lost six out of eight matches, and are yet to secure a victory. To break that streak this afternoon, it will take a truly momentous performance. Follow all the latest updates below:

8 mins: Great finish from Mason Mount! Hudson-Odoi brings the ball down the left wing and flicks a cross into the middle of the box. Norwich think they’ve dealt with the threat as a headed clearance comes out to Jorginho. He knocks it up to Mount just outside the box and he lets the ball roll across his body before blasting it low and quick into the bottom left corner!

6 mins: Chance! Antonio Rudiger pushes up the pitch and provides an option for Kovacic on the inside left. He’s given the ball and encouraged to shoot from the Chelsea faithful. Rudiger obliges them and hits a low, curling shot towards the far corner but Tim Krul dives across and keeps it out.

3 mins: Chelsea break on the counter-attack with Callum Hudson-Odoi running through the middle of the pitch. He slips the ball into the box for Mateo Kovacic who pokes it out wide to Havertz on the left. He attempts the cross the ball into the six-yard area but Norwich have plenty of men back to defend and Ozan Kabak works it away.

Kick off: There’s a minute applause for Matthew Harding, the players then take the knee to continue raising awareness for racial equality.

Kai Havertz gets the ball rolling for Chelsea who work it up the right side of the pitch. Grant Hanley intercepts for Norwich who pass it up to Josh Sargent. His first touch is poor and the ball rolls away from the forward and back into Chelsea’s possession.

The players make their way out onto the pitch. Chelsea are big, big favourites. It’s top of the league vs bottom of the league. Can Norwich pull off a surprising and unlikely victory?

Before kick off there’s going to be a moment to remember and celebrate Chelsea vice-chairman Matthew Harding on the 25th anniversary of his untimely death.

In contrast Grant Hanley is poised to make his 300th career league appearance when he starts for Norwich today. Will he be celebrating after the match with three points?

N’Golo Kante is still waiting to make his 200th Premier League appearance. He’s currently on 199 and as he’s not included in the squad for today’s game He’ll have to wait until next week to reach the landmark.

Thomas Tuchel was asked whether Chelsea being heavy favourites to win today had any effect on his players and he told BT Sport:

Chelsea have lost four home games in the Premier League in 2021. They haven’t had five defeats in a calendar year since 1995.

But, they have the joint-best defence in the division this season, conceding just three goals, the same amount as Manchester City.