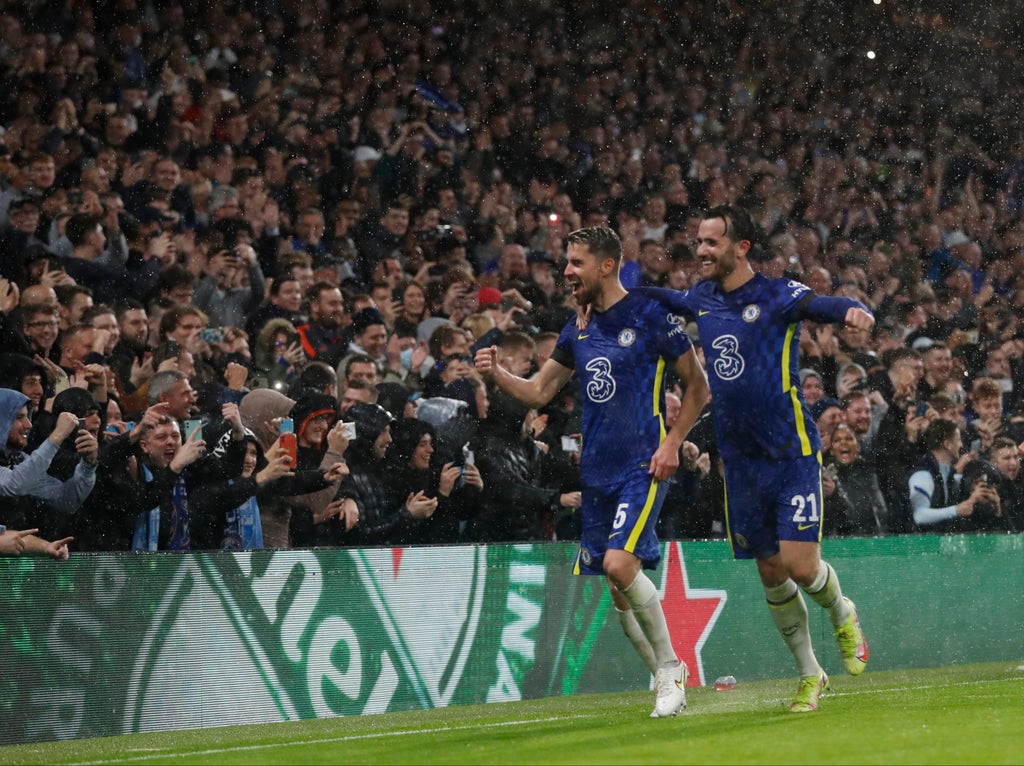 Chelsea secured a resounding group-stage victory over Malmo in the Champions League on Wednesday night, thrashing the Swedish side 4-0 at Stamford Bridge.

Dominant from the opening whistle, Thomas Tuchel’s side opened the scoring through Andreas Christensen after just 10 minutes, when the defender shinned home a volley for his first Chelsea goal.

The Blues then doubled their lead from the spot midway through the first half, as Jorginho opted against his usual skip to smash a penalty past Malmo goalkeeper Johan Dahlin following a foul on Romelu Lukaku.

That challenge marked the end of Lukaku’s evening, with the striker soon limping down the tunnel. There was also an early exit for Timo Werner, who seemed to succumb to a hamstring issue on the cusp of half-time.

Thankfully for Chelsea, they continued to thrive on the pitch, beginning the second half with a third goal courtesy of Kai Havertz, who produced a delightful, clipped finish. Before too long, Jorginho rounded out the scoring by netting another penalty after Antonio Rudiger was fouled while taking a shot.

Here’s how each Chelsea player fared in the team’s Group H victory.

Edouard Mendy – 6: After his heroics against Brentford at the weekend, the goalkeeper had barely anything to do here. Might have wished for a little more action in the cold London rain.

Cesar Azpilicueta – 6: Similarly to his keeper, the Blues’ captain had a quiet evening.

Andreas Christensen – 8: Scored his first Chelsea goal to open the scoring; shinned his finish but did well to jump and meet the ball in the first place, diverting it into the ground and ultimately the back of the net.

Thiago Silva – 7: Key task was staying alert at the back in case of a rare Malmo attack. Did step out when he could, though, and provided the assist for Christensen’s opener with a fine cross

Antonio Rudiger – 7: Having little to do defensively, the centre-back’s main involvement came in the second half when he burst forward and was fouled while shooting, resulting in the Blues’ second penalty of the evening.

N’Golo Kante – 6: Given Chelsea’s plentiful possession, the midfielder had fewer chances than usual to break up play, but he did his job dutifully as always. Tuchel decided to give the France international a rest by taking him off for Saul Niguez on 65 minutes.

Mason Mount – 7: Drilled a free-kick over the crossbar from an awkward angle in the first half, when a left-footer would have surely had better success. Shortly thereafter, the midfielder flashed a dangerous low cross into the Malmo box, but none of his teammates could get close to it. Went high with a second-half cross that was equally tantalising. In general, the England international offered some promising contributions.

Jorginho – 9: Had a penalty appeal waved away in the first half after inviting contact, but smashed home from the spot just a few minutes later – after foregoing his customary skip – to double Chelsea’s lead. Netted another penalty in the second half for the hosts’ fourth goal of the night, this time skipping but again producing a powerful finish. Naturally played a pivotal role amid all of Chelsea’s possession.

Timo Werner – 5: Had a horror miss from two yards out in the opening moments, with a fortunate and probably erroneous offside call barely sparing his blushes. The forward’s next opportunity saw him display tidy feet in the box before being dispossessed. Limped off shortly before half-time after seeming to pull his hamstring, with Hudson-Odoi replacing him.

Romelu Lukaku – 7: Set up Werner well in the first few minutes, only for the German to miss, then soon tested Malmo keeper Dahlin with a deflected half-volley. Bullied the visiting defence in their own box to force Lasse Nielsen into a scything challenge that saw a penalty given – and scored by Jorginho. Stayed down for some time after that foul before being substituted for Havertz.

Kai Havertz – 8: Replaced the injured Lukaku midway through the first half. Offered many deft touches around the edge of the Malmo box. Forced Dahlin to palm the ball into the side-netting well with a first-half shot, then scored by clipping a delightful finish over substitute keeper Ismael Diawara from a tight angle shortly after the second half began. Was denied a similar goal from the opposite side in the final seconds of the game, thanks to some brave goalkeeping.

Callum Hudson-Odoi – 7: Came on for Werner just before half-time. Slipped a pass to Havertz to complete a swift counter-attack that ended with the German scoring to make it 3-0 early in the second half.

Reece James – 6: Brought on for Azpilicueta midway through the second half.