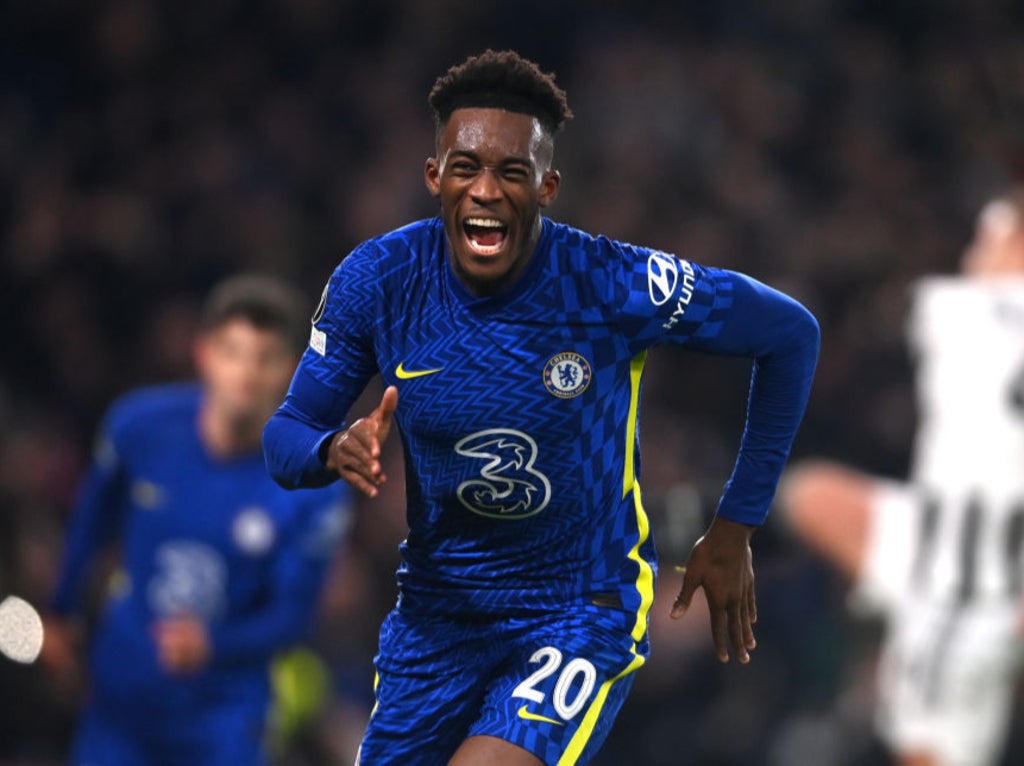 Chelsea booked their place in the knockout stages of the Champions League and moved top of their group with a breathtaking 4-0 victory over Juventus at Stamford Bridge.

Thomas Tuchel’s side took the lead after 25 minutes when Trevoh Chalobah lashed home from a corner for his first European goal.

Chelsea then doubled their lead 10 minutes after half-time when standout performer Reece James lashed a thunderous drive into the bottom corner.

Three minutes later the points were secured as substitute Ruben Loftus-Cheek set up Callum Hudson-Odoi to poke home the hosts’ third. And in stoppage time it was four as James’ wonderful crossfield ball led to Hakim Ziyech squaring for Timo Werner to tap in.

Here are the player ratings from the game.

Edouard Mendy, 6. Had very little to deal with in the way of saves until the 83rd minute when he tipped over from McKennie’s strike.

Reece James, 10. The complete display. There are not many right-backs in the world right now that you would select ahead of Reece James. He is equally comfortable going forward as he is defending, but it is his attacking qualities that caught the eye in this one. The England international was constantly giving Sandro and Rabiot something to think about, pushing them back at every available opportunity. His engine is quite astonishing, not to mention his impressive delivery. Could have scored twice in the first half had Szczesny not denied him with a pair of impressive saves. Then scored a sensational goal in the second period and was instrumental in the third. He then finished off a remarkable display with a ridiculous pass for the Blues’ fourth. The best player on the pitch by some distance.

Trevoh Chalobah, 7. Produced a striker’s finish to break the deadlock midway through the first half – his first Champions League goal. Looked wise beyond his years defending alongside Rudiger and Silva.

Thiago Silva, 8. Age is just a number. Silva showed you can still make goal-saving clearances at the age of 37 as he hooked Morata’s lob off the line with a superb piece of last-ditch defending. His experience is there for all to see. He keeps the more impulsive Rudiger in check as the German does love to maraud up field.

Antonio Rudiger, 8. His ball-carrying skills are a key part of how this Chelsea side love to attack. Time and time again the centre-back would dribble 30, 40, 50 yards up the field before finding a teammate in the final third. And with Silva alongside him, Rudiger never looks like he is getting out of second gear when doing his defensive duties.

Ben Chilwell, 8. James and Chilwell seem to be having a competition to determine who is the best wingback at Stamford Bridge. Much like his England teammate, the ex-Leicester man was a constant attacking outlet for Chelsea. But he hobbled off midway through the second half – a concerning sign for Tuchel.

Jorginho, 7. At first glance you’d be forgiven for not realising Jorginho was on the pitch. But look a little closer and you see what he does so effectively. The Italian frequently draws midfielders to him before releasing a teammate who is suddenly blessed with space. He is such an important pivot for Tuchel’s side.

N’Golo Kante, 6. Does he ever have a poor game? The amount of ground Kante covers between the penalty boxes is quite remarkable. One minute he is bursting into the Juventus area, the next he is intercepting possession to alleviate any danger. Tonight, though, he could only manage 37 minutes of non-stop energy before being substituted due to an injury problem.

Hakim Ziyech, 8. A couple of sloppy passes at the start of the game looked ominous. But he had a brilliant second half and was at the centre of everything positive Chelsea created as they began to dismantle a sorry Juventus side. One of his best games in a blue shirt, capping it off with a lovely assist for Werner.

Callum Hudson-Odoi, 8. With Mason Mount, Romelu Lukaku and Timo Werner all watching on from the bench, Hudson-Odoi staked his claim to stay in the starting line-up, even with those big stars returning to full fitness. He was a constant threat all night and you can bet your house on Cuadrado having a few nightmares about him tonight. Finished Chelsea’s third off neatly for his second goal of the season.

Christian Pulisic, 6. Not his greatest 90 minutes. Failed to pick out the right pass when Chelsea broke with purpose. You don’t imagine he will be trusted to lead the line ahead of Lukaku or Werner in the future.

Ruben Loftus-Cheek, 9. Came on for Kante eight minutes before half-time and slotted in superbly for the Frenchman. One of his highlight moments came in the lead up to Chelsea’s third goal when his superb footwork allowed him to feed goalscorer Hudson-Odoi. He then produced a 40-yard surge through the heart of Juventus’ midfield as the Chelsea crowd gasped in admiration. Are you watching Gareth Southgate?

Cesar Azpilicueta, 6. Replaced the injured Chilwell and saw the game out with a composed, experienced display.

Timo Werner, 7. Returned to action for the first time since his injury last month and helped himself to a tap in.

Saul Niguez, 6. Kept the tempo ticking over for the final 15 minutes when he replaced Jorginho.

Mason Mount, 6. Did not impact the match but will be happy for the minutes after a period out due to issues with his wisdom teeth.

Wojciech Szczesny, 7. Made two superb stops to deny James in the first half, keeping Juventus in the game. Then when the match had run away from the visitors he denied Ziyech with another fine stop.

Juan Cuadrado, 5. Simply not a right-back. Hudson-Odoi exposed him numerous times as his defensive frailties were there for all to see. Received a caution for holding back Hudson-Odoi after being caught out on the left-hand side.

Leonardo Bonucci, 6. While veteran Silva commanded Chelsea’s defence at one end, Bonucci is clearly still the boss of Juventus’ back line at the age of 34. But I don’t think any single defender in the world could have prevented Chelsea’s rampant attack tonight.

Matthijs de Ligt, 5. Does not command the back line how you would hope a £67 million defender would. That being said, clearly has impressive technical ability on the ball.

Alex Sandro, 4. Could not deal with James and Ziyech doubling up on him down the right side. All at sea.

Adrien Rabiot, 4. There were some raised eyebrows when the team sheet came out and Rabiot was on the left of a midfield four. It didn’t work out that way – he ended up playing as more of a conventional three in midfield. Still, he had next to no impact on the match and was run ragged by Chelsea.

Manuel Locatelli, 7. It’s a thankless task being a part of a central midfield when you are up against Kante and Jorginho. Nevertheless, the Italian did show flashes of exquisite technical skill, keeping hold of the ball in tiny pockets of space.

Rodrigo Bentancur, 7. A bright spark for Juventus alongside Locatelli but was almost punished when caught in possession 25 yards from his own goal.

Weston McKennie, 6. Looked quite dangerous in the final third when he drifted inside off the right flank. Lacked an end product.

Federico Chiesa, 5. A scintillating player to watch on his day. This was not his day.

Alvaro Morata,5. Was given a tough time by the Chelsea faithful on his return to Stamford Bridge. Thought he’d scored in the first half but for Silva’s brilliant clearance off the line. His name was barely mentioned in the second half.

Paulo Dybala, 6. Came on moments after Chelsea’s third goal. Was not involved in any notable attacks following his introduction. Had one little burst down the right which was snuffed out.

Moise Kean, 6. Was relentless in his chasing down of the ball. Had a half chance in stoppage time which he scuffed wide.

Dejan Kulusevski, 6. Came on inside the final 10 minutes and had little impact.

Koni De Winter, 6. Another late addition. Barely had a kick.