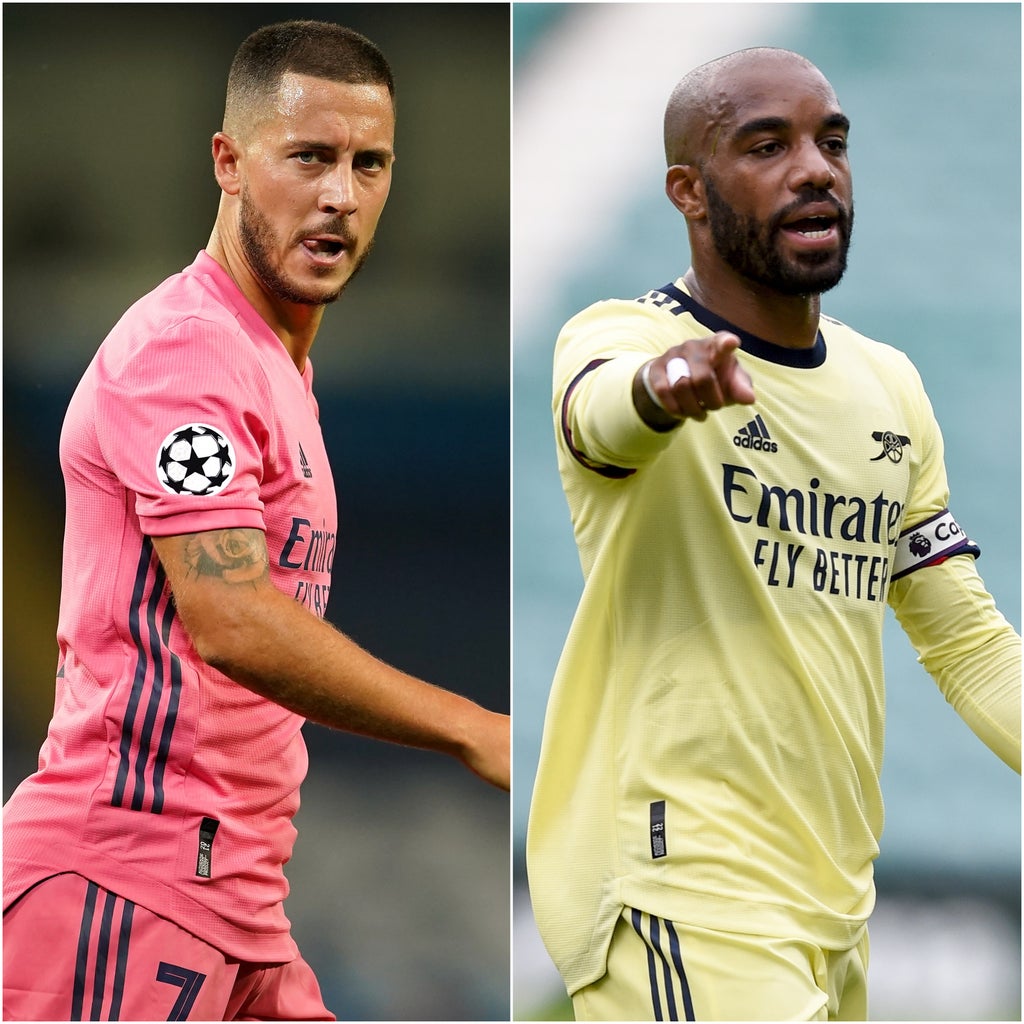 Eden Hazard has been tipped for a possible return to Chelsea amid the winger’s struggles at Real Madrid. The Daily Mirror, citing Spanish outlet El Nacional, says the 30-year-old could be on his way back to Stamford Bridge with Blues bosses reportedly holding early informal talks with Madrid executives. Hazard’s experience at the Bernabeu has been plagued by injuries, with the Belgium international missing more games than he has played.

The Sun, via Fichajes, reports Newcastle have set their sights on Arsenal striker Alexandre Lacazette, with the club’s new bosses eyeing a potential January move. The 30-year-old has eight months left on his contract and is believed to be eager for a change of scenery and more regular first-team action.

Staying with Newcastle, The Telegraph says former Borussia Dortmund boss Lucien Favre has emerged as a potential candidate to replace Magpies manager Steve Bruce. Ex-Chelsea boss Frank Lampard is also believed to be on the shortlist for the role.

Feyenoord are gearing up for another attempt to land Manchester United winger Amad Diallo, according to The Sun. The 19-year-old had been due to go on loan to the Dutch side in the summer, but that move was scuppered by a pre-season injury.

The paper also says Manchester United will consider selling midfielder Jesse Lingard in January if he does not sign a new contract at Old Trafford.

Ousmane Dembele: Mundo Deportivo reports Liverpool are monitoring the Barcelona winger, who is out of contract at the end of the season.