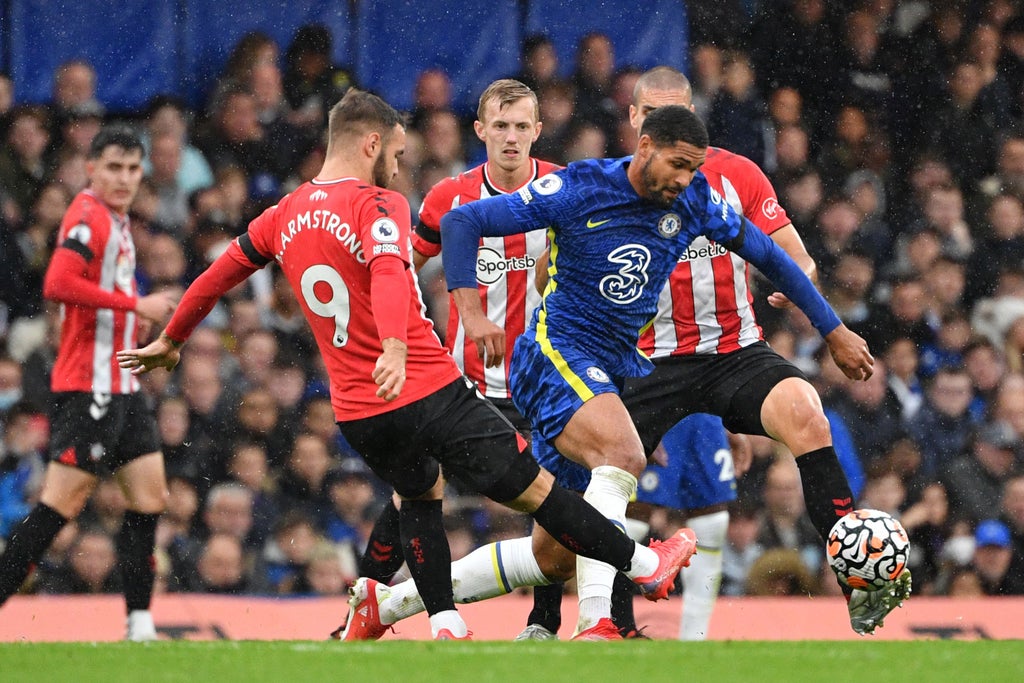 Thomas Tuchel has hailed midfielders Ruben Loftus-Cheek and Ross Barkley for turning their Chelsea situations on their head in the space of six weeks.

Barkley has impressed in two cameos in one week after being all-but surplus to requirements, while Loftus-Cheek made his first Premier League start since September 2020 on Saturday.

Both former England internationals could have been on the brink of Stamford Bridge exits but no deals materialised before the close of the transfer window.

But Blues boss Tuchel hailed the duo for putting their heads down and working their way back into first-team contention.

“Ross had a very good situation already in Juventus where he delivered the pass to Romelu Lukaku for our biggest chance in the game,” said Tuchel.

“But the most important thing is that Ruben and Ross feel no pressure, they are happy to have these chances, feel this support.

“Maybe they could not imagine to get minutes and important minutes six weeks ago. They can help us because they have this totally positive spirit because they don’t feel this pressure.

“In the last two games we felt something was lacking. So we decided to put Ruben in because we were aware of the high pressing in midfield and still we wanted to go through midfield.

“Ruben and Mateo Kovacic not only to pass but to drive through midfield. And of course for Ross we hope he can show what he’s been showing in training. He has a strong right foot and we hope he can maybe assist or shoot from distance and increase the pressure around the box.”

Kai Havertz and Hakim Ziyech have dropped off after an impressive start to the campaign, and Tuchel admitted he has to reward his form players – and let others take time to find their rhythm again.

“We always try to do the best to bring the players in best shape,” said Tuchel.

“But sometimes after a lot of chances we have to admit that Kai and Hakim are not in their best shape. It’s not maybe their fault but that’s the way it is. They struggle to be decisive in the moment.

“We had a period after pre-season where they were both very decisive for us. They lost a bit of belief or confidence or whatever and we will not stop to push them.

“Nobody is angry or has major concerns but we have to pay attention to actual form.”

Asked if he would consider tweaking his high-pressing gameplan, Hasenhuttl replied: “Why should we change? I’m not a big fan of parking the bus, even against big teams.

“This is how I want to see my teams playing. We were close to getting a surprise point and it’s a pity we didn’t.”