Chelsea need a ‘miracle’ for Mateo Kovacic to be fit for the FA Cup final against Liverpool, insists Thomas Tuchel… after midfielder hobbled off with ankle injury following HORROR lunge which saw Leeds winger Dan James sent off in Blues’ 3-0 win

Thomas Tuchel admits it will take a ‘miracle’ for Mateo Kovacic to be fit for Saturday’s FA Cup final after he hobbled off with an ankle injury following Dan James’ horror tackle.

Leeds winger James was sent off for his 24th-minute studs-up lunge on the Chelsea midfielder, who had to be replaced by Ruben Loftus-Cheek.

Asked if Kovacic would now be available for the weekend’s Wembley final against Liverpool, Blues boss Tuchel said: ‘It is very unlikely. 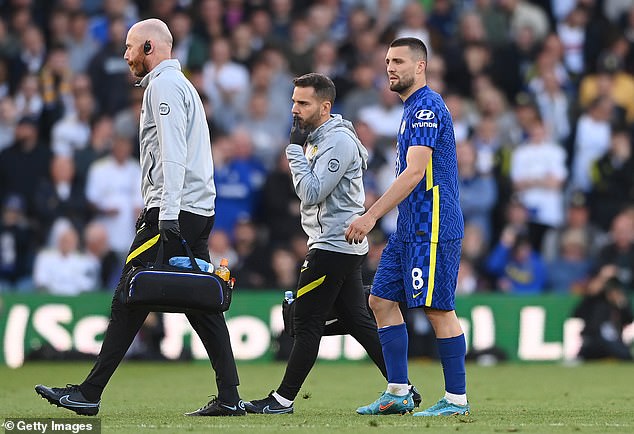 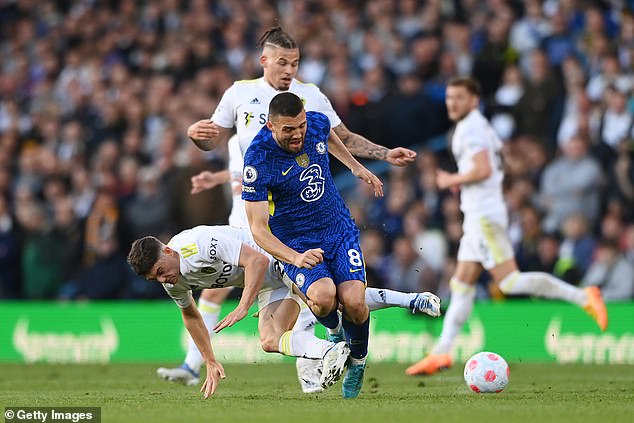 ‘Mateo went off and he never goes off. He has a swollen ankle and is in a lot of pain.

‘I am not a doctor and we need to wait for the examinations, but it is very unlikely he can play. It is absolutely bad news for us.

‘If he misses it, I am very disappointed because he was a clear starter. He is a key figure for us in midfield.

‘He is super, super hungry and determined and excited to play these matches and of course he is in fear he will miss it. 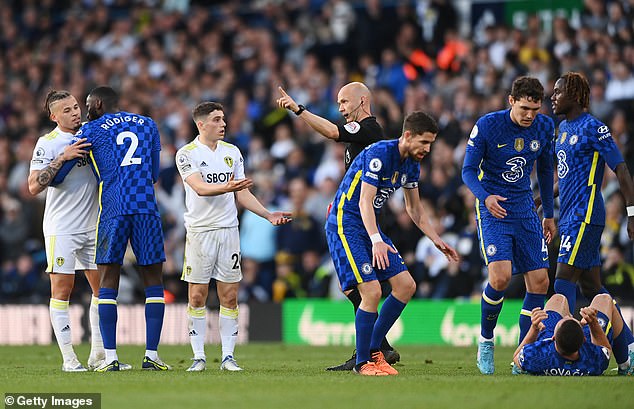 ‘We will see. We need to wait. Maybe we have a miracle and we make it possible.’

On James’ tackle itself, Tuchel said: ‘I’m not good at looking at these situations because it hurts me, physically, to watch it, but everybody tells me it’s a clear red card.’

Kovacic’s injury blighted what was otherwise perfect preparation for the final for Chelsea, who had drawn two and lost one of their previous three Premier League games.

‘We needed a performance like that, that’s the best message,’ added Tuchel. ‘We arrive to the final with a clear mindset because we did what we needed to do.’

For Leeds and manager Jesse Marsch it was more misery and they remain in the relegation zone going into their final two games of the season against Brighton and Brentford. 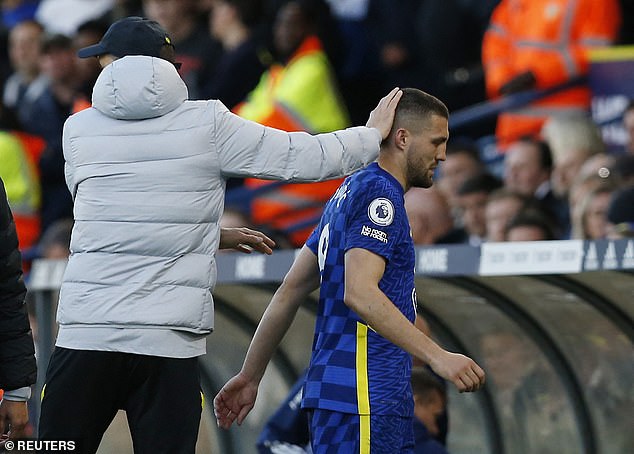 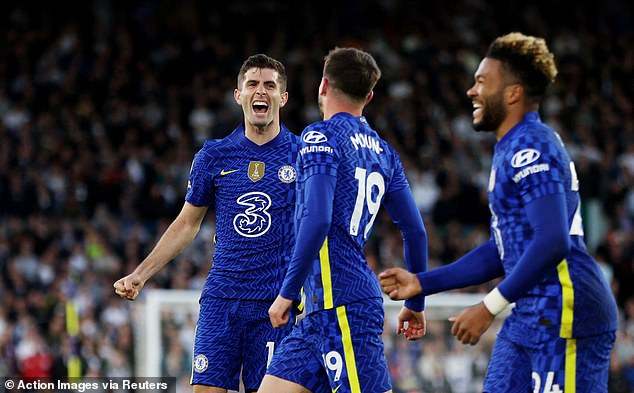 James’ early sending off follows Luke Ayling’s 27th-minute red card for a similarly wild challenge against Arsenal last Sunday, with both players now suspended until the end of the season.

‘I’m gutted. It is deja vu from the Arsenal game,’ said Marsch. ‘Two tackles in the last two games are crossing the line and hurting the team.

‘I’m not going to blame or finger point any of our players. But we have to stay within boundaries in not jeopardising ourselves.

‘We have to be aggressive against the ball but sometimes we have now been a bit too aggressive. Dan said he didn’t meant to do it. He feels terrible.

‘The players are fighting for each other and doing everything they can to keep themselves in this league. We’re up for the challenge.’ 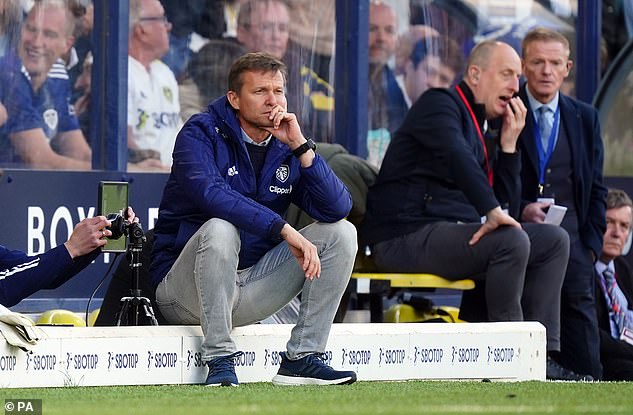