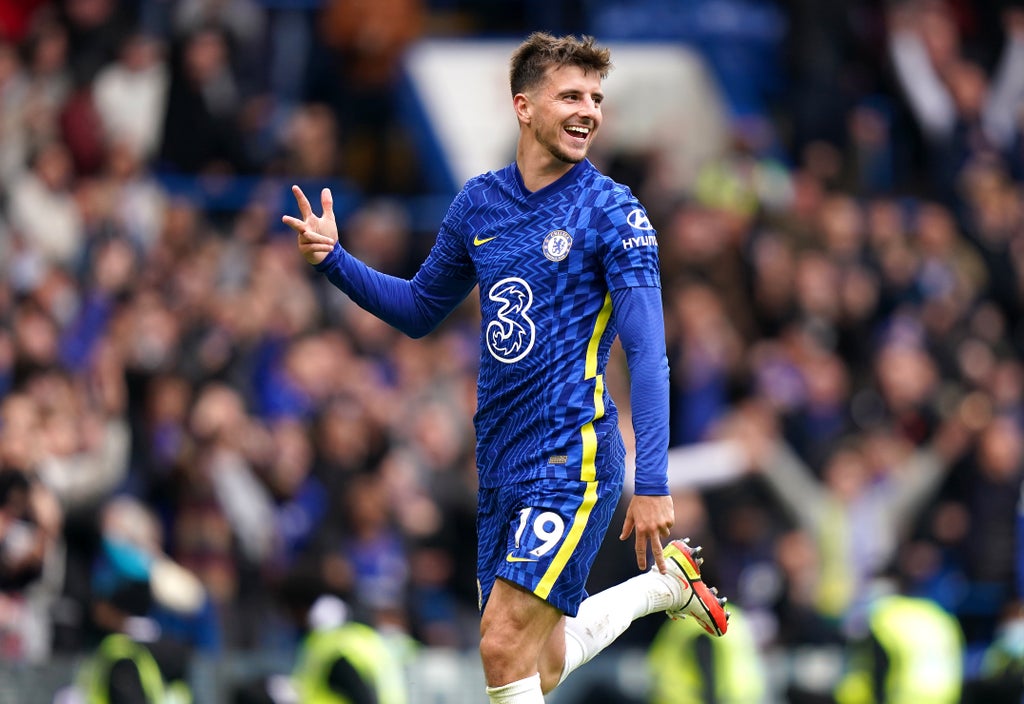 Thomas Tuchel believes Mason Mount will feel “lighter” after breaking his goal duck for the season with a hat-trick in Chelsea’s 7-0 Premier League hammering of 10-man Norwich.

Mount’s treble was bolstered by goals for Callum Hudson-Odoi, Reece James and Ben Chilwell with Max Aarons putting through his own net.

Norwich had Ben Gibson sent off in a chastening afternoon for the Premier League’s basement club, with the Canaries 3-0 down by half-time.

Mount led the charge from Chelsea’s academy graduates as the Blues cemented top spot in the Premier League, with boss Tuchel delighted the England forward moved off the mark for the campaign.

“A hat-trick for Mason is huge, it’s a massive moment for him; he’s very, very proud,” said Tuchel.

“I felt him a bit lighter, plays with a bit more freedom in the last matches. This is what we need.

“He’s still had a lot of games for him at a young age.

“He’s very competitive and very serious about the goals he wants to reach. I feel him a bit lighter now.”

Tuchel hailed Mount’s importance to Chelsea’s 3-4-3 formation, with the 22-year-old able to fill a hybrid role to bridge midfield and attack.

“Well as you know, we play in most games with three strikers and Mason is one of them,” said Tuchel.

“You can say he’s maybe between an eight and a 10, so not a real striker, so in that way we really depend on him. He plays a key role.

“The wing-backs play with more freedom to help our strikers really in the last line and they feel more and more confident.

“It’s a complex game. There’s very rarely one reason why things happen like this – but we depend on Mason and we want to.

“We like his style, where he comes from, his personality and he’s a top guy. So we’re very happy for him.”

While Chelsea ensured they will stay top of the table whatever happens elsewhere this weekend, an abject Norwich were consigned to the foot of the table.

“I’m sure you can imagine how the spirit is in the dressing room,” said Farke. “Even with our best possible performance, if Chelsea had a good day they would still win.

“In all topics, we gave possession away so unnecessarily, not aware enough in defending.

“The individual pride of everyone connected to the yellow shirt takes a hit and you must take this pain into the next game.”