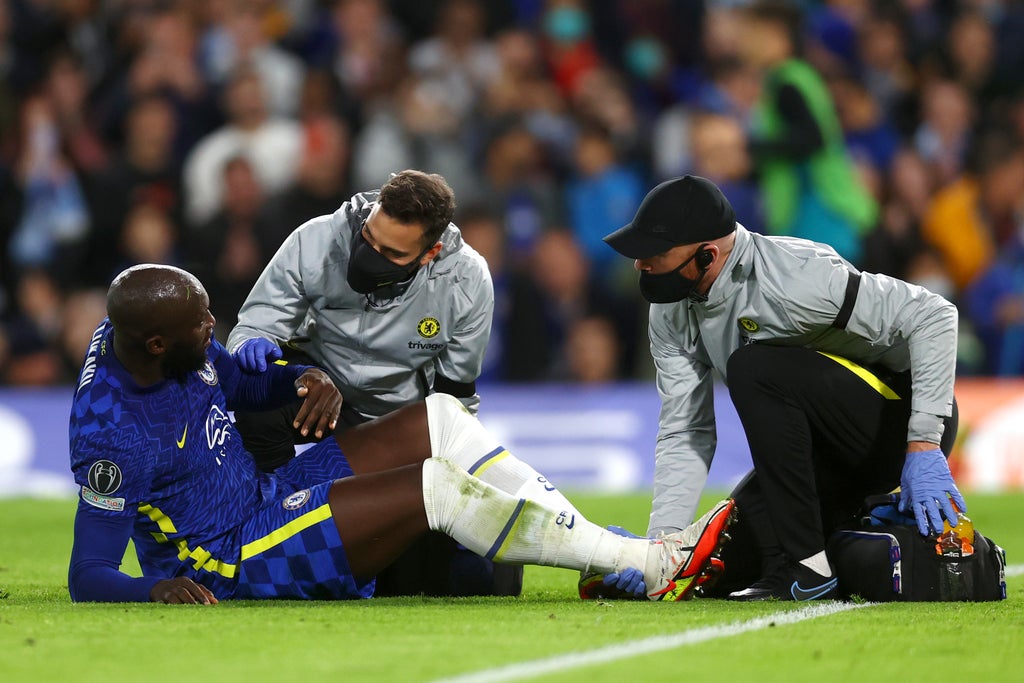 Chelsea manager Thomas Tuchel is expecting Romelu Lukaku and Timo Werner to be facing spells on the sidelines after both forwards picked up injuries in the 4-0 win over Malmo in the Champions League on Wednesday.

Lukaku suffered an ankle injury after he was tackled from behind in the penalty box and was immediately replaced by Kai Havertz after limping down the tunnel. Werner then pulled up with a hamstring problem and was quickly brought off under assistance from the Chelsea medical team.

Chelsea face Norwich in the Premier League on Saturday before they host Southampton in the EFL Cup and travel to Newcastle in the following week.

Tuchel had elected to start Lukaku despite admitting before the match that the striker was suffering from being “overplayed” after a hectic schedule of matches for both club and country.

Both players will undergo assessment on Thursday to determine the extent of their injuries, but Tuchel said he was preparing to be without both players for “some matches”.

“We have a twist of the ankle for Romelu, and muscle injury and hamstring for Timo, so they will be some days out I guess,” Tuchel told BT Sport after the match.

“Normally we are in a good place injury wise, only Christian Pulisic is out, but we miss everybody. We have a lot of games, lot of competitions, so now we have to deal and find solutions, no excuses.

“The two were in good shape, they are dangerous and can create and score so now we need to find solutions and guys who waited for their chance need to step up and score. The race is on, the guys who start against Norwich have our trust and we will try to find new solutions.

‘We have won games before with Werner and Lukaku, we don’t want these problems too often but it happens during a season.”

Havertz scored Chelsea’s third goal following his appearance from the bench while Mason Mount impressed on his first start since returning from injury.

Pulisic remained unavailable but the United States attacker is “very close” to returning following his ankle injury, with the 23-year-old not featuring for Chelsea since August.