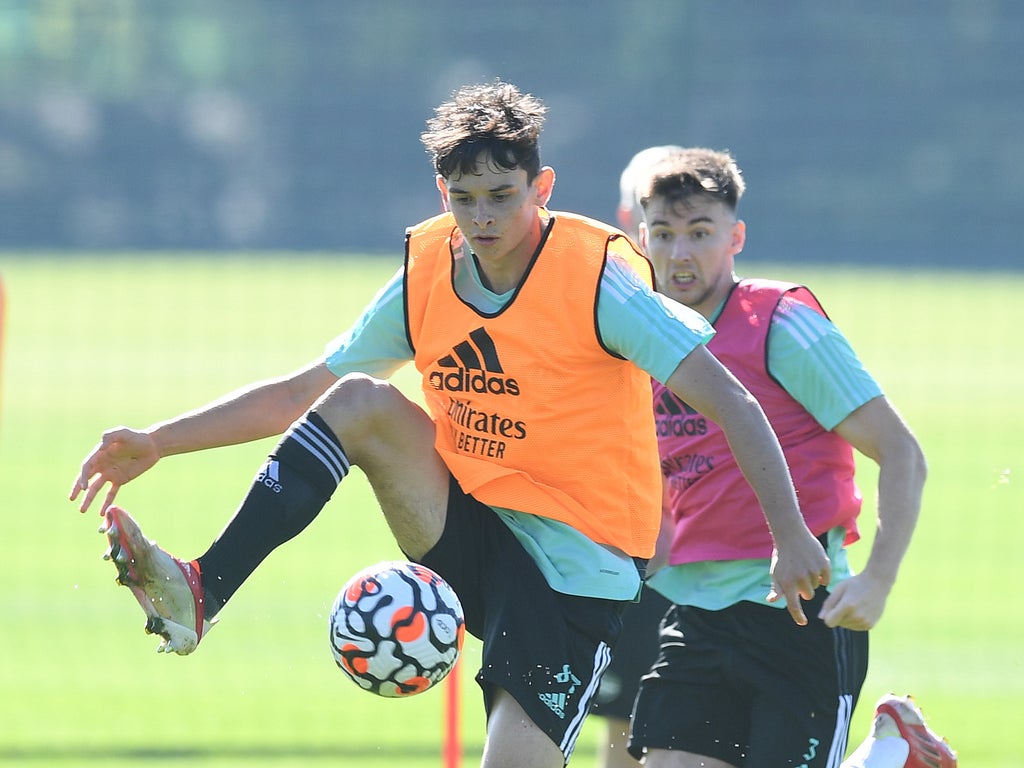 Jack Wilshere may have only just returned to training at former club Arsenal but has already earmarked Charlie Patino as a player who will have a bright future.

Former England international Wilshere is currently training with Arsenal’s Under-23s as he looks to gain fitness and find a new club.

The 29-year-old, who has been a free agent since leaving Bournemouth at the end of last season, will also occasionally train with the Gunners first-team as well as studying coaching approaches.

Wilshere watched on from the stands as Arsenal’s Under-21s won 4-3 at Newport in the Papa John’s Trophy on Tuesday night.

Patino did not play having made his England Under-19s debut last week and has already made a name for himself among the fanbase, who were keen for him to make his first-team debut in the Carabao Cup last month.

Wilshere, too, has seen enough of the 17-year-old to back him to make it at the club.

“I know him. I’ve seen him play and he’s a good player,” Wilshere ysaid. “He’s obviously really young still and got a lot of developing to do but he’s definitely one who everyone at the training ground is talking about.

“The first-team players know who he is and he is a good player and one for the future for sure.”

Wilshere knows what it takes to progress through the ranks and make a name for yourself at the Emirates Stadium but is keen for comparisons between Patino and himself to be kept to a minimum, adding: “Yes, there are some similarities.

“There are quite a few but he is a different player as well and I think it is important people see him for who he is rather than say: ‘oh he is the next Jack Wilshere’.

“He has certainly got some qualities I didn’t have and there are things he needs to work on but he is going to make a name for himself in the future.”

Wilshere, talking as an ambassador for the Utilita Kids and Girls Cup, insists he remains focused on getting fit at Arsenal and does not expect to sign for the club again.

His agreement runs until the end of January and will see him take his first steps into coaching as well as participating in training sessions.

“It is good to be back – first of all at Arsenal but also just around players,” he said. “Before when I was training on my own and that brings its own difficulties so to be around top-quality players is nice.

“It is just until January. I’m just focused on getting as fit as I can, training as much as I can and being around good players again and learning from them and the manager and see where I am in January.

“I’ve been to a couple of Under-23 games because I’m going to start helping them and coaching them and the best way to get to know players is to go and watch them play in games and learn about them.”

Arsenal academy boss Per Mertesacker played alongside Wilshere at the Emirates Stadium and played a role in setting up the temporary arrangement with his former team-mate.

Wilshere praised the work being done by Mertesacker as he looks to use his own experiences to help the potential Arsenal stars of the future, even if returning to playing is his main goal.

“He is a good guy, Per,” he said. “He was a good team-mate and has settled into his new role really well and he is an organiser, he was on the pitch as well.

“He has set me some tasks, some teams to coach but it is what I want to do so I’m looking forward to it.

“It’s strange because I still feel young but I’ve trained with them a couple of times and I’m 12 years older than some of them, which is very strange.

“But I’m looking forward to helping them because I’ve walked in their footsteps, I’ve done that walk from the youth team to the reserves to the first-team and I’ll help them in any way I can.”

:: Utilita have partnered with the EFL to power one of Britain’s biggest junior football tournaments, The Utilita Kids and Girls Cup. As part of Utilita’s work to help kids keep active through playing football, more than 22,000 schoolchildren will take part in the six-a-side tournament for the chance to represent their local EFL club and compete for a once in a lifetime appearance at Wembley. To find out more, visit www.efl.com