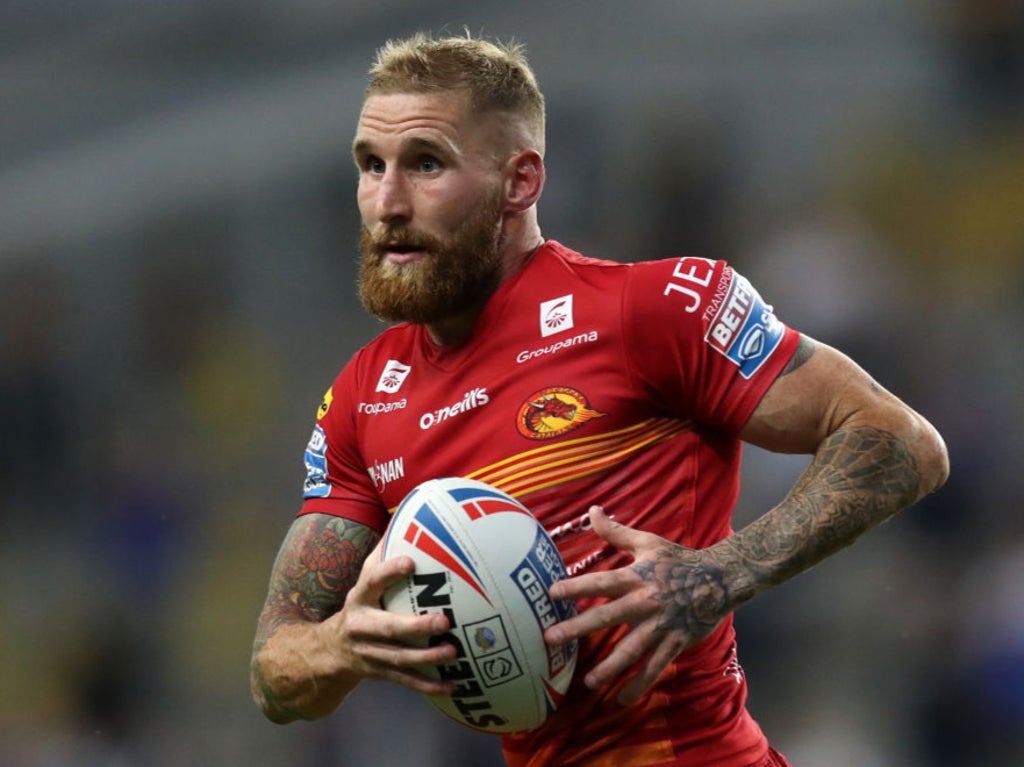 Sam Tomkins expects to be fit for Saturday’s Super League Grand Final but will not be training prior to it.

Looking ahead to that contest on Wednesday, the newly crowned Man of Steel said: “I think I’ll play.

“I can’t really say anything else, but I’ll just have to wait until Saturday to be honest. I won’t be training before.”

Tomkins, who helped Wigan win the Super League in 2010, 2013 and 2018, accepts Saturday could be the last Grand Final appearance of his stellar career.

“Of course it could,” the 32-year-old England captain said. “I’m confident I’ll be playing for the next couple of years and hopefully still at the Dragons, where we’ll be competing. But there’s no given.

“It’s a huge opportunity for everybody. Everybody’s got their own narrative, their own little sub-story as to what it means to them.”

While Catalans – the table-toppers in the regular-season standings with St Helens coming second – are in the final for the first time, their opponents are going for a third successive title.

Tomkins feels it is “fair” Steve McNamara’s men are regarded as underdogs but has stressed his confidence the French outfit are able to “beat anybody”.

The full-back said: “I bet they (St Helens) were strong favourites with five minutes to go at Magic (Weekend, when Catalans beat them 31-30).

“Being underdogs isn’t something that worries us. We know we have a great team here, a great set-up, a great plan. If we execute well, I think we can beat anybody.

“We can go out there, enjoy ourselves and have a crack at it. We’re not expected to win – we’ll just do all we can to do it.”

With Tomkins now able to “sort of see the end of my career, whether it will be the end of next year, the year after”, he says it “means a little bit more” to be named Man of Steel compared to when he first achieved the feat in 2012.

Having gone from being an apprentice greenkeeper at a golf club in Wigan to making over 200 appearances across two spells with the town’s club, Tomkins moved on to Catalans in 2019.

The father of four says France has not changed him as a person but “opened my eyes to a new culture that I’m really enjoying” and “made me and my family probably stronger and closer”.

Tomkins also said of his off-field experience in France: “One of the board members was saying, ‘Has it been crazy, people speaking to you all the time about the final?’ I said, ‘No – you want to see it in Wigan, if you’ve got a Grand Final and you try go to Tesco that week… It’s not happening!’

“You’re not getting your milk, you’re just getting hammered off everybody, off friends for tickets, people you’ve not spoken to since school dropping you messages saying, ‘Hiya mate, how’s things? By the way, can I have 12 tickets and 15 shirts?’

“I don’t get any of that here. I just walk down the street and neighbours just say, ‘Good luck this week, really excited, hope you can do it’. It’s a completely different build-up to a final to what I’ve ever had.”

Saturday’s match will be the last for Tomkins’ brother Joel with Catalans before joining Leigh.

And the younger sibling said: “It’s been brilliant having Joel (who joined the club in 2020) here, his family spending loads of time with mine, we’ve both got young kids. We’ll be in France for a while longer, me, my wife and kids, so having this time with Joel and his family has been brilliant.

“It’s something we’ll look back on with real fond memories, that we got to live together in an amazing place with your brother and your families together.”