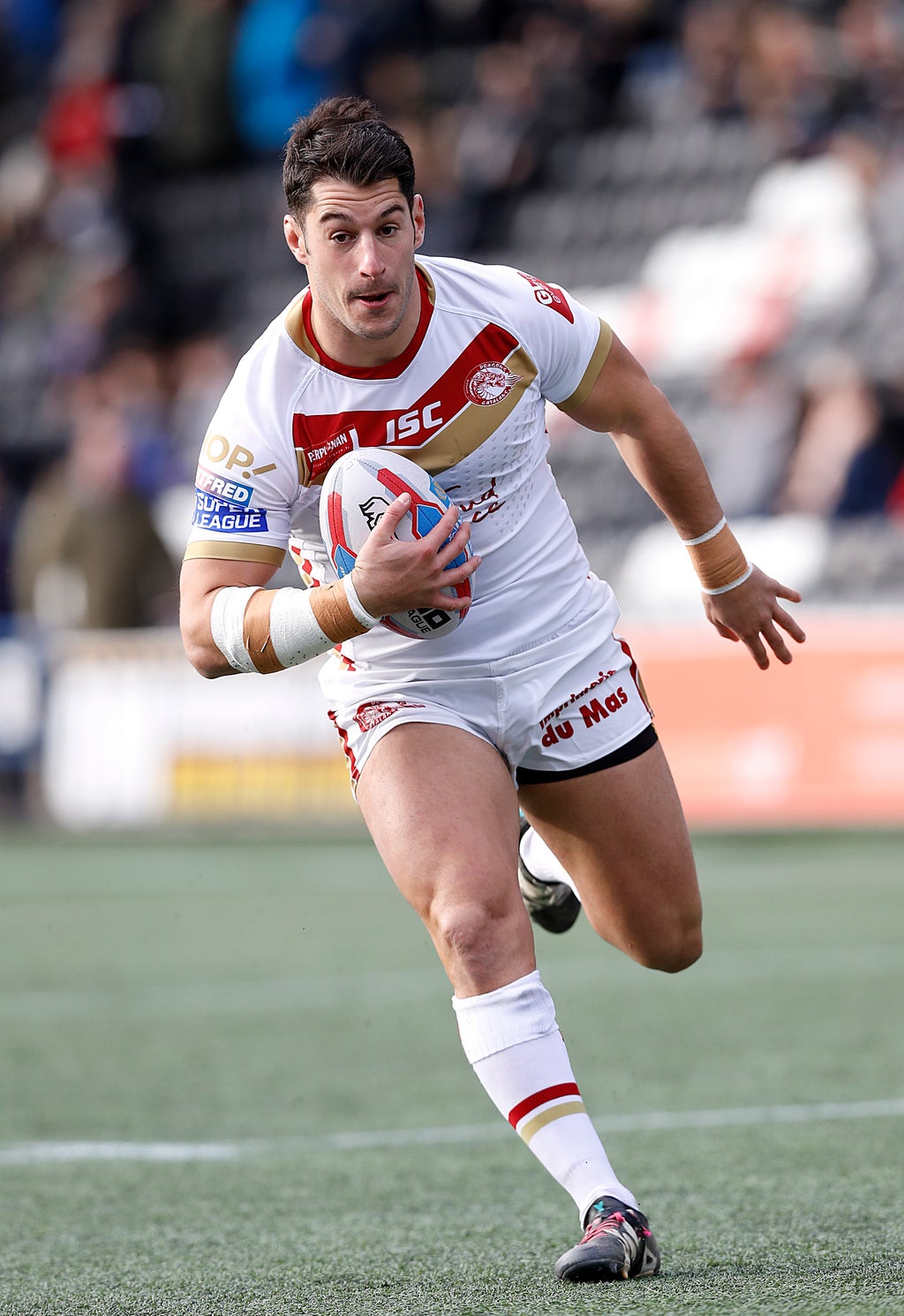 A sold-out Stade Gilbert Brutus saw Les Dracs beat the Robins for the fourth time this season, a match too far for Tony Smith’s depleted troops.

It did not start too well for the Dragons with a fumble from Arthur Mourgue, standing in for Sam Tomkins at full-back, and a penalty for a high tackle from Michael McIlorum, then the young French stand-in was penalised for a double-movement when he looked likely to score in the seventh minute.

It was left to Catalans’ captain Ben Garcia to open the scoring when he took Rovers’ winger Ben Crooks over the line after winning the fight for a high ball with visiting full-back Will Dagger in the ninth minute, Maloney adding the conversion to make it 6-0.

A period of stalemate then ensued between two sides who had already fought out three tight encounters this season, but when giant substitute Sam Kasiano entered the fray the Dragons went into overdrive.

First, winger Fouad Yaha was pulled back for a forward pass after he crossed the line on the left before Josh Drinkwater collected an interception and ran 80 metres to score in the 31st minute. Maloney made it 12-0 with a simple conversion.

Kasiano’s destructive force up the middle of the pitch was taking its toll but it was the brute force of another substitute forward that led to the next score.

Rovers’ hulking prop Albert Vete came off the bench to wreak some havoc of his own and a couple of powerful bursts led to centre Shaun Kenny-Dowall striding over the Dragons’ line on the left, too wide for Jordan Abdull to add the conversion three minutes from the interval.

At 12-4, Catalans still had work to do in the second half but a high kick from Maloney was fumbled near his line by Dagger and was pounced on by Mourgue in the first minute. The video referee agreed with official James Child that the young Frenchman had grounded correctly to make it 16-4.

A series of penalties to Rovers had French fans howling but the return to the pitch of captain Garcia put Catalans back on the front foot.

A blistering break by Mike McMeeken and Tom Davies on the right was switched to the left for winger Yaha to strike in the corner in the 61st minute.

Joel Tomkins was pulled back by the video referee for a knock-on over the line but when Drinkwater stroked a grubber over the chalk, substitute Joe Chan was quick to pounce for the Dragons’ fifth try. Maloney added the conversion to leave Catalans within touching distance of victory, leading 26-4 with 11 minutes left to play.

Rovers struck back with a try from winger Ryan Hall in the 74th minute, converted from the touchline by Abdull, but a penalty goal two minutes from the end by Maloney finished the game at 28-10, leaving French supporters dreaming of an historic day at Old Trafford.