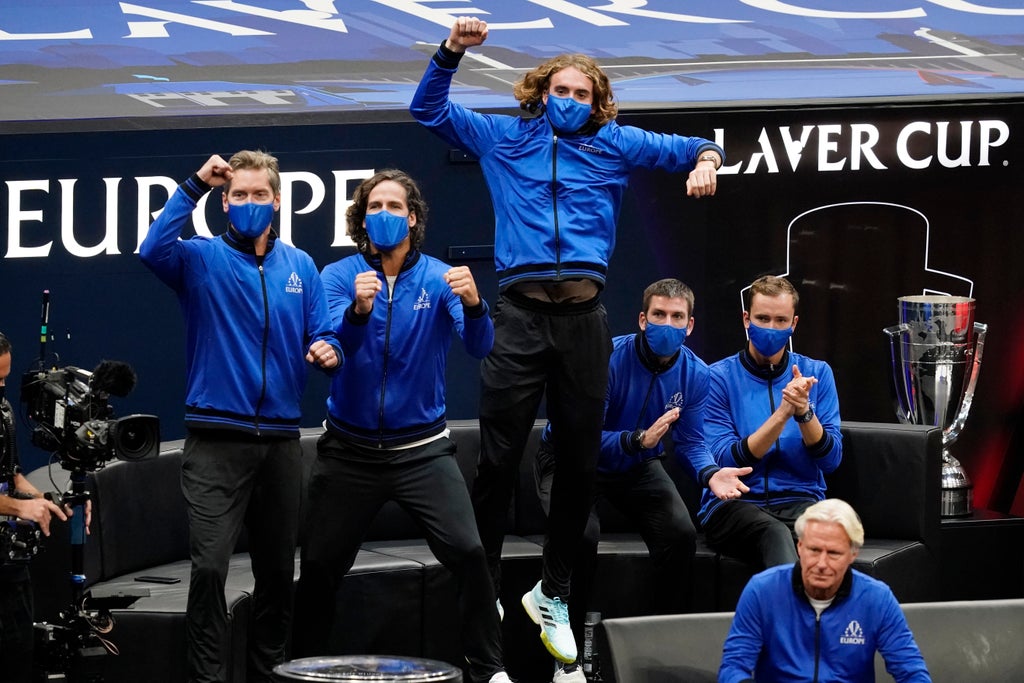 Casper Ruud and Matteo Berrettini gave Team Europe a 2-0 lead as the Laver Cup got under way in Boston.

The Ryder Cup-style event is being played on the same weekend as the golf behemoth and, for the first time since its inception in 2017, is missing Roger Federer Rafael Nadal and Novak Djokovic.

Federer, who helped create the tournament, flew in to add some stardust from the stands and witnessed Europe, who are looking for a fourth consecutive victory, make a fine start against Team World.

Norwegian debutant Ruud took on giant American Reilly Opelka first up and recorded a 6-3 7-6 (4) victory before Italian Berrettini came from a set down to win a tight tussle 6-7 (3) 7-5 10-8 against Felix Auger-Aliassime of Canada.

At the Moselle Open in Metz, top seed Hubert Hurkacz ended the run of Andy Murray with a 7-6 (4) 6-3 triumph.

It was a good day for the favourites, with second seed Pablo Carreno Busta defeating teenager Holger Rune 6-4 3-6 6-4, while third seed Gael Monfils reached his first semi-final since February 2020 with a 6-3 6-3 victory over Nikoloz Basilashvili.

Second seed Alexander Bublik is within sight of a first ATP Tour title at the Astana Open.

The Kazakh, a four-time finalist, is the highest-ranked player left and was a 6-3 6-4 winner against Carlos Taberner in the quarter-finals.