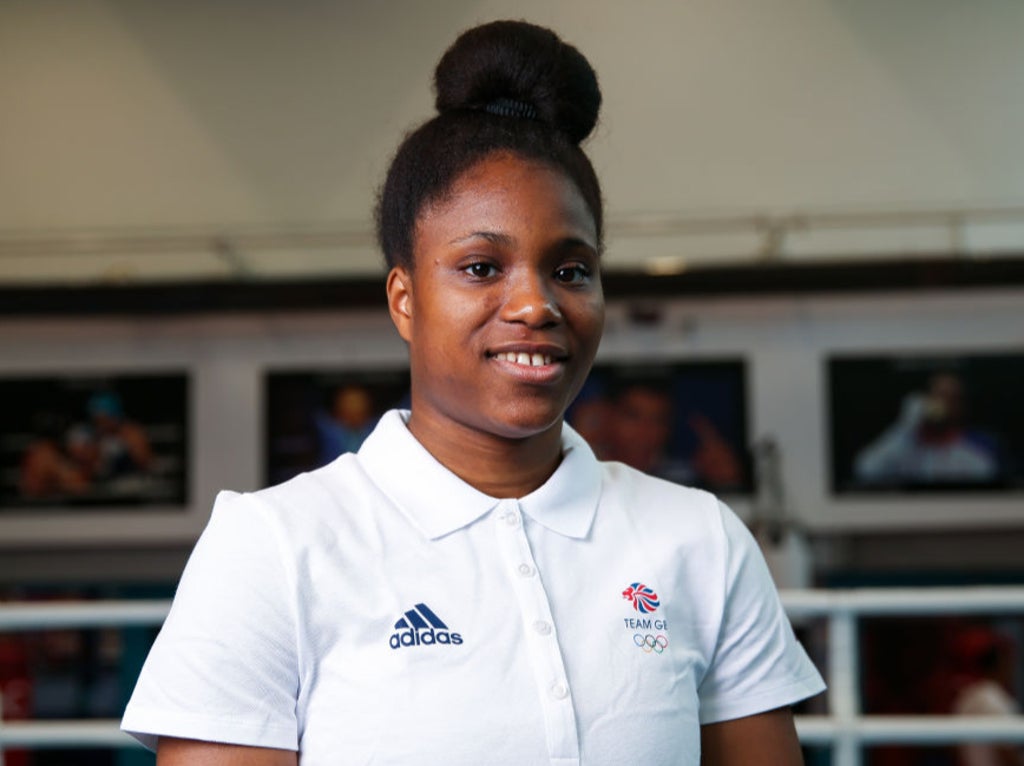 When Caroline Dubois took those last nervous steps towards the ring at the Tokyo Olympics this summer, she paused for a second and allowed her mind to wander. “I remembered the excitement I felt when I watched in 2012; how I’d always imagined myself being there ever since,” she says. “I wish that 11-year-old version of me could have seen me walk out in Tokyo. I’d want to know how proud she was that I got there.”

The culmination of a decade’s unwavering commitment, Dubois’ entire childhood had been shaped around reaching the Games, leapfrogging domestic rivals and dethroning international veterans at astonishing speed. Widely hailed as one of British boxing’s most exciting prospects, in the end, the 20-year-old fell just one round short of a bronze medal in Tokyo, losing a split decision in the quarter-finals but as the youngest member of Team GB’s boxing squad, that hardly represented a shortcoming. “I went in there against the best girls in the world and they weren’t out of my league,” she says. “It was a crazy experience and a good eye-opener of what my level was. My coach said to me: ‘If you realise how good you are, you’ll become unstoppable.’ I’m still going through that process of realising how good I can be.”

Next month, Dubois will take those prophecies into a professional career, her pursuit of medals replaced by the promise of titles and legacy, a road that entails far more riches but requires no less fortitude. Fuelled by a constant desire to break old records and broach new ground, the confines of another Olympic cycle was never a realistic option, even if she admits defeat did inevitably – if only momentarily – leave her “confused” and somewhat unfulfilled. But a new chapter brings larger goals, ones that can burn for another decade and demands total dedication from every aspect of her life. “When I retire from boxing, I want to know I’ve pushed myself to the absolute limits so I can leave with no regrets at all,” she says, in acknowledgement of those sacrifices. “I want people to remember me, respect what I did, and leave a legacy behind as a great fighter.”

It is a singular but shared focus in the Dubois household, where boxing has been passed down through the blood of generations, ever since one of their ancestors, Sylvia, an African-American slave, reclaimed her freedom as a bare-knuckle fighter in the 18th century. “When I get in the ring, I’m fighting one person,” Caroline says. “Sylvia was fighting just to get from one day to the next. Without her inspiration just to survive, I wouldn’t be alive today. And when you’re watching me, it’s not just me, it’s a whole lineage, it’s everybody, and I hope they’re proud of what I’ve done.”

One of eleven siblings, Caroline’s older brother, Daniel, has already trodden that path in the present and remains one of the world’s outstanding heavyweight prospects, even after suffering a first professional defeat against former Olympic silver medallist Joe Joyce last year. “We all still live together in our family home. We always push each other and always tell each other what we need to improve on. It’s good to have someone you trust watching your back,” Caroline says, although she admits watching Daniel fight can be “the worst feeling ever”.

“When I get into the ring myself, I’m usually very calm. I know what I need to do and I’m just trying to prepare my mind for that. But when I’m watching my brother, I’m screaming my head off. It’s horrible because I’m totally out of power and there’s nothing I can do to help.”

Raised exclusively by their father, Dave, a former street trader in London who amassed a fortune distributing posters in New York, Caroline credits much of her own success to her father’s mentality. She had tried various sports as a small child but was intent on following her brother into boxing. “There were hardly any female professional boxers at the time, there were no Olympics for female boxers, but he saw how serious I was and pushed me into it, even when people around him were saying girls shouldn’t box,” she says.

Knowing Repton, an amateur club in East London, did not accept female boxers, Dubois had to pretend she was a boy called Colin in order to train alongisde her brothers. “At the time, I didn’t care at all,” she says. “As soon as I walked into the gym, I just felt like I could be myself. I loved the seriousness of it. That moment when you get in the ring, it was like flicking a switch and tapping into another part of your personality. I can remember it like it was yesterday. It was the lightbulb moment that made me realise this is what I wanted to do.

“Even though my dad said to say my name was Colin, he never once did that. After my first spar, he was so proud and excited he started shouting, saying: ‘You know she’s a girl.’ He was just happy I enjoyed it. As I’ve gotten older, I realise how important it was, having the attitude that we’ll do whatever it takes. I know that in my own character and that started to be shaped from the first moment when I had to say I was a boy. Nothing’s been given to me and I’ve already proved people wrong.”

And so now all that is left is to reset the goals and start again. The dreams born as a child watching the 2012 Olympics have already been realised at a rate quicker than anyone expected. This time, she says, it’s about ensuring the next generation who sit fixated in front of the television “want to type Caroline Dubois” when forming their own.