Carlo Ancelotti was asked if he had ever seen a goalkeeping performance like Thibaut Courtois’ and his reply summed up what he thinks of the Belgian: ‘I have seen plenty,’ he said, ‘but also from Courtois’.

The former Chelsea keeper has been outstanding all season but there were still those who doubted the claims emanating from Madrid that he’s now the best in the world. On Saturday night he proved it over 90 minutes to win his first Champions League.

‘I needed to win a final for my career and for people to respect me because I don’t think they do especially in England,’ he said after the performance of his life with nine saves to keep Liverpool at bay. 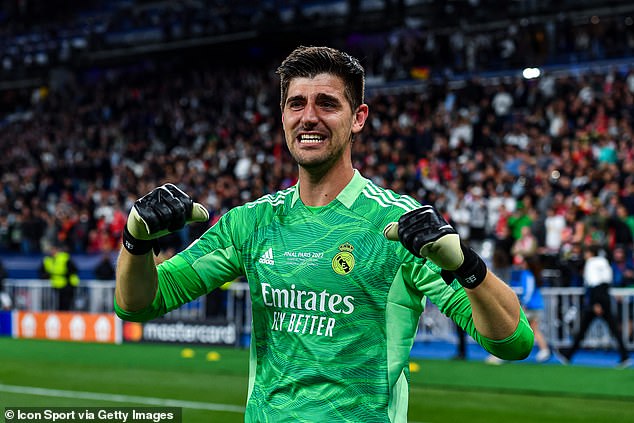 ‘I just feel sorry for my brother,’ he added. ‘He is getting married on Sunday and I can’t be there.’

Respect as always been a problem for Courtois. He performed well at Chelsea and Atletico Madrid but neither set of supporters seemed to have any enduring affection for him.

They booed him at Stamford Bridge when he went back in a Real Madrid shirt and they pelted him with toy rats at Atletico’s Metropolitano stadium. 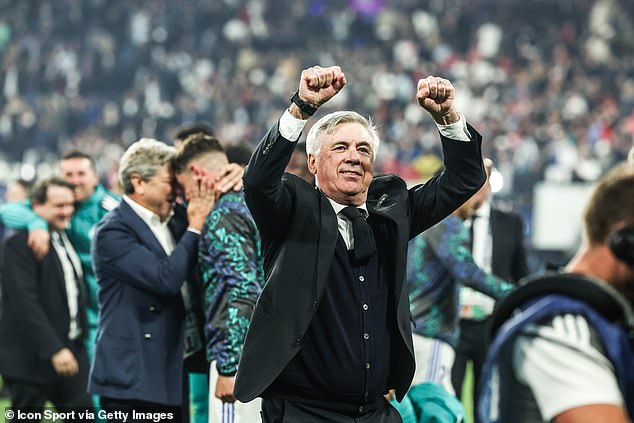 His only previous final had been in 2014 for Atletico and he was seconds from finishing it as a winner only to be beaten by Sergio Ramos – a goal which forced stoppage time in which he was beaten three times more as Atletico lost 4-1.

He was asked in an interview late last year by Futbol Emotion: if you could take one trip back in time what would it be?

He didn’t need any time to think about his answer: ‘I would go back to the Lisbon final,’ he said. ‘And I’d stop Ramos’ header.’

When he moved to Real Madrid that stoppage time header from Ramos continued to haunt him because there was a picture of the moment on the dressing room wall, put there to glorify Ramos. 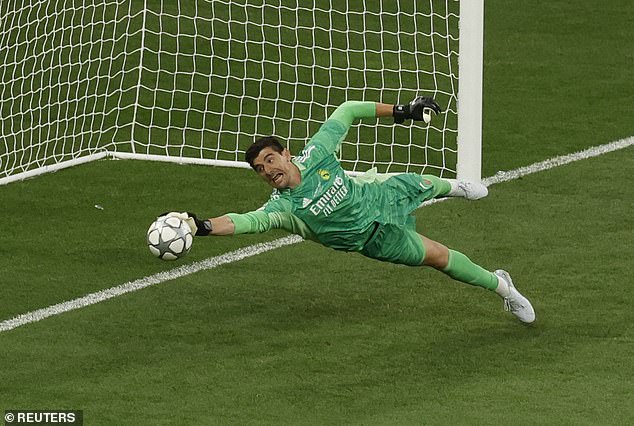 Ramos had also contributed to Courtois’s difficult start at Real Madrid. He was big friends with Keylor Navas who was still at the club when Courtois arrived and the Belgian was made to feel like an unwanted outsider at times.

Being scorned by former supporters wouldn’t have mattered if his new ones had taken him to heart but in an inconsistent first couple of seasons when he was dubbed ‘the invisible keeper’ because every shot was a goal, that did not happen. There are no doubts now and jubilant supporters were on Saturday night calling for him to be on the Ballon d’Or podium.

‘He made three or four saves to win it for us,’ said Real Madrid defender Dani Carvajal.

‘He’s had an extraordinary season,’ said Real Madrid president Florentino Perez. ‘There were great saves tonight but don’t forget the save with his foot in extra-time against Manchester City. He is the best in the world.’ 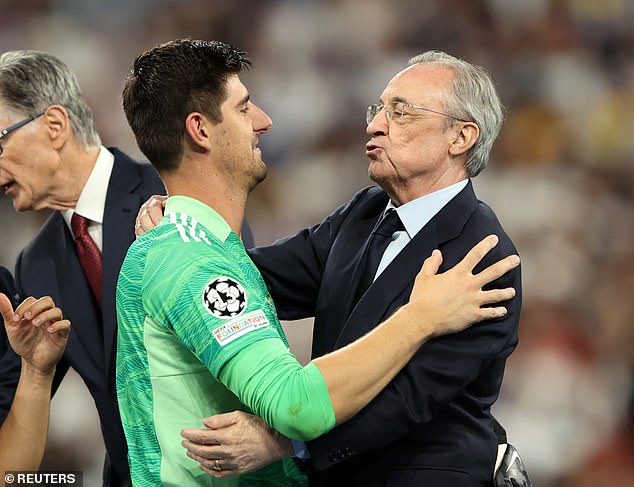 Courtois’ match-winning display almost meant his coach Carlo Ancelotti stepped ahead of Bob Paisley and Zinedine Zidane as the only coach to have won the European Cup four times.

Zidane was in the Stade de France to see him do it and it was fitting that Vinicius got Real Madrid’s winning goal. The 21-year-old Brazilian is one of Ancelotti’s greatest successes in a season of so many.

Zidane never trusted him, taking him off early in the second half of games to the point where at times he lost his focus off the pitch and his faith in front of goal on it.