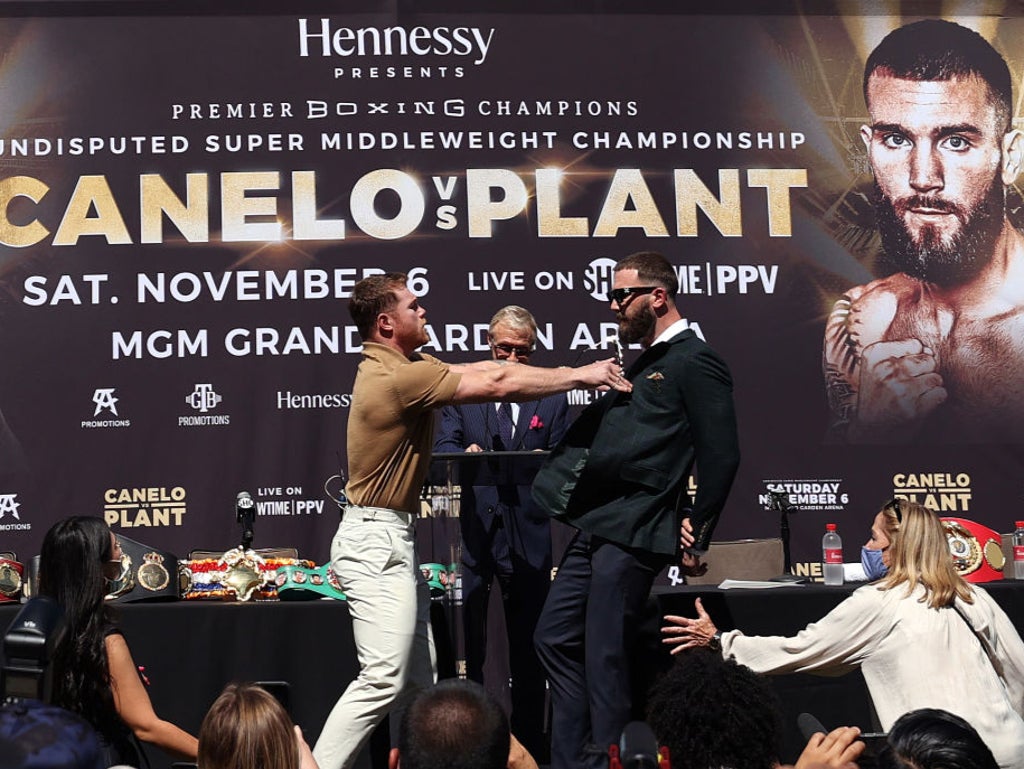 Canelo Alvarez will bid to solidify himself as the best pound-for-pound fighter in boxing when he takes on Caleb Plant for the undisputed super-middleweight title.

The Mexican currently holds three of the four belts at 168 pounds and only needs Plant’s IBF title to complete the set.

But American Plant has a perfect record from his seven-year professional career and has riled up Alvarez after the pair traded punches in their recent press conference.

Can he become the first man to solve the Canelo puzzle since Floyd Mayweather gave him his only loss back in 2013?

When is the fight?

The fight will take place on Saturday 6 November but will be in the early hours of Sunday 7 November UK time. The main event is expected to begin around 5am BST.

The pair will square off at the MGM Grand in Las Vegas, Nevada.

You will be able to watch the fight on BT Sport Box Office for a price of £19.95. Subscribers can live stream the event online and through mobile devices. The fight will be preceded by a BT Sport Fight Night, live on BT Sport 1HD from 7.45pm.

What have they been saying?

Canelo and Plant dramatically swung punches at each other after the Mexican was labelled a “drug cheat” in a highly intense first face-off.

“Mark my words, b***h. And you’re a b***h, too,” he then said as he directed his attention towards Canelo’s trainer Eddy Reynoso.

Alvarez tested positive for the chemical clenbuterol in 2018 and received a six-month ban. He maintains the findings were the result of contaminated meat.

Canelo then replied: “Don’t make excuses before the fight,” before Plant added: “You’re a cheater. You got suspended for six months.”

Canelo wrapped up the war of words by saying: “Say whatever you say; I’ll see you 6 November.”

The pair then came face-to-face for the first time, with Alvarez pushing Plant away before the American swung a punch, which the Mexican slipped. Canelo then through a short punch of his own before they were pulled apart by security.