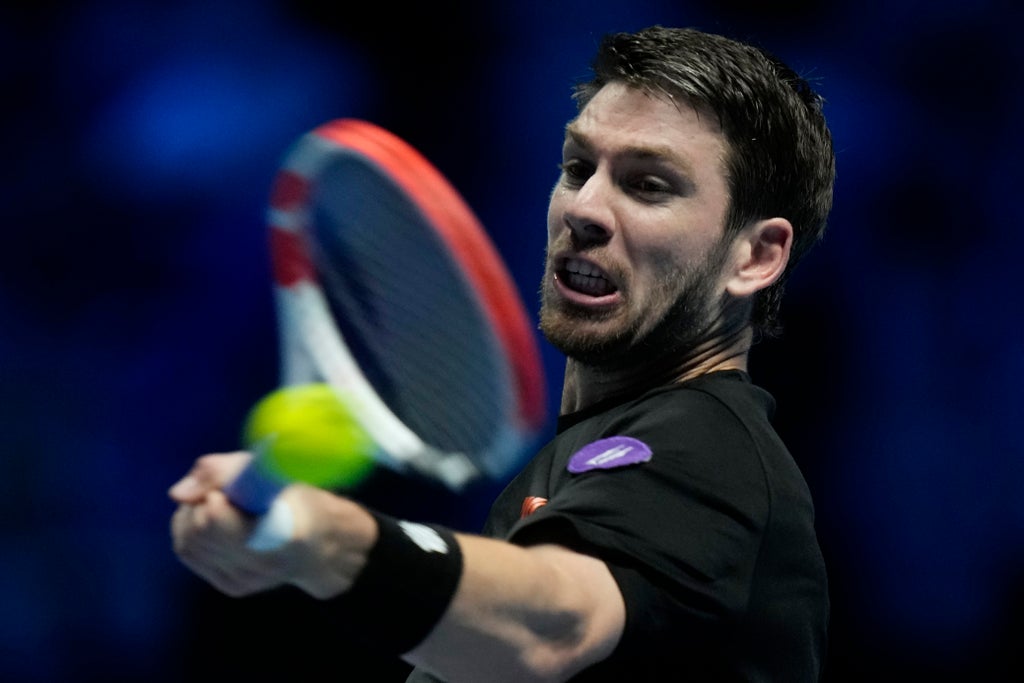 Cameron Norrie was beaten by Casper Ruud on his Nitto ATP Finals debut after replacing the injured Stefanos Tsitsipas.

The British number one found out earlier on Wednesday that he would get his chance in Turin when Tsitsipas decided to pull the plug because of an ongoing elbow problem.

Norrie made a flying start against Ruud but the Norwegian turned the match around to win 1-6 6-3 6-4 and make it a straight fight against Andrey Rublev on Friday for a place in the semi-finals.

Two alternates have made it into the tournament for the first time since 1998, and Norrie was hoping to follow in the footsteps of Jannik Sinner, who seized his chance impressively on Tuesday after replacing fellow Italian Matteo Berrettini.

Norrie certainly could not have done any more in the opening set but a wayward end to the second proved the turning point and eighth seed Ruud was the better player in the decider.

Norrie, who began the match with an outside chance of making the semi-finals, will now take on Novak Djokovic in his final match on Friday.

It will be a first meeting for 26-year-old Norrie against world number one Djokovic and, although it is a dead rubber, there is still 200 ranking points and more than £120,000 on the line.

Djokovic, who is chasing a record-equalling sixth title, booked his place in the semi-finals with a 6-3 6-2 victory over Rublev.

As he had in his first match against Ruud, Djokovic was broken in his opening service game, but from there it was smooth sailing for the top seed.

Djokovic’s defensive powers and excellent serving frustrated Russian fifth seed Rublev, who made far too many errors and slipped to defeat in just 68 minutes.

Djokovic praised Norrie ahead of their meeting, saying: “Even though he got in as a second alternate, it’s not undeserved. He had a fantastic year, winning Indian Wells and being one of the most consistent players on the tour. He definitely deserves to be playing in Turin.

“The good thing is that I qualified for the semi-finals, so I won’t have that much pressure to win the match, last match of the group, but obviously every match matters, so I will go with the intention to win.”

There were mixed fortunes for the British players in doubles, with Joe Salisbury and his American partner Rajeev Ram close to reaching the semi-finals but Jamie Murray and Bruno Soares are out.

The Scottish-Brazilian pair were beaten by Salisbury and Ram on Monday and a 6-2 6-4 loss to Colombians Juan Sebastian Cabal and Robert Farah means they cannot reach the last four.