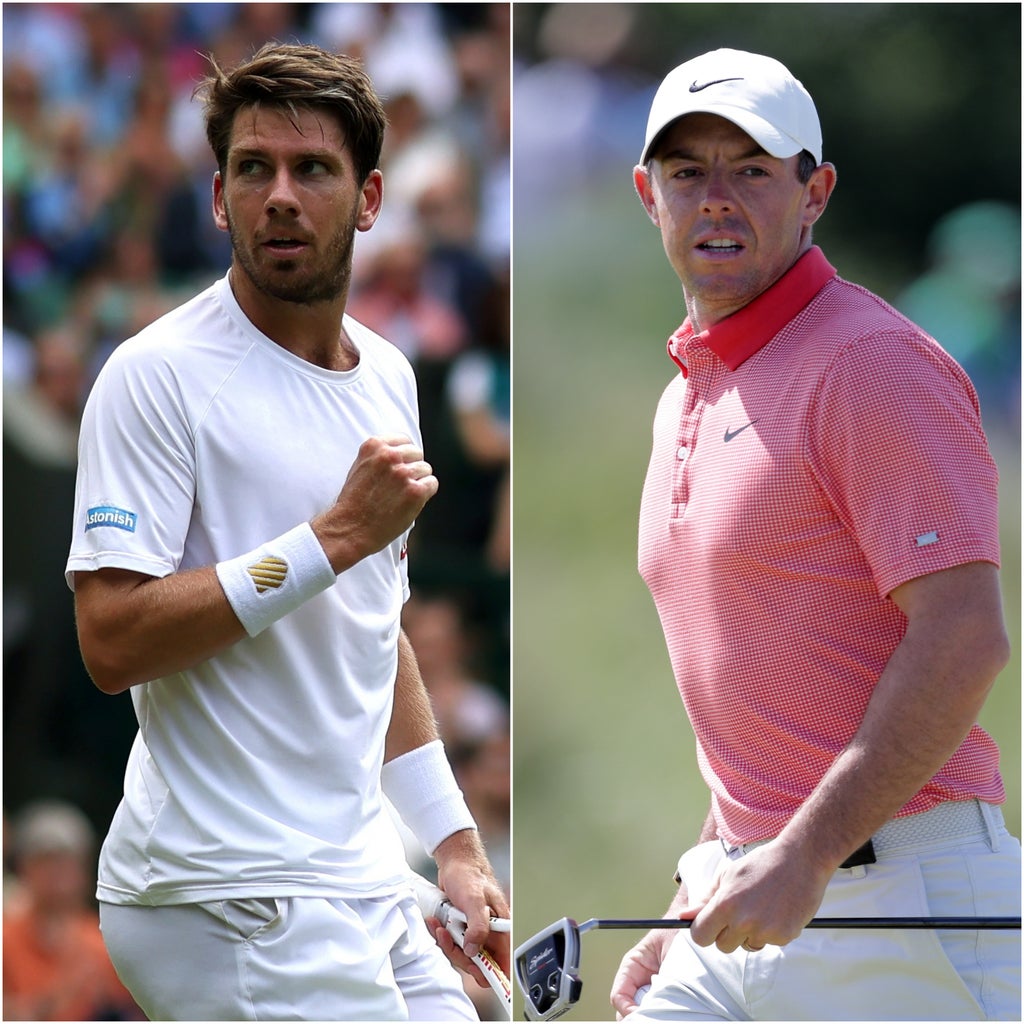 The Union flag flew proudly over the sporting fields of the US on Sunday as tennis star Cameron Norrie and golfer Rory McIlroy stormed to significant and stirring victories.

The 26-year-old Norrie became the first Briton to win tennis’s so-called “fifth major” by fighting back after being down a set and an early break to beat Georgia’s Nikoloz Basilashvili 3-6 6-4 6-1 in the final of the BNP Paribas Open at Indian Wells in California.

Little more than an hour earlier, 200 miles to the north, Northern Irishman McIlroy put behind him his personal torment from his role in Europe’s Ryder Cup defeat last month by taking out the CJ Cup in Las Vegas joining a select band of 39 players to have won 20 PGA tournaments.

Norrie’s victory capped a break-out year in which he has not only claimed his first two tournaments – having also won at Los Cabos, Mexico, in July – but also made four other finals on three different surfaces. World number one Novak Djokovic is the only other player to reach six finals this year.

Starting the week ranked 26th, the Putney-based left-hander secured a top-20 place and the ranking as Britain’s new number one – moving past 22nd-ranked Dan Evans – with his career-affirming run this week.

“It means so much to me, my biggest title. I’m so happy, I can’t even describe it right now. It’s absolutely massive for me and my team. I can’t really believe it,” he said in his on-court interview after the match,” Norrie said after the match.

“I’ve been really enjoying my tennis and really been enjoying being out on court and competing in the big moments.

“I’m just really pleased with how I handled the occasion, and I think I’m doing that a lot better this year. I know I lost in a lot of finals so it’s nice to get the big one today.”

Norrie, born in South Africa to a Scottish father and Welsh mother and raised in New Zealand, said this week he was hoping his showing in such an esteemed event could serve as a springboard for going deeper into grand slams next year, having never made it into the second week of one of the “big four”.

This year he suffered third-round losses to Rafael Nadal at the Australian and French opens, and to Roger Federer at Wimbledon.

McIlroy, meanwhile, was delighted to claim his second title in a year in which the former world number one has battled patchy form, with his ranking slipping to 14 before this week.

The four-time major winner started two shots off the lead and carded a superb six-under 66 to end on 25-under par and win by a stroke from American Collin Morikawa, who had charged up the leaderboard with a closing 62.

McIlroy was playing for the first time since his moderate performance in Europe’s Ryder Cup defeat – a torrid week which famously left the 32-year-old in tears in his closing interview – and said the experience had helped turn him around.

“It was huge. It really was. I was really disappointed with how I played,” he said in a greenside interview with PGA Tour.

“There was a lot of reflection in the last couple of weeks. This is what I need to do. I need to play golf, I need to simplify it. I need to just be me. I think for the last few months I was maybe trying to be someone else to try and get better.

“I realised that being me is enough, and being me I can do things like this.”

He added: “To get to 20 wins here is a big achievement. I didn’t know if it was going to be this week, but I knew if I just kept my head down and kept playing well and kept doing the right things that eventually I’d get there.”