By Stephen Davies For The Mail On Sunday

Burnley forward Ashley Barnes believes his team suffer for their ‘ugly’ reputation and believes even referees want to see them relegated.

The club’s Premier League future is on the line today — they will stay up if they beat Newcastle — and Barnes is claims there will not be many tears shed if they fail.

‘In recent seasons people look at us and think we’re a hard team, being ugly,’ he said. No disrespect, I think people, even referees, want us gone from the league.’ 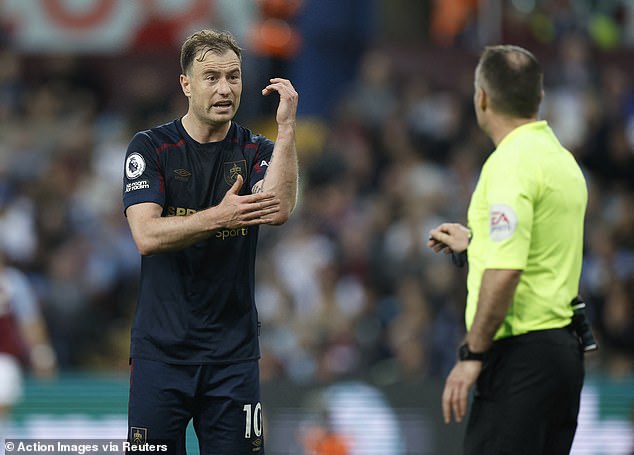 Barnes was frustrated with referee Kevin Friend’s decision to award Spurs a penalty in last week’s 1-0 defeat at Tottenham.

Friend consulted the pitchside monitor after a VAR review and was seen smiling as he pointed to the spot. ‘The whole situation when [Friend] goes to the screen at the weekend, Tottenham played on, they missed a great opportunity and everyone goes to set up for a goal-kick, but then there’s VAR, it’s like, “what?”. Then he’s smiling when he comes away and no one can speak to him.’

If Mike Jackson manages to keep Burnley in the Premier League he might still be looking for a new job on Monday.

Jackson has been kept in the dark about where his future lies after being promoted from Under-23s coach to interim manager following the decision by Clarets chairman Alan Pace to sack Sean Dyche with just eight games left. 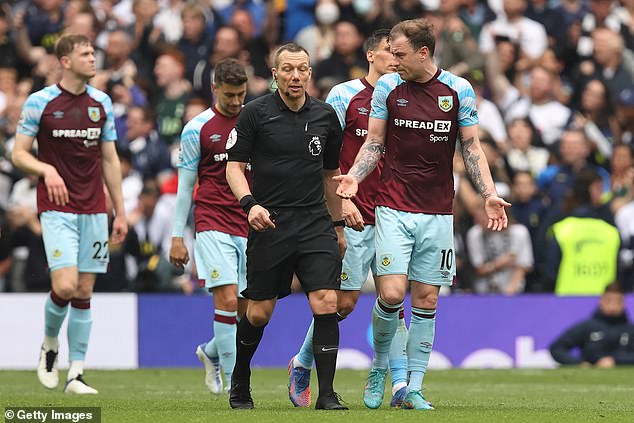 With previous managerial experience at Shrewsbury and Tranmere, Jackson has won three, drawn two and lost two of his seven games in charge so to lift the club out of the bottom three.

But even if they stay up Jackson, 49, has so far held no discussions about his future with Pace.

‘We’ve not spoken about it,’ he said. ‘We’ve not had time to even think about that. There’s been no looking at what I’m going to be doing next and what’s going to be happening, my full focus has been on trying to achieve [Premier League] survival.

‘Fingers crossed everything goes how we want it to happen and we’ll have a good Monday. But I don’t know what I’ll be doing.’

Asked if he wants the job permanently he said: ‘All my thoughts have been on how we can achieve what we want to do.’ 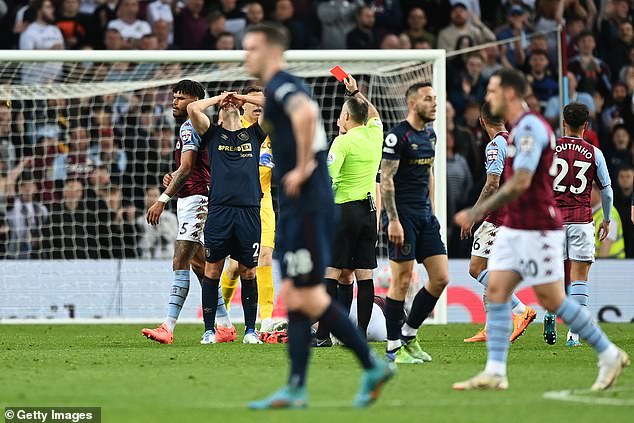