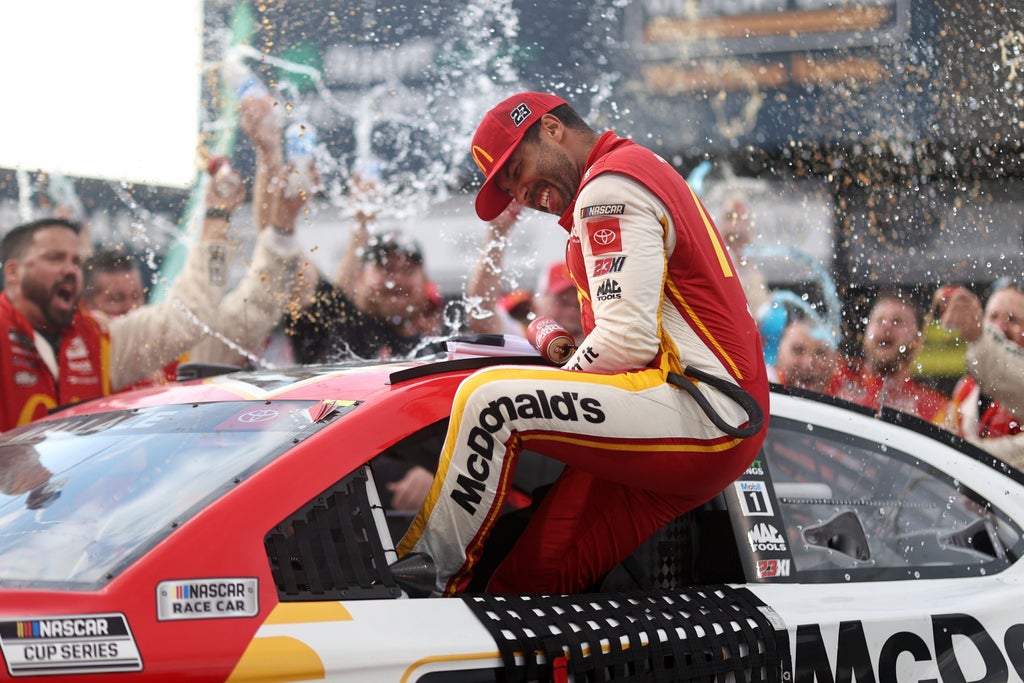 Bubba Wallace became only the second Black driver in history to win the Nascar Cup Series after rain disrupted Monday’s playoff at the Talladega Superspeedway.

Wallace, who took the lead on Lap 113, had to drive through a crash three laps later before a rainstorm brought the race to a halt.

The cars were brought to the pits at lap 117 of the scheduled 188, and at about 3.30 pm officials called the race, making Wallace the first African American to win Nascar’s top event since Wendell Scott’s victory 58 years ago.

Waiting in his pit, Wallace celebrated wildly with his crew on receiving the news and later broke down in tears.

“This is for all the kids out there that want to have an opportunity and whatever they want to achieve, and be the best at what they want to do,” Wallace said as he fought back tears. “You’re going to go through a lot of (BS). But you always got to stick true to your path and not let the nonsense get to you. Stay strong. Stay humble. Stay hungry. Been plenty of times when I wanted to give up.”

Speaking about the historic nature of his win, Wallace said: “I never think about those things.”

Wallace hit headlines last year in June when he sought a ban on Confederate flags from Nascar racetracks, following the Black Lives Matter protest movement. For many Americans, the Confederate flag is a symbol of slavery and oppression.

Wallace again hit the headlines when he was believed to be a victim of a racist attack after a noose, a symbol of lynching and America’s history of slavery, was found in his garage. An FBI investigation found that the noose had been in the stall since 2019, however, and that Wallace was therefore not the target of a hate crime. Wallace was subjected to online harassment afterwards, including a tweet from then-president Donald Trump who called the noose controversy a “hoax”.

“Has [Bubba Wallace] apologised to all of those great Nascar drivers & officials who came to his aid, stood by his side, & were willing to sacrifice everything for him, only to find out that the whole thing was just another HOAX?” Mr Trump had tweeted in July 2020.

Responding to Mr Trump,  Wallace wrote a message on Twitter addressing “the next generation and little ones” following his footsteps where he advised them to “always deal with the hate being thrown at you with love!”

“Love over hate everyday. Love should come naturally as people are taught to hate. Even when it’s hate from the [President of the United States]… love wins.”