The unfolding saga of WNBA star Brittney Griner’s detainment in Russia for the last several weeks features many layers and brings attention to many several social and geopolitical issues.

But there’s more. From the moment I heard about Griner’s arrest – Russian authorities say she had cannabis oil in her luggage, and reports say it’s not clear where she is being detained – the first thought that came to mind is: What would have happened had a comparable NBA star been detained by Russian officials? There would certainly be nonstop chatter in the media.

In a statement, WNBA commissioner Cathy Engelbert said “Brittney Griner has the WNBA’s full support and our main priority is her swift and safe return to the United States.”

I’m not suggesting that the WNBA and NBA are not working feverishly with government officials to secure Griner’s release. After all, the diplomatic approach has been the less said publicly, the better.

Congressional Black Caucus chair Joyce Beatty of Ohio told Politico on Thursday after making public remarks about the Griner situation in Philadelphia: “We have to be very careful. I think we said a lot today. I probably would not have said as much because eyes are everywhere watching and things get reported and one word being left out or too aggressive, because you’re dealing with unknown factors dealing with [Russian president Vladimir] Putin and Russia.”

Still, the relative lack of attention paid to a WNBA superstar’s situation in a hostile country is another manifestation of the uneven playing field on which WNBA and women’s basketball in general operates.

On Thursday, Engelbert pushed back against the idea that a WNBA superstar would be treated differently from an NBA star. “It’s a very complicated issue,” she said.

NBA spokesperson Mike Bass, when asked what the league would do in a comparable situation, said: “We would do exactly what we are doing in this situation, which is everything in our power to ensure that player’s safe return home to the United States. That includes working diligently behind the scenes and connecting with elected officials, federal agencies and organizations with expertise in such matters. Of course, that also means being in daily contact with the player’s representatives and in communication with his family.”

Griner’s case, indeed her presence in Russia, raises equity issues that continue to plague women’s professional and intercollegiate athletics, most visibly in basketball. 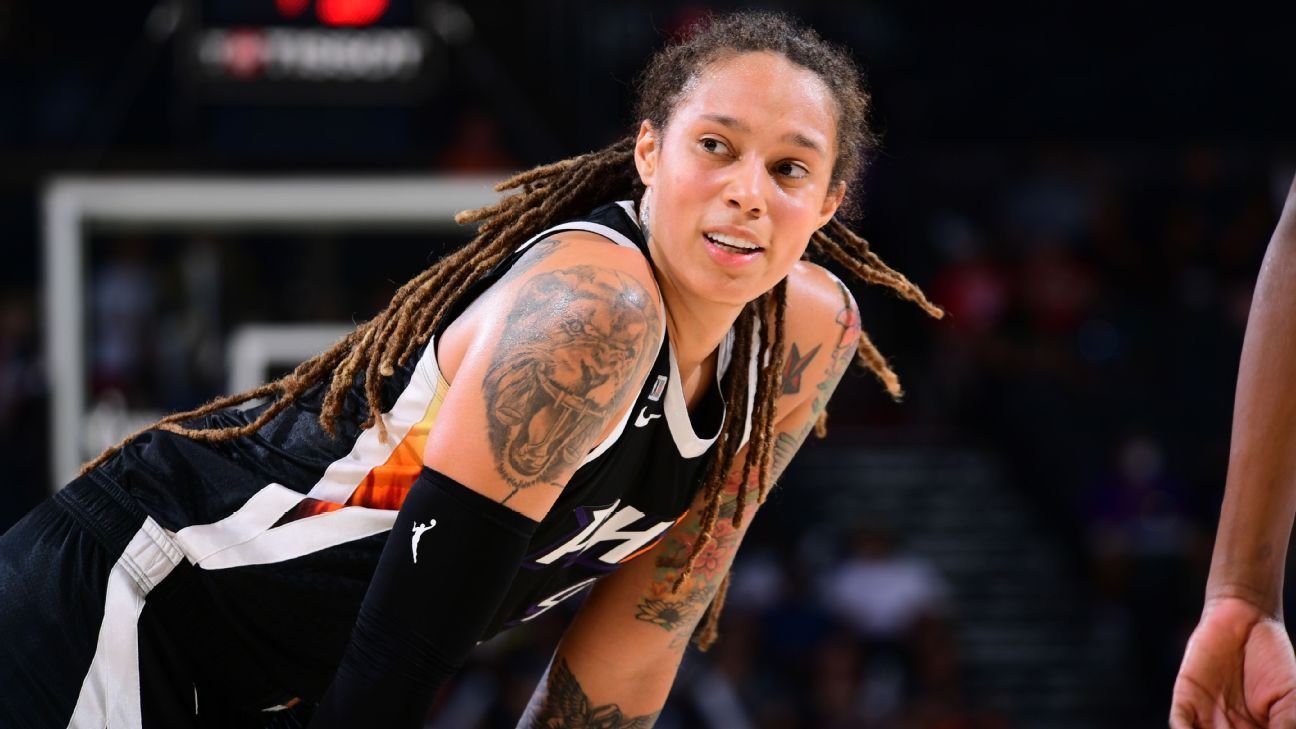 Will the day ever come that WNBA players do not feel compelled to travel overseas? Will WNBA salaries someday be high enough to dissuade players from taking second jobs in far-flung corners of the world after their seasons end?

“Some players will always go overseas for economic reasons or because they love the game and need to play more,” Engelbert said.

She said the WNBA wants to eventually have an economic infrastructure that will make it feasible for more players to stay home. Engelbert pointed out that since its formation 25 years ago, the WNBA has made tremendous strides up a steep hill. The recently negotiated collective bargaining agreement gives players the opportunity to make up to $500,000 for four months of play. That includes salary, bonuses, and league and team marketing deals.

There have been increases in pay and the agreement also includes paid maternity leave and fertility benefits. Engelbert also pointed out that several high-profile players have chosen to stay in the U.S. to build careers, especially in broadcasting, but acknowledges that for most players, playing overseas remains a lucrative alternative.

But in the meantime, fairness and equity continue to be a persistent undercurrent.

Griner is a WNBA star, one of the league’s most recognizable players. She helped USA Basketball win two Olympic gold medals. In her second season, she led the WNBA’s Phoenix Mercury to a league title.

After her rookie season, Griner followed her Phoenix Mercury teammate Diana Taurasi to Russia to play for UMMC Ekaterinburg. In 2015, UMMC Ekaterinburg paid Taurasi $1.5 million, 15 times her WNBA salary at the time, to miss the WNBA season. At the time, Griner supported Taurasi, telling the Arizona Republic, “This is a chance for her to set herself up financially, and her family.” Together they won three championships and four EuroLeague titles. Griner earned roughly $1.5 million per season. That’s why she travels overseas, and who can blame her.

In the WNBA, Griner’s base salary is $229,900, though with incentives – bonuses for being an all-star, reaching the WNBA playoffs, etc., her compensation could rise above $300,000. These are the economic realities that compel WNBA players to finish their seasons and embark on an annual migration to all corners of the world. According to The New York Times, about 70 players were believed to be playing for international teams in the offseason (there are 144 roster spots among the 12 WNBA teams).

It’s a remarkable experience, until it’s not. If Griner were an NBA star, she would not be traveling to play a second season for an overseas team. 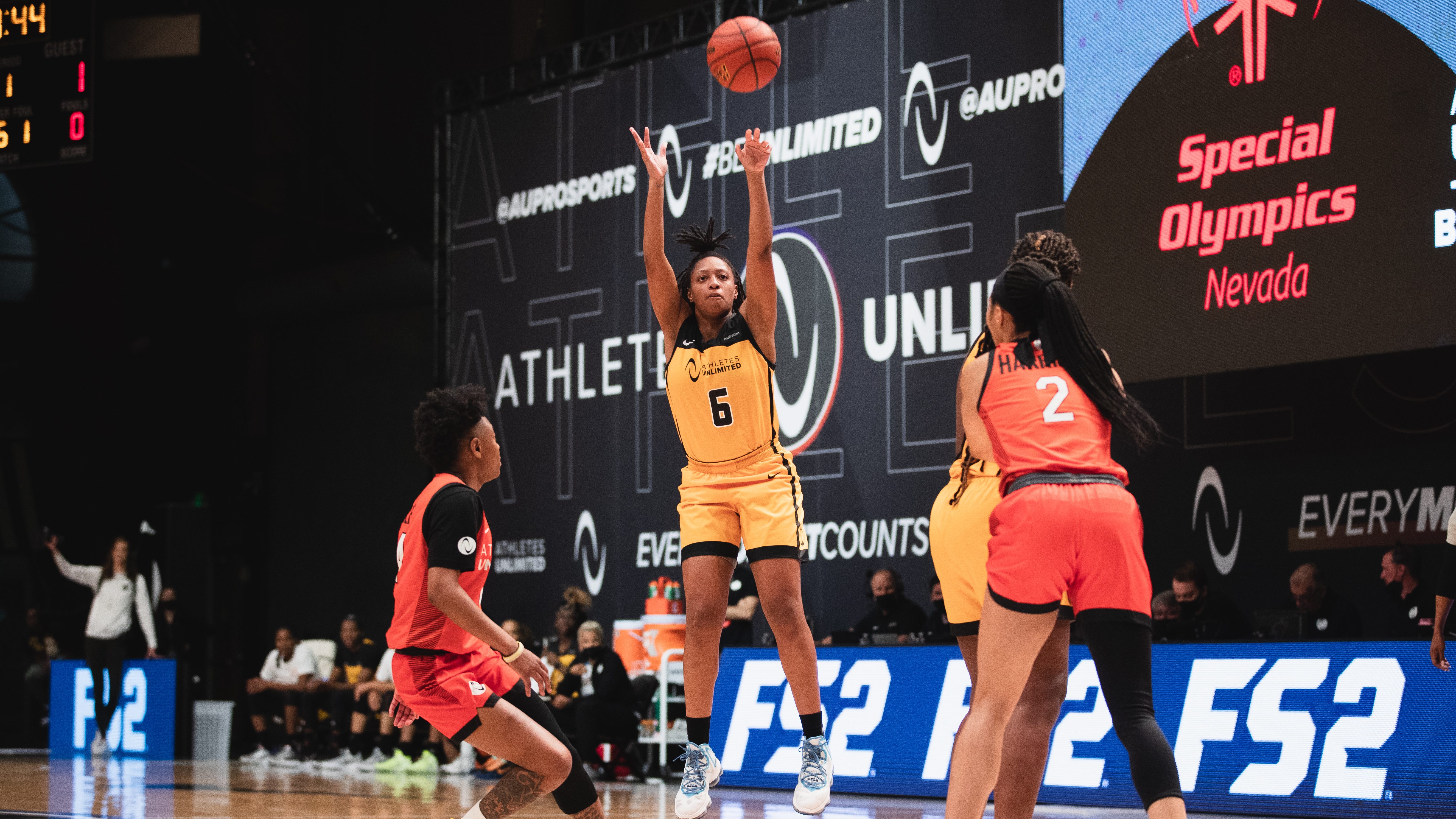 Yes, some of this is simple economics. The NBA makes more money and has existed since 1946. The WNBA, around for 25 years, costs an estimated $70 million to operate while generating $60 million.

Even travel is an issue. The WNBA’s New York Liberty were fined $500,000 last month for violating the WNBA’s collective bargaining agreement in 2021 for repeatedly chartering flights for the team. In the NBA and at intercollegiate Power 5 member schools, charter flights are not a luxury item but an expectation.

So how can the WNBA hope to achieve a degree of equity? I’d suggest negotiating for a higher percentage of revenue. NBA players receive 51% of revenue; the WNBA player percentage is considerably lower, around 29%, according to a source close to the NBA.

The larger challenge is changing the view of women’s basketball. This is the steepest hill to climb at all levels of competition.

A year ago, Oregon forward Sedona Prince took to Twitter to expose glaring inequities between the men’s and women’s teams participating in the NCAA tournament. Prince’s tweets were an embarrassment that laid bare what almost seemed like contempt for the female participants.

During an interview Wednesday night, Dan Gavitt, the NCAA’s senior vice president of basketball, said that a large part of last year’s disparity between men and women happened because no one previously raised the issue — until Prince sent out her tweets in 2021.

“Things were just going along pretty well, there were no controversies, no outcry,” Gavitt said. “But there certainly has been of late, appropriately so, and we’ve gotten a lot more intentional about the planning and the collaboration.”

A subsequent gender equity report conducted later in 2021 found that the NCAA prioritized men’s basketball “over everything else in ways that create, normalize and perpetuate gender inequities.”

The report found that the gender inequities in the NCAA Division I basketball championships “stem from the structure and systems of the NCAA itself, which are designed to maximize the value of and support to the Division I Men’s Basketball Championship as the primary source of funding for the NCAA and its membership.”

Most critically, the report said the NCAA’s approach to the women’s tournament has been “perpetuating a mistaken narrative that women’s basketball is destined to be a ‘money loser’ year after year.” 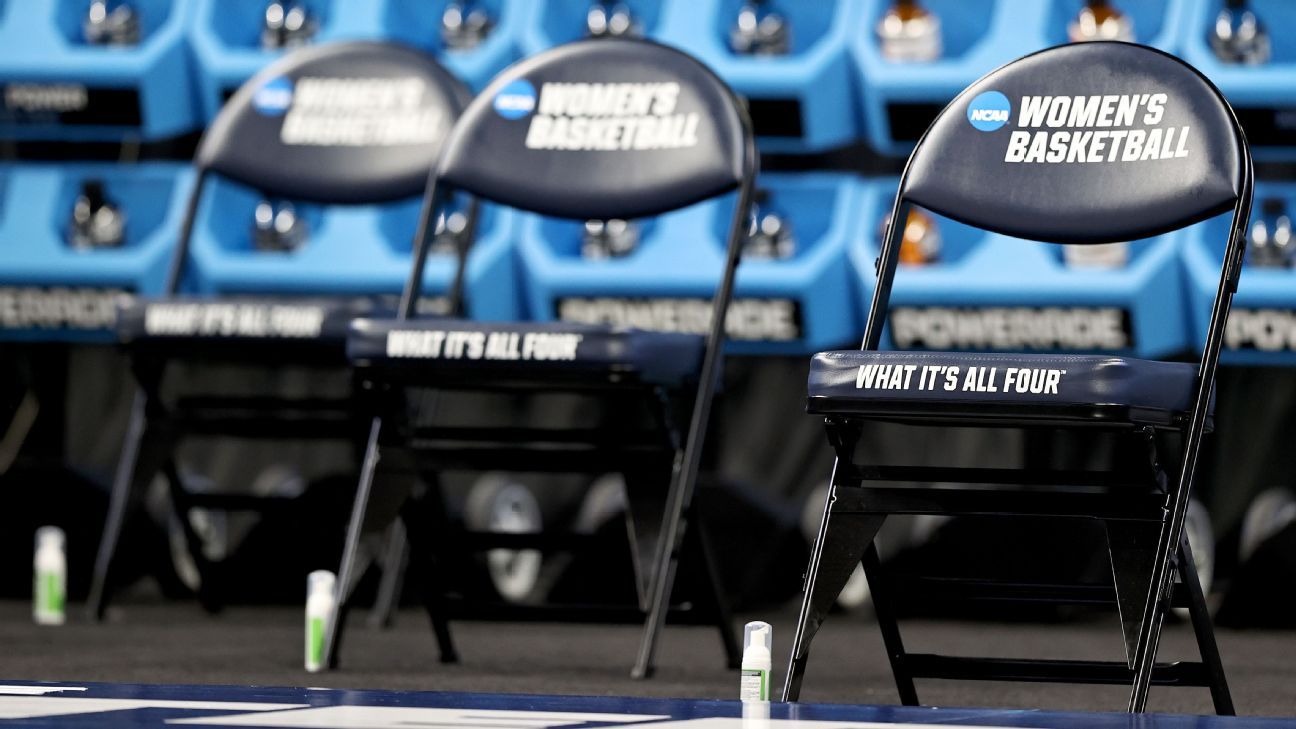 In reaction to last year’s embarrassment, Gavitt said, the NCAA has made a major effort to make the two tournaments more equitable, on and off the court. The women’s field has been expanded to 68 teams and the phrase March Madness, which, incredibly, was only used to describe the men’s tournament, will be used in branding the women’s tournament as well.

Women end up pushing back against the same tired arguments: That women athletes weren’t as good as the men, that the women’s game is not as exciting as the men’s, that women’s games don’t attract as big audiences or as much money.

The WNBA’s push for equity at the professional and college level raises challenging questions. In an essay for NBC Sports, Cheryl Cooky, a professor of American studies and women’s gender and sexuality studies at Purdue, asks why do women have to surpass the achievement of men to achieve equity and be treated fairly. “Is equality in their sports contingent on the number of wins, championships, jerseys sold, and viewers tuning in? Are women only deserving of equality if they can outperform their male counterparts both on and off the field?”

The answer, in a capitalistic system, is yes. “All we ask is give us time,” Engelbert said. “Be patient with us. Rome wasn’t built in a day.”

There are signs that time is on the side of women’s athletics. This year marks the 50th anniversary of Title IX, the civil rights law that prohibits sex-based discrimination in any school or educational program that receives funding from the federal government. This is also the 40th anniversary of the women’s basketball championships being run by the NCAA. The WNBA is an outgrowth of Title IX and part of the evolution of professional sports in this country.

But equity boils down to attitude, what we value and who we value. With time, certainly, a player of Griner’s stature will be able to bask in her stardom. At home.

William C. Rhoden, the former award-winning sports columnist for The New York Times and author of Forty Million Dollar Slaves, is a writer-at-large for Andscape.