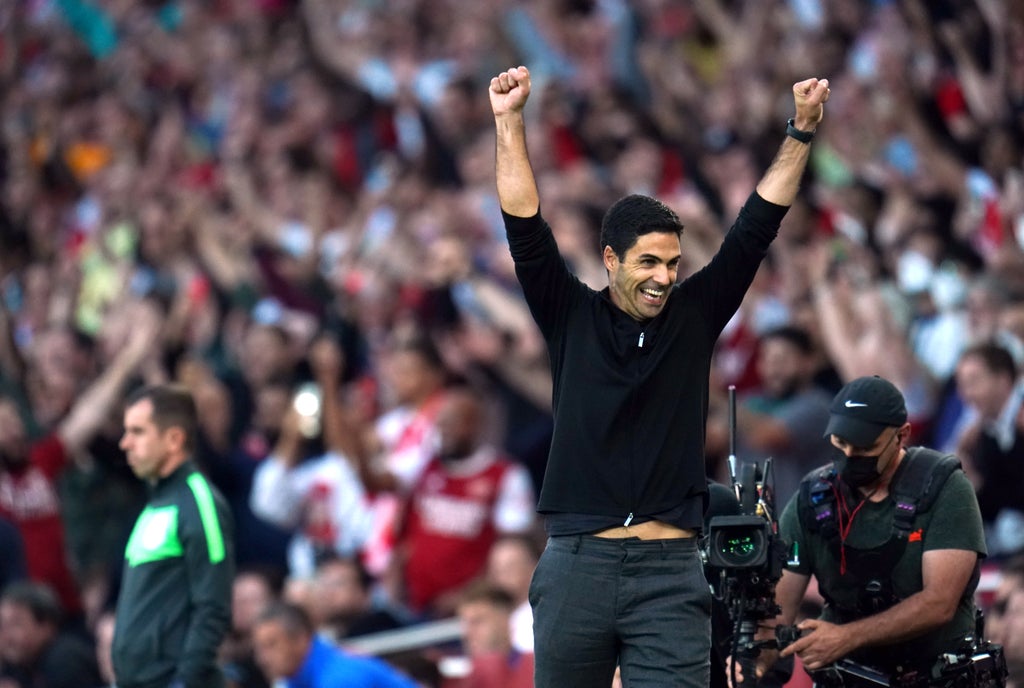 Arsenal will want to build on their stunning 3-1 win over Tottenham in the Premier League when they face Brighton on Saturday.

The Gunners had a disappointing start to the season, bottom of the table before the international break, but they have climbed to 10th with three wins on the bounce.

Mikel Arteta’s side completely dominated Spurs in their last league outing and the manager was impressed with the result. He said post-match: “It doesn’t get much better than the atmosphere we saw here today. It was one of the nicest feelings I had, certainly in this stadium.

“It was a big occasion, to win it the way we did, and to feel that connection with team and supporters made it really special.

“It’s impossible to attract people and connect with what we’re trying to do if we don’t have fans here. It makes such a difference. We want to entertain them and play in a way that makes them proud.”

Here are all the details you need for the upcoming fixture.

The match will kick off at 5.30pm on Saturday 2 October at the Amex Stadium.

The game will be available to watch on Sky Sports and customers will also be able to stream the game on the app and website.

If you aren’t a Sky customer you can grab a NOWTV Day Pass here to watch without a subscription.

Brighton had an electric start to the season and they managed to keep it afloat with their draw against Crystal Palace, but Arsenal are growing into the league, with an impressive victory over Tottenham last time out. The match should be quite evenly matched with both teams likely to come away with a point. Brighton 1-1 Arsenal.