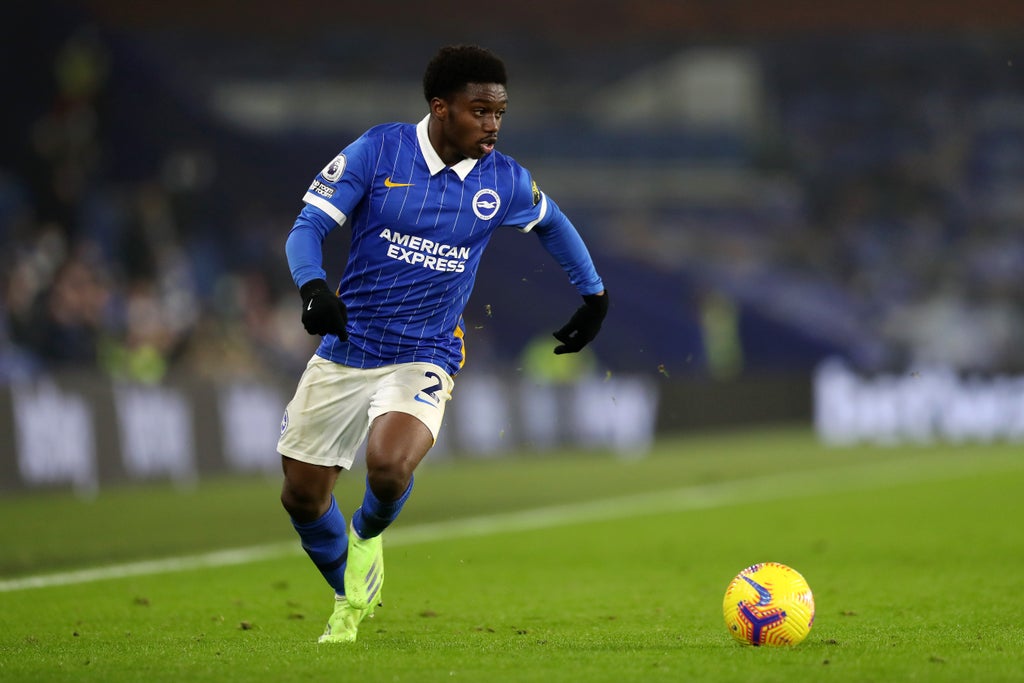 Graham Potter says Brighton must be cautious with Tariq Lamptey following the full-back’s long-awaited return from a nine-month injury nightmare.

Lamptey played the opening half of Wednesday evening’s 2-0 Carabao Cup win over Swansea – his first Albion appearance since suffering a hamstring problem at Fulham in December.

While head coach Potter was encouraged by the midweek cameo, he is reluctant to rush the talented youngster back into top-flight action.

“You’ve got to look at it and say he’s had a long time out, battled really well for a long time,” said Potter

“He looked good, he looked strong, but it’s still another step for him (to be starting a league game), I think, so we need to be careful with him.

“He will be involved in the squad, but we will take the decision closer to the game.”

Potter has a triple fitness concern ahead of the trip to Selhurst Park, with midfielders Alexis Mac Allister, Enock Mwepu and Yves Bissouma each being monitored.

Mac Allister suffered a knock against the Swans and Mwepu pulled out of that third-round tie in the warm-up due to a groin issue, while Bissouma sustained a knee issue in Sunday’s win over Leicester.

Potter remains hopeful the trio will be in contention to face Patrick Vieira’s Eagles but defender Adam Webster (hamstring) is still sidelined.

Brighton have enjoyed their best start to a Premier League season and sit fourth in the table having taken 12 points from a possible 15.

Left wing-back Marc Cucurella has impressed in the last two Seagulls games following his deadline-day arrival from Getafe and Potter is enthusiastic at the prospect of having the Spaniard on one flank and Lamptey on the other.

“That’s certainly a potential option for us – both of those are very competent, exciting, attacking players,” he said.

“They enable us to attack the sides really well and then it’s also about how we attack in the middle.

Speaking about Cucurella’s early impact, he added: “It’s always nice when a new player starts off well, gets settled down well and he did that.

“But there were no doubts from our perspective.

“We’d followed him for a while. And then when he comes in, you see the character, you see the guy, the human being and then you think, ‘he has a chance’.”