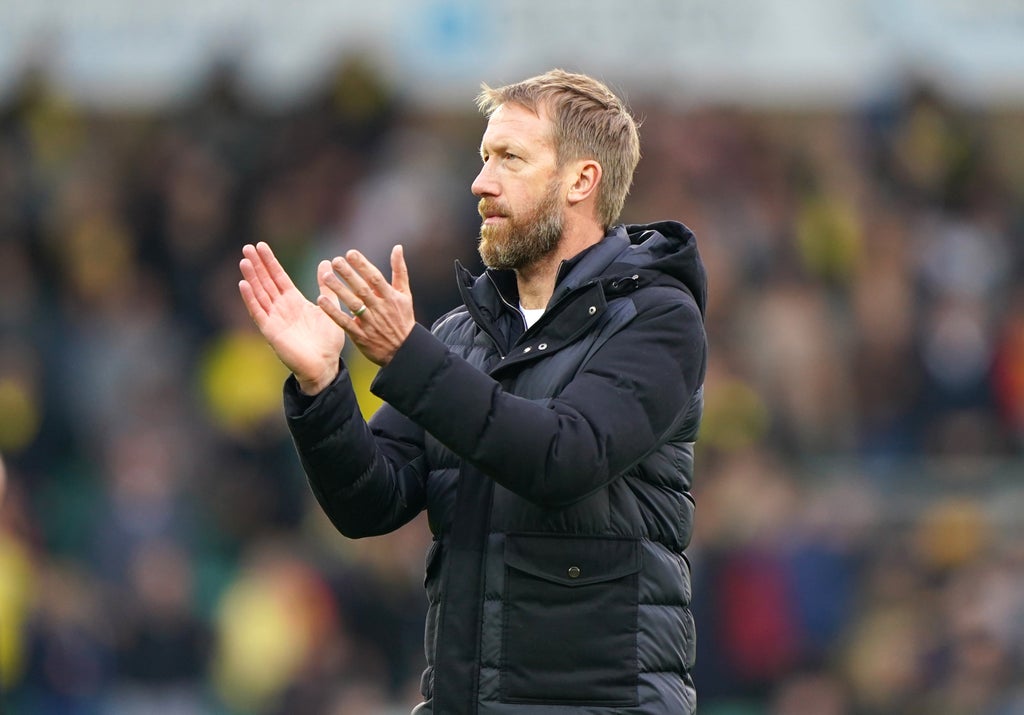 Brighton boss Graham Potter hopes healthy competition within the squad can help them last the distance this season.

Potter is expected to rotate his side again for the Carabao Cup tie at Leicester on Wednesday night.

Republic of Ireland forward Aaron Connolly scored both goals in the win over Swansea in the previous round, but has found regular Premier League football hard to come by.

Brighton sit fifth in the table following defeat by Manchester City and travel to Liverpool on Saturday.

With such a relentless fixture schedule, Potter feels everyone accepting the importance of strength in depth is going to be crucial to continued collective progress.

“The group have been working so well and when you are in this position, it is not just 11 players that have had the success that we have had in terms of points (in the Premier League),” the Brighton boss said.

“You need players pushing every day in training, you need a good atmosphere, the guys supporting each other – you need an environment that is positive.

“Part of that is that you have to make sure that there are opportunities for guys to play.

“Otherwise if it is just 11 players and you just work with 11, then you have got the majority potentially frustrated and unhappy – and that is not that healthy.

“You know you are up against it when you start to play against the quality of opponent that we are now (at this stage of the competition).

“But that is the case in most weeks, so we can’t use that as an excuse and have to be competitive.”

Potter added: “We want to do the right thing for our group and players, but we are not here as a development team.

“We want to try and progress and that is what we will try and do against Leicester.”

Foxes boss Brendan Rodgers insists he has no choice but to make wholesale changes to his side, considering they are also juggling the Europa League campaign.

Jamie Vardy is one of the players set to be rested, the former England striker having come off at half-time against Brentford with a knee problem.

Potter, though, does not expect anything else other than a stern test as the Premier League sides look to progress into the quarter-finals.

“Brendan has assembled an excellent squad. They have been impressive in how they have worked and not so long ago they were Premier League champions,” said Potter.

“They are competing to get into those Champions League spots in the top four, which is really difficult, and they are doing it in a good way.

“Whoever they play will be a test for us, which is great for our players.

“We want it that the guys are ready for that and look forward to those challenges.”