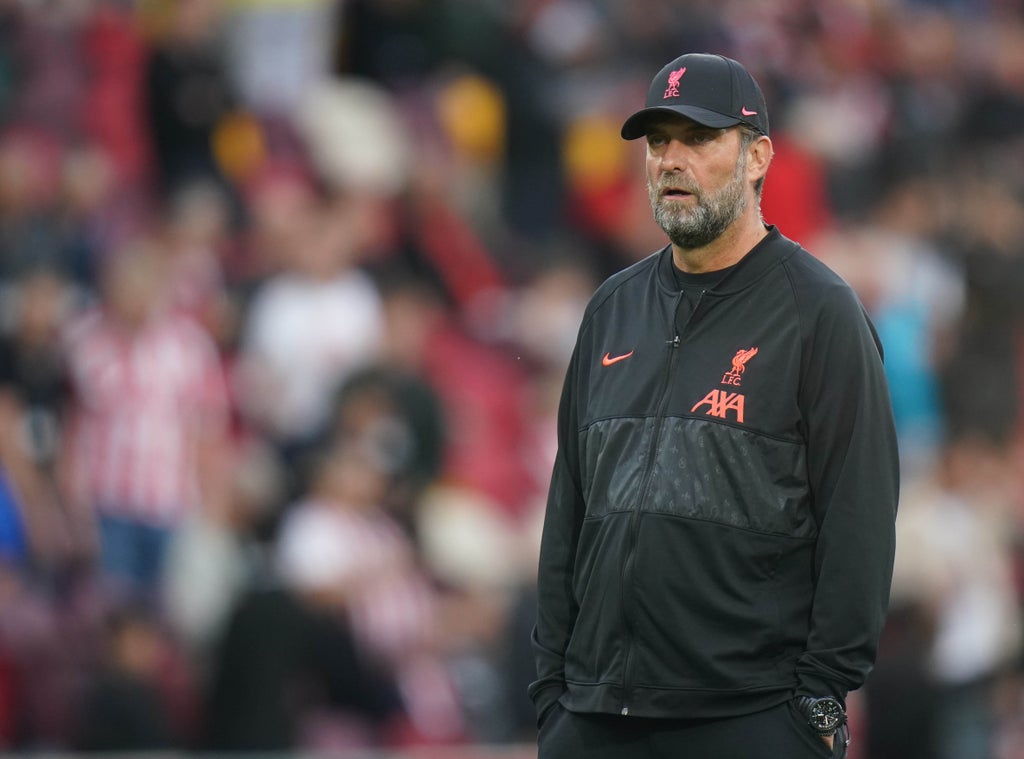 Mohamed Salah scored his 100th Premier League goal for Liverpool but it was not enough to sting the Bees who twice pegged the Reds back in a breathless match.

Klopp’s side were unable to reap the maximum profit from slip-ups by Manchester United and Chelsea earlier in the day as they shared the points after an early-evening cracker in west London.

Instead they moved just one point clear at the top, while preserving the top flight’s only remaining unbeaten record.

But Klopp knows his side will not face many tougher trips all season, with vibrant Brentford leading through Ethan Pinnock and, following goals from Diogo Jota and Salah, equalising through Vitaly Janelt.

Then, when Curtis Jones smashed Liverpool ahead again, Bees sub Yoane Wissa came up with another equaliser.

“It was a wild game,” said Klopp. “Offensively I’m really happy, in moments we played some of the best football we’ve played this season against a really well-organised side.

“But obviously we struggled with their long balls, and I was not too happy with how we started the game, that’s how we conceded a goal.

“We reacted well, scored some really nice goals and in the second half controlled the game better.

“The third goal from Curtis was outstanding but because we didn’t finish the game off the door stayed open, and they used it.

“But they deserve their three goals and deserved a point. They could have scored one more, we could have had four or five more.”

Salah’s milestone strike was initially ruled out for offside, but then given by VAR to bring up his ton.

“But I know Mo, he’s in the dressing room thinking about two chances he missed. Maybe now he’ll be fastest to 150.”

Ivan Toney could have even won it for Brentford but his late strike was ruled out for offside.

Bees boss Thomas Frank said: “It was a fantastic game. We went toe to toe with a top team, an unbelievably attacking side with a fantastic manager, and we managed to draw 3-3 and could have even won it in the end.

“Coming back twice showed unbelievable character. We were behind, we wanted to get a point at least. We wanted to go for more and we had massive belief we could get something from this game.

“I’m crazy, crazy proud of the performance of the players.”