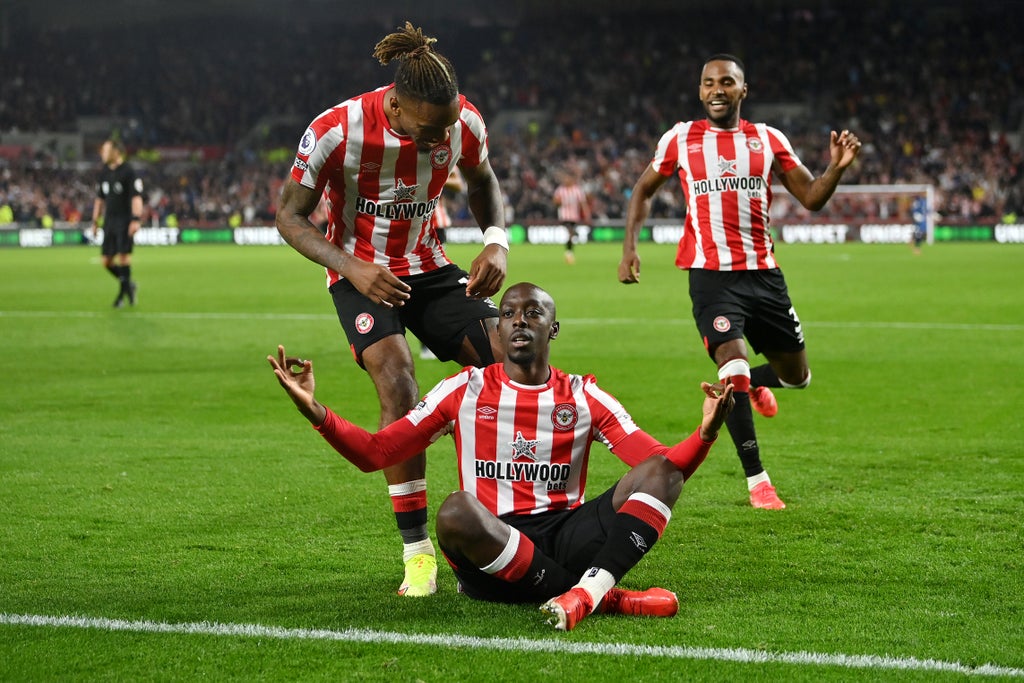 Premier League, you’re having a laugh. Noise and nonsense was on offer at Brentford on Saturday evening, with no shortage of either in a breathless and relentlessly unpredictable 3-3 draw with Liverpool.

The game ended just as it started, in a cacophony of noise and excitement, but between the first whistle and the last an awful lot happened, almost too much to take in during one single game.

As might have been expected, the home crowd was raucous, energetic and boisterous – this was without question the biggest team to come to town since the opening of the Community Stadium, and thus perhaps the second-biggest fixture for the home fans to watch here, behind only the second leg of the play-off semi-final. Considering there were only around 4,000 in attendance for that game, it was altogether more noticeable here.

Most of the opening exchanges those supporters spent kindly informing Jordan Henderson he was a somewhat sub-par version of Sergi Canos, the Liverpool support as a whole that they were less-than-exciting visitors and the referee Stuart Attwell that he had yet to reach the requisite professional standards. Some of these lyrics may have been somewhat altered.

And, just under half an hour in, the roars were even louder, a mix of jubilation and incredulity, as the home side took the lead.

A free-kick routine was played across the face of goal by Canos, Ivan Toney got a touch to fool a team-mate and four defenders, with Ethan Pinnock beating Fabinho to the ball to tuck in at the far post.

Frenzied celebrations and leading the former champions perhaps made being in the top flight just that much more real – but the lead lasted barely three minutes, Henderson’s flighted ball nodded in by Diogo Jota, another headed goal for the Portuguese forward.

All this came after it could easily have already been at least a goal apiece in the opening 10 minutes: Salah was slipped in down the right channel in rather classic style and beat David Raya with his finish, only to see Kristoffer Ajer race back to clear off the line. Twice then in a minute Ivan Toney sent efforts off-target, before Joel Matip did his best impression of a Norwegian by hooking Bryan Mbeumo’s clipped strike off the line too.

The back-and-forth nature of the first half meant neither could really claim to be on top; Brentford got in down the left constantly, while the Reds’ counter-attacking threat was lightning. Curtis Jones saw an effort deflected onto the post before the break, with Raya making a top save from Jota on the rebound to keep the scores level at the break.

Salah gave the ‘keeper no such opportunity soon after the restart.

Fabinho’s inch-perfect ball was met by the Egyptian’s relentless left boot and, despite the misguided view of the assistant, VAR confirmed it was onside and Salah had his 100th Premier League goal for Liverpool. Only Sergio Aguero, Alan Shearer and Harry Kane have reached the milestone in fewer appearances for a club, while he’s also into the top 10 of the Reds’ all-time goalscorers list. With every week, with every strike, his hand grows stronger and Liverpool’s need more obvious to sort out his contract extension.

A cruise to victory was not quite on the cards, however. The madness simply continued, Pontus Jansson striking the bar from close range and Vitaly Janelt nodding the rebound over the line, before Jones skied a chance to restore Liverpool’s lead at the other end. Undeterred, he simply lashed one in from even further out about 30 seconds later; Liverpool back in front.

And they should have ensured they stayed there.

Sadio Mane smashed over on the run when presented with a clear chance, but most astonishing of all, Salah spurned a one-on-one with 15 minutes remaining, clipping over both Raya and the bar.

Yoane Wissa made sure those misses proved costly. A ball to the back post wasn’t dealt with and the sub pounced, keeping his cool to lift a finish over Alisson and restore parity, the home support lifting the roof off once more.

Still there could have been more: Toney saw a strike ruled out for a clear offside, then Roberto Firmino was denied a winner off the bench by a brilliant defensive stretch.

An opportunity missed for Liverpool, though they remain the last undefeated side in the Premier League and top the early table.

The game ended as it started, all square amid an incredibly noisy backdrop, but in between came a 90 minutes few will forget in a hurry.