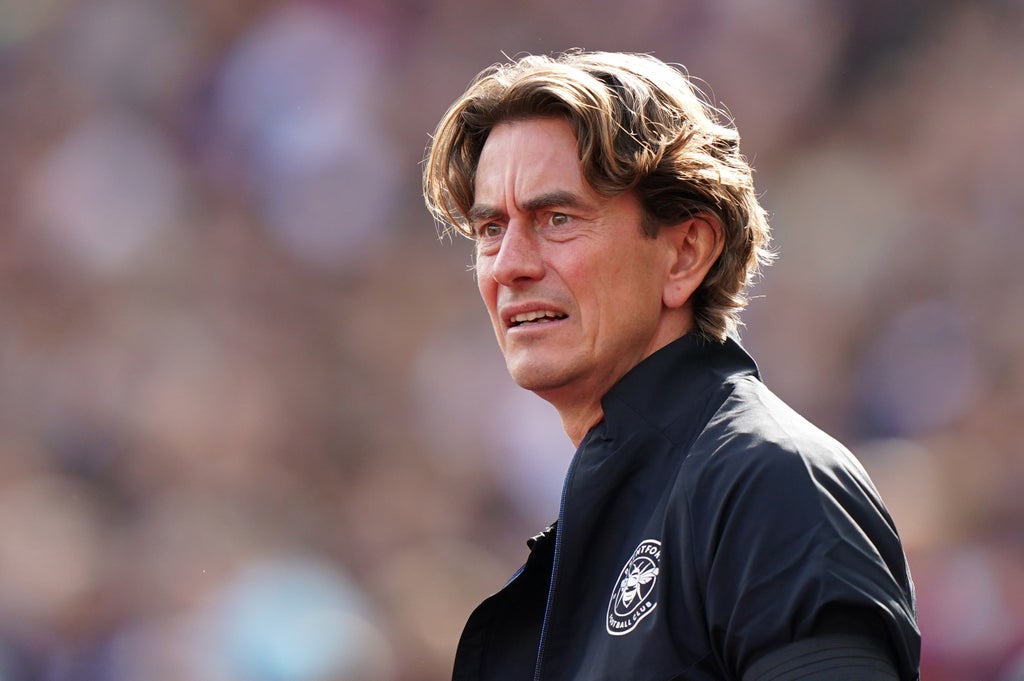 Yoane Wissa scored a stoppage-time winner to send Frank’s side up to seventh in the table with a 2-1 win at the London Stadium on Sunday.

Brentford now boast three wins and 12 points from seven matches, with boss Frank revealing his delight at such a robust start to their debut Premier League campaign.

“Outside of London, outside of west London, maybe no one in the world knows who we are,” said Frank.

“So we need to show them with good performances on the pitch.”

West Ham spurned a high amount of promising situations, only to drag themselves back into the contest late on when Jarrod Bowen equalised with 10 minutes to go.

When quizzed on what he thinks about Brentford potentially becoming everyone’s favourite second team, Frank replied: “I guess that’s okay!

“It’s nice and I understand why; I think we’re a good story.

“We are approachable and positive, so I understand it.

“So we must keep on working.

“I’m always honest, so I believe in the team and the players massively.

“And I believed that we could do something in the Premier League, also from the beginning I knew we would be strong defensively and pressing forward and aggressive.

“And I also knew we’d try to be brave, that’s my biggest message to the players.

“We are proud, but I think it’s also a truly deserved 12 points.”

West Ham boss David Moyes was left to lament a point dropped on an afternoon where the hosts could easily have claimed victory had they converted all the openings on offer.

“I’m disappointed with the result in the end, I didn’t think it was deserved,” said Moyes.

“I didn’t think we played that well but we certainly didn’t deserve to lose that’s for sure.

“Too many times we didn’t pick out the right final pass or take the chance.

“Today we just really didn’t take the opportunities we had, and we had quite a few.”