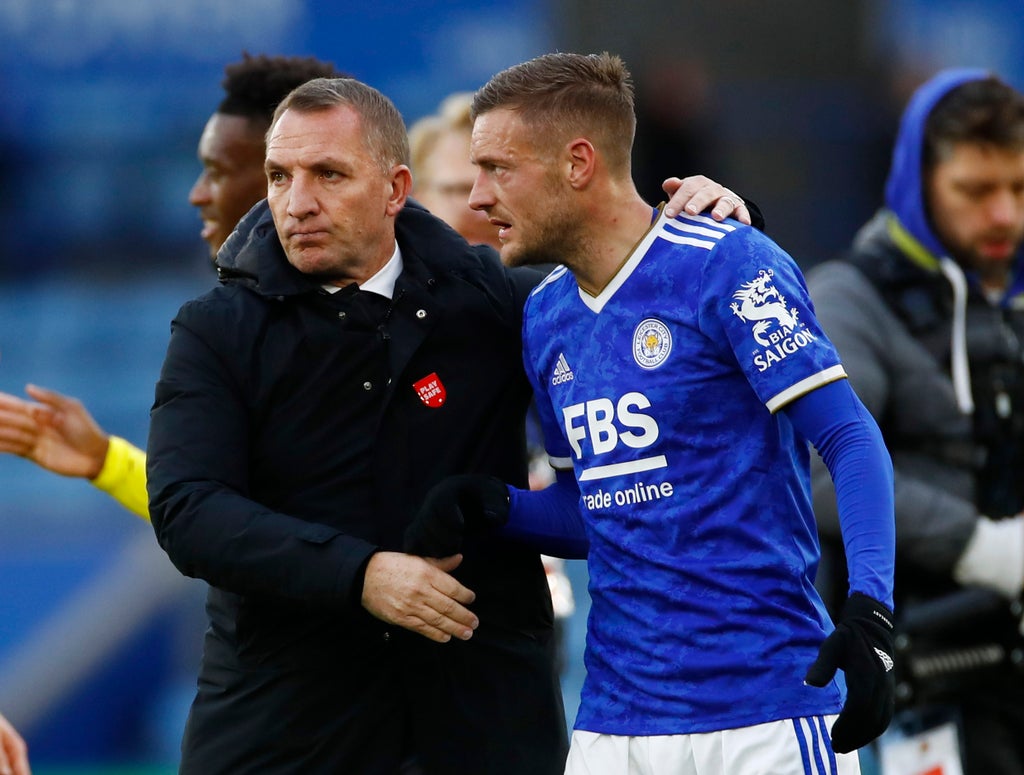 He knew the questions were coming, even before Watford had hammered the final nail into Ole Gunnar Solskjaer’s coffin.

In normal circumstances, Brendan Rodgers is as jovial and as friendly as any Premier League manager during their post-match media duties, greeting regular reporters by their first names, no matter how intrusive or leading the question posed.

But after witnessing his Leicester side put in the meekest of displays in their 3-0 loss at home to Chelsea on Sunday, Rodgers’ demeanour had darkened when facing the post-match media, with a furrowed brow a permanent fixture throughout.

It wasn’t that his answers were short or spiky, it was something deeper than that. Leicester’s fifth league loss from 12 so far took the Foxes’ form from being a blip to a real cause for concern, one with no quick fix.

Such a chastening experience against the European champions had given Rodgers more food for thought than he had anticipated, as he perhaps had come to the realisation that he has done all he can and his East Midlands project is approaching the end of the line, regardless of any overtures from a desperate Manchester United.

“I spoke to the leadership group (his senior players) here about it (United rumours) and that stabilised everything,” Rodgers revealed after the Chelsea loss. “There is going to be speculation, I don’t even think about it to be honest. They know my commitment to the club and us becoming a better team.”

The fact Rodgers took the conversation to his senior players, without being provoked, tells you all you need to know about where his head is at.

His links to United were not headline news, on the back of every red-top or emblazoned on newspaper stands up and down the land. His players could easily have paid no attention to such chatter, as they have to do over their own futures on plentiful occasions.

The links are, at the very least, playing on his mind. Of course, a club like United is hard to ignore, but what is unfolding in front of Rodgers’ eyes, and the feedback he is getting from supporters, will be contributing to even the slightest of head turns.

Boos came booming down from the terraces at half time and on the final whistle on Saturday. It is not something that is common place at the King Power Stadium, and disappointed Rodgers after the match, as he called for a sense of perspective.

Rodgers has tried to arrest the club’s woeful form. He deployed his fourth formation in 11 games against Chelsea, trying to go toe-to-toe with the European champions’ 3-5-2 system.

It did not pay off. Leicester’s three-man backline was being pulled from pillar to post. Jonny Evans and Caglar Soyuncu were playing like a central defensive pairing, forgetting they had another team-mate back there – Daniel Amartey – to consider.

Without the ever-present Youri Tielemans in midfield, there was no calming influence to keep possession flowing, while Jamie Vardy, unusually flanked by a team-mate either side, did not know whether to come or go. The home side did not have a shot, on or off target, until the 58th minute on Saturday.

Should Leicester have had the pace of Wesley Fofana available at the back, or a fully fit James Maddison in midfield, they could be in a much rosier position this season. But, as Rodgers admitted, this is why Leicester struggle to compete with the likes of United, Manchester City or Chelsea. Without their big players, Leicester don’t have the reinforcements to match their rivals.

Leicester had their chance to join the top table and stuff themselves silly, but ended up joining the queue at the buffet like the rest. The last two seasons should have seen Leicester breach the top four for the first time since their shock title triumph in 2016. Two years ago, three defeats from their final four league games allowed United to sneak into the Champions League qualification places on the final day, while defeat at home to Tottenham last term, again on the final day, condemned Leicester to another fifth-placed finish.

Will this Leicester team get the chance to break into the top-four again? With the injuries they have, the deficit they have to make up, and the levels their rivals have got to? Rodgers’ conduct in the last week suggests he knows the answer to that, and after seeing his beleaguered team booed by their own fans on Saturday, seemingly so far from hitting the heights of the previous two seasons, should United come calling in the coming weeks, any offer may be hard to turn down.