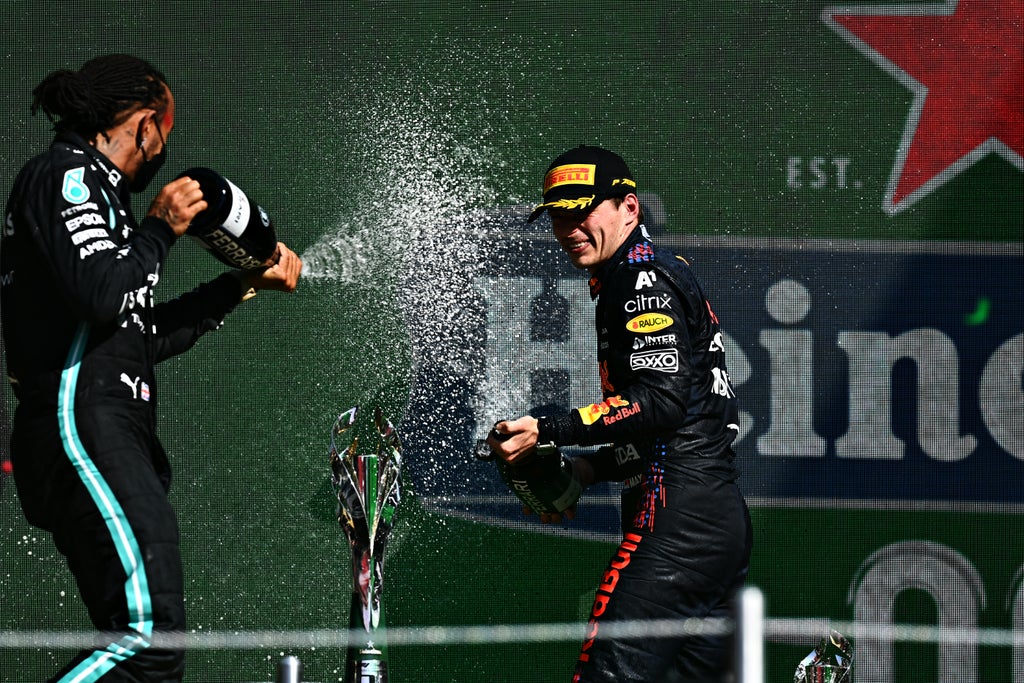 Lewis Hamilton will aim to hit back in the Formula 1 world championship title race at the Brazilian Grand tonight, as Max Verstappen looks to move one step closer to a first world title.

Verstappen has won back-to-back races at the United States and Mexico Grand Prix and will be aiming to complete a clean sweep of the Americas with another victory in Sao Paulo, before the championship heads to the Middle East for the final three races of the season.

The Red Bull driver also stood on top of the podium on the last occasion the Brazilian Grand Prix was held in 2019, although the iconic race at Interlagos is also a favourite of Hamilton’s and was the scene of his first world title victory in 2008.

Although Verstappen holds a commanding lead in the standings following his victory in Mexico City last weekend, a victory for Hamilton combined with the Dutchman failing to finish the race would see the Mercedes driver take the championship lead heading into the Qatar Grand Prix next week.

Here’s all the information you need to know ahead of the race this evening.

When is the Brazilian Grand Prix?

The race will begin at around 5pm GMT on Sunday 14 November.

It will be shown live on Sky Sports Main Event and Sky Sports Formula 1, with coverage starting from 3:30pm. If you’re not a Sky customer you can grab a NOWTV Day Pass here to watch without a subscription. Highlights will be shown on Channel 4 at 11pm.

What happened last time out?

Verstappen extended his championship lead to 19 points as Hamilton held off a late challenge from Perez to claim second place at the Autódromo Hermanos Rodríguez.

After Mercedes had locked out the front row for the first time this season, Verstappen made a sensational start to get around the outside of pole-sitter Bottas and title rival Hamilton, before surging into the lead.

Hamilton could not keep up with the Red Bull and was instead made to defend second place from Perez, with the Mexican roared on by the home crowd. Bottas’ race was ruined after he was hit by Daniel Ricciardo at the first turn, with both drivers finishing out of the points.

Pierre Gasly secured fourth place ahead of the Ferraris of Carlos Sainz and Charles Leclerc, who were ordered to switch positions by the team. Sebastian Vettel, Kimi Raikkonen, Fernando Alonso and Lando Norris completed the top 10.

What is the starting grid?

The starting grid will be determined by the result of the F1 Sprint on Saturday.