HOUSTON — “I felt bad, because I think I could have done something.”

Smoking a cigar, behind the mound at Minute Maid Park, Atlanta Braves first base coach Eric Young Sr. thinks back to just under a year before, when he was watching the Los Angeles Dodgers celebrate their National League pennant at Globe Life Field, one of the two sites where MLB finished up the playoffs in a pandemic-shortened season.

It was awkward for Young then, because like many notable players — standout Brewers outfielder Lorenzo Cain, future Hall of Famer Buster Posey, and durag legend Marcus Stroman — he had opted out of the 2020 season because he just didn’t feel right about the whole thing. It was odd timing, because he had just signed an extension, but in his heart, it was the only move.

“When I walked in, that second spring training, I didn’t feel right,” Young explained. “The protocols, everything, scared me. I was one of the five designated people, players or coaches, that could sit out if they wanted to [because he is high-risk]. I was dealing with a condition I had to stay on top of.”

Fast-forward months later, as the Braves blew a 3-1 series lead, albeit at a neutral site, the ghosts of Atlanta’s sports past were quite ghoulish in Texas, and Young couldn’t do anything but watch from the suite level. Tuesday, he was redeemed in Harris County. Following a dynamite performance from Max Fried on the rubber, and a Pujolsian shot off the bat of eventual World Series MVP Jorge Soler, it was never really in doubt, as they blanked the Astros to seal their World Series title. 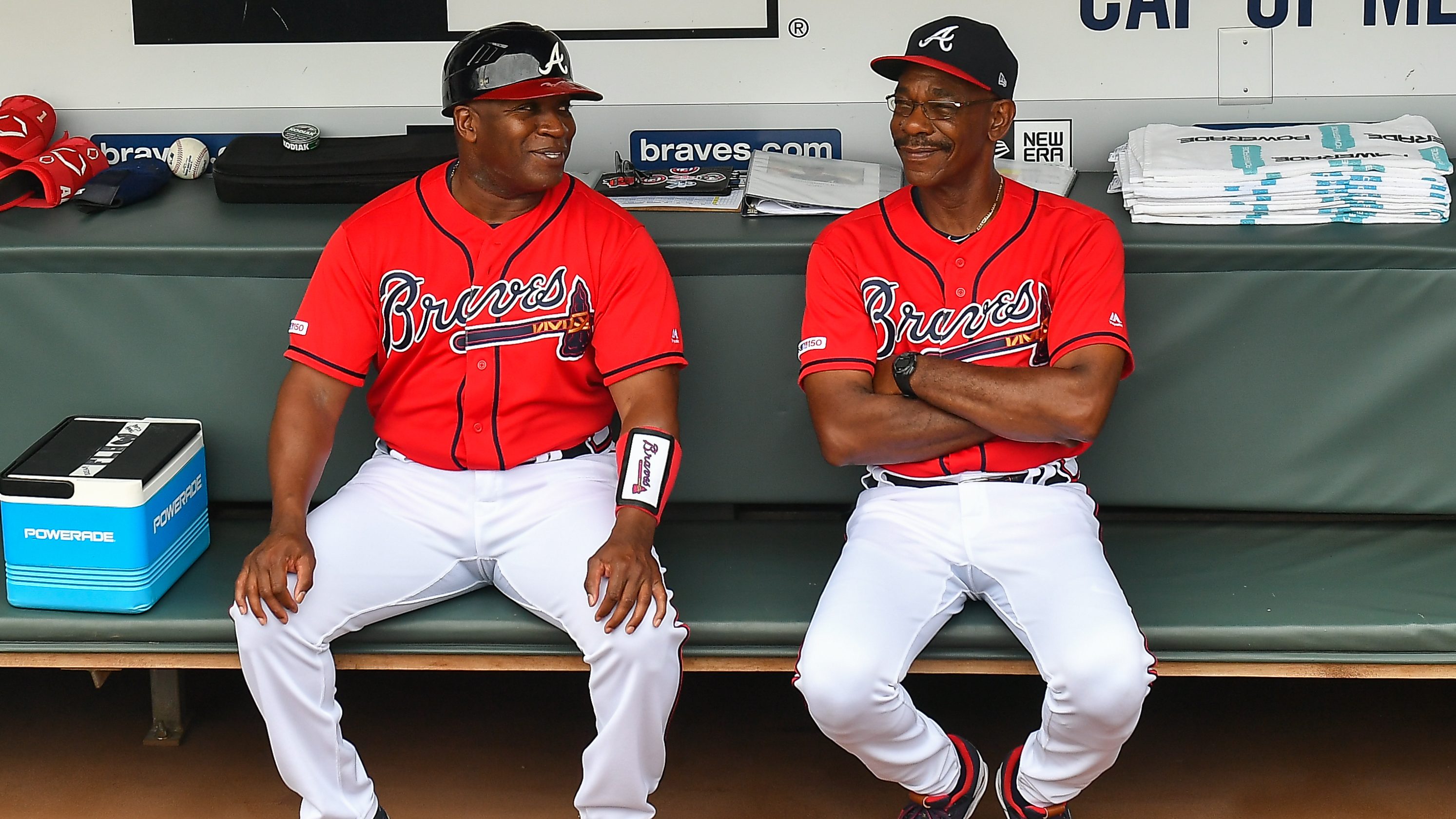 “I was up there in the league championship series,” Young said, pointing to the corresponding spots in the stadium. Now, firmly on the confetti-covered ground, he’s gotten to the furthest point of his career. “I can’t even describe how I feel, because I never got past the division series. Now, to feel what it’s like to be in a World Series, something I’ve dreamed about when I was a little kid watching the game. The best part about it was getting introduced on the line. But now winning it all. Wow. I’m so happy and elated, man, and I’m so exhausted mentally and physically. Yeah, so going into November from February, it’s a lot.”

This year was a journey as well, in a different manner from last year. This team was below .500 at the All-Star break. Not one, but two teams had nearly 20 more wins than they did to end the regular season. None of that matters, at this point, because it worked.

“I didn’t want to play and then be in a bubble,” he explained. “I couldn’t see my kids or anything if something happened to me. So I had to make a personal decision.”

Coincidentally, during the biggest week of his baseball life, two of Young’s children made headlines as well.

His son Eric Young Jr. was named first base coach of the Washington Nationals, a great position for a young man who is all of 36 years old. Across MLB, there are nine teams that have one Black and Latino base coach. Fifteen teams have at least one Black base coach, and 21 have one Black or Latino coach.

“You always appreciate when your son is doing something he loves. No. 2, more importantly, he’s doing what you did,” Young noted. “So, it’s easy for conversation. It’s easy for relatability. Great respect to the Nationals organization, Davey [Martinez] for giving him an opportunity. He’s such a great, humble kid who has a great reputation in the game as well.”

Separately, he’s got another star in the making, even if much younger. You might be familiar with his son Dallas’ work from elsewhere. Maybe Nickelodeon’s Cousins For Life. He’s landed a handful of other roles, and for Young, it’s been fascinating to watch.

“I’ll tell you that’s the little one that caught me by surprise with the acting,” Young joked. “And the one thing I always remember when he said he wanted to act, I said, well, hold up, Dallas, you act every day, baby. He said, no, no, Daddy — get paid for it.”

His dedication to the craft has led him to what is easily Dallas’ biggest role yet, as Kenny on the smash Netflix hit show Cobra Kai, season 4, which debuts Dec. 31. The kid is a promising young actor, and the two embraced on the field after his dad finally fulfilled the promise his team made to themselves.

“Initially, we made a promise to ourselves in a locker room when we were up 3-1. We’re gonna take care of business,” Young said. “I mean, now that I know how each champion has felt, coming through and winning this thing. Because it’s a long process. You’re not guaranteed to get it. No, it took me well, how many, 27 years in baseball to get to this point. So I’m happy.”

As for Dallas’ goals, he’s set the bar pretty high, according to his dad.

Friday, they’ll roll out a red carpet of their own, for his dad and his teammates.

Clinton Yates is a tastemaker at The Undefeated. He likes rap, rock, reggae, R&B, and remixes — in that order.