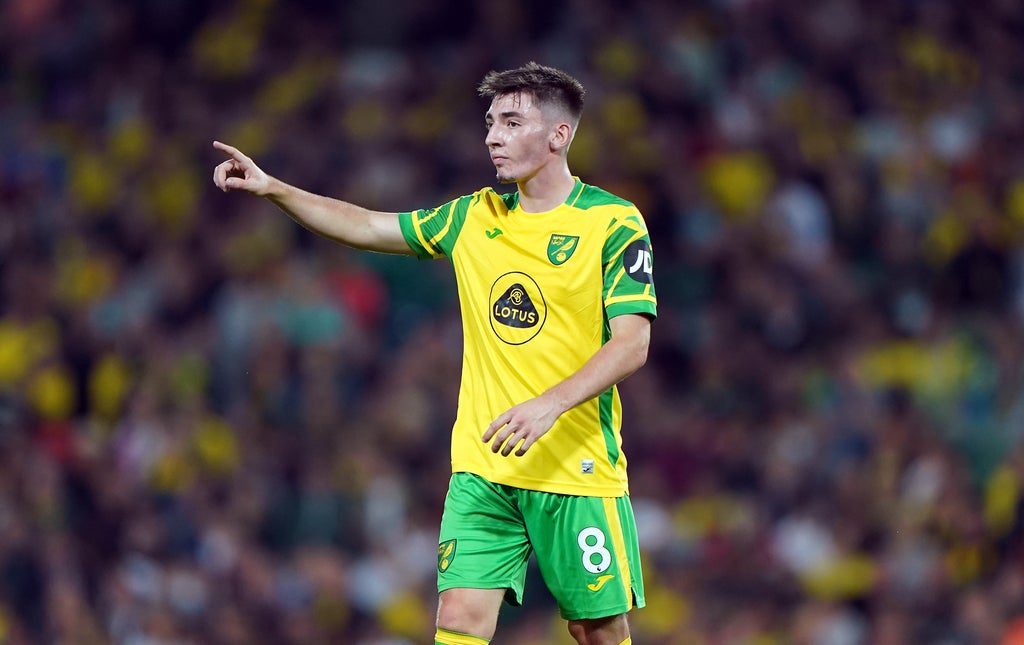 Dean Smith believes getting the best out of Billy Gilmour will be vital to Norwich’s hopes of staying in the Premier League.

The new Canaries boss got off to a perfect start at Carrow Road with a 2-1 victory over Southampton having only replaced Daniel Farke on Monday.

One of the key early decisions made by the 50-year-old was to recall Chelsea loanee Gilmour for his first club appearance in two months and he was vindicated with the midfielder setting up the winner to cap an outstanding return to action.

“Billy will be very vital to staying up,” Smith said.

“When you have a player of that talent on loan, you want to get the best out of him. We want to utilise the strengths he has and he was part of a good team performance in the second half.

“He showed pockets of what he could do in the first half but we had to see another side to him because we didn’t have an awful lot of the ball, but I think he showed everybody what he can do.”

Smith only had limited time with Gilmour before Saturday’s match with Saints due to the Scotland international being away with the national team but has quickly been impressed by the youngster.

The 20-year-old started four of Norwich’s first five league games before he was dropped to the bench after the home defeat to Watford on September 18 and prior to his start against Southampton he had played more minutes for Scotland than the Canaries this term.

His new manager added: “I saw him play for Scotland in the international period and he is a footballer, there is no denying that.

“I went to watch him in one of his first games for Chelsea against Liverpool in the FA Cup and he ran the show. He is a terrific player but better than that is his attitude and character.

“He just loves football and wants to be out there all the time. He was watching our Under-23s play on Friday night and he was all over the pitch against Southampton trying to drive the players on. He is a wonderful character and a wonderful player as well.”

Gilmour set up the winner with a corner to the back post from which Norwich captain Grant Hanley scored after visiting goalkeeper Alex McCarthy was beaten by the bounce of his header.

The Canaries skipper praised his club and international colleague, who had plenty of suitors before a season-long loan move was completed to Carrow Road in July.

Hanley said: “The type of player he is and the ability he has got, his attitude and mentality you only see in certain players – the ones who play at the top.

“There is no doubt in my mind Billy Gilmour will play right at the very top, so there is not too much you have to say to him.

“But actually he was supposed to put that corner to the front post and overhit it!”