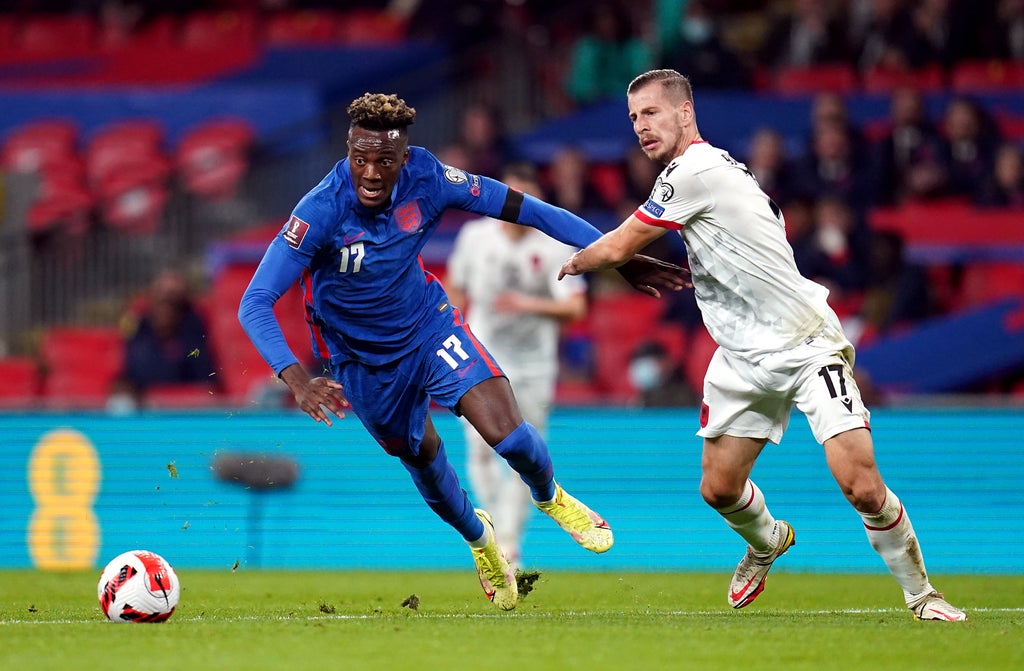 Abraham left Chelsea to move to the Italian capital in the summer and has hit five goals so far this season.

A drop-off in form for Roma has coincided with a barren spell for Abraham, with just one goal in his last eight games.

But the 24-year-old’s decision to leave the Premier League continues to be vindicated at international level – with Abraham again included in Gareth Southgate’s latest squad.

Asked what Mourinho had taught him at the Stadio Olimpico so far, Abraham replied: “Just be a monster really!

“I think one of the things he said was I was too much of a nice player and that you have to show that aggressiveness as you’re getting older as a striker.

“It’s not always about being nice on the pitch. You need that character, you need that presence to frighten defenders and I think that’s something I’m learning and getting better at.

“I felt the sooner I settled in the better, and started learning different types of football and different styles. I’ve gone to spread my wings and hopefully I can keep up the level of performances I need to stay in the team.

“Of course (the World Cup) was in the back of my mind but really I just wanted to play football. For me, it’s still a young career and I just felt I needed to go out and play some games to improve and hit the highest levels and hopefully I can keep striving on.”

He now has nine caps and two goals for England and will be hoping for a rare start when the Three Lions face minnows San Marino on Monday night, knowing a draw would guarantee them a place at next year’s World Cup.

“Yes, of course, I’m always someone who backs myself and believes in myself and you have to be ready because anything can happen in football,” he said when asked if he is determined to become the go-to man to replace captain Kane when needed.

“(Kane is) phenomenal. Everyone is so delighted for him, especially on the bench, every time he scored. It just shows that he’s world-class.

“He got into certain positions where the odds are not in his favour, apparently, but he puts them away like he always does.

“You know he’s striving and striving and trying to get better every game. He’s someone I really look up to and hopefully he can get many more.”