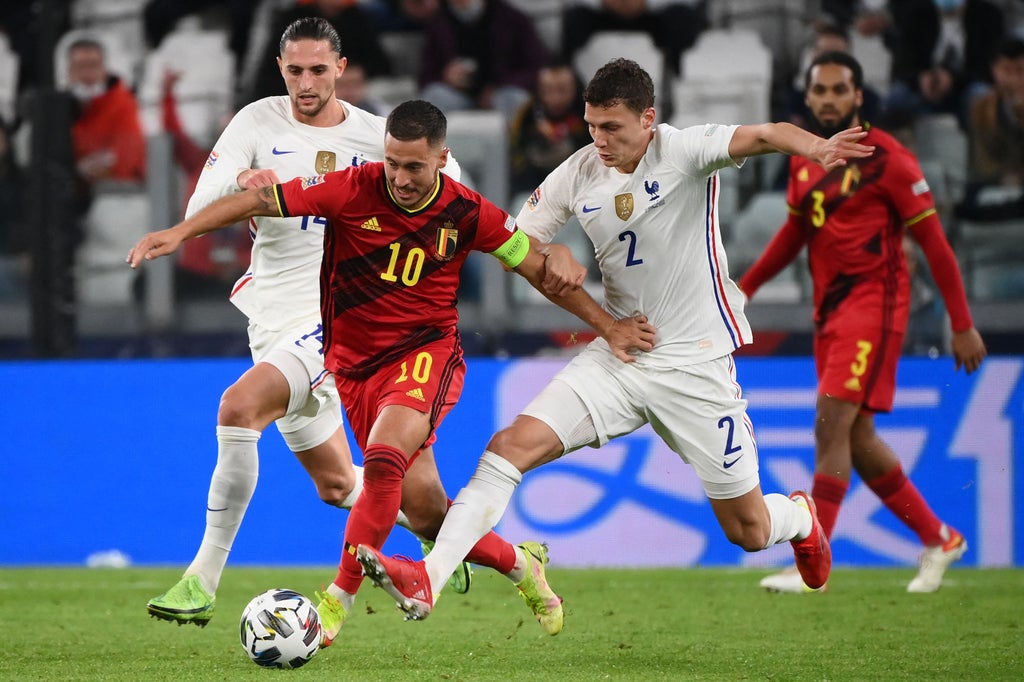 France and Bayern Munich right-back Benjamin Pavard believes he does not get the credit he deserves, and claims he is a better defender than world-class rivals in his position like Liverpool’s Trent Alexander-Arnold and Paris Saint-Germain’s Achraf Hakimi.

Pavard has established himself as a regular in both the Bundesliga champions at club level and the world champions on the international stage, but does not garner the headlines of more attacking full-backs.

Yet the 25-year-old backs himself as one of the best. “Great coaches put me at right-back because they have confidence in my abilities,” Pavard told Canalplus. “It is not because of my beautiful eyes or my hair. On paper, Pavard is perhaps less sexy than Hakimi or Alexander-Arnold, but I think that defensively I am more complete.”

Pavard was part of the French team which won the Nations League during the international break. His on-field row with Paul Pogba, in which the Manchester United midfielder shouted at his teammate over his movement, drew attention during the final, but Pavard insisted it was water under the bridge.

“I watched the action several times and we talked about it with Paul afterwards. He apologised to me for reacting like that. When I watch the action, OK, I’m not moving well enough, but I’m not stationary either. There could have been more movement, but the same is true for other players, everyone stopped.

“We had a discussion. I absolutely don’t blame him. We talked about it after the game. Everything is fine.”