‘It’s a shame… we CAN’T compete’: Barcelona are DESPERATE as Xavi admits they aren’t at the top table for transfers any more after missing out on Erling Haaland and Juventus star Dusan Vlahovic

Barcelona boss Xavi has openly admitted they can’t compete with Manchester City and some of Europe’s biggest clubs in the transfer market after missing out on Borussia Dortmund wonderkid Erling Haaland.

City announced on Tuesday the 21-year-old Norway international will join Pep Guardiola’s squad ahead of the 2022-23 campaign following a £51million transfer – despite Barca showing an interest in the striker.

The Catalan giants, however, were never realistically going to snap up Haaland due to their ongoing financial constraints. 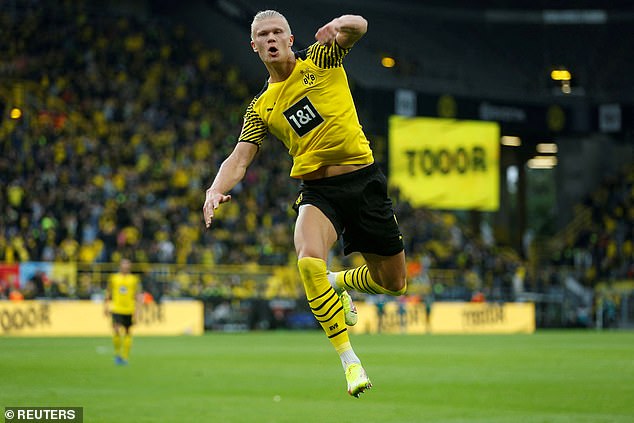 This is not the first time they’ve missed out on a top transfer target either as forward Dusan Vlahovic opted to join Serie A giants Juventus instead of heading to Spain in January.

The 22-year-old joined The Old Lady from Fiorentina over the likes of Barca and multiple Premier League clubs.

The latest news on Haaland could mean Barca now focus on trying to sign Bayern Munich striker Robert Lewandowski – although the Bundesliga champions are pushing to extend his contract. 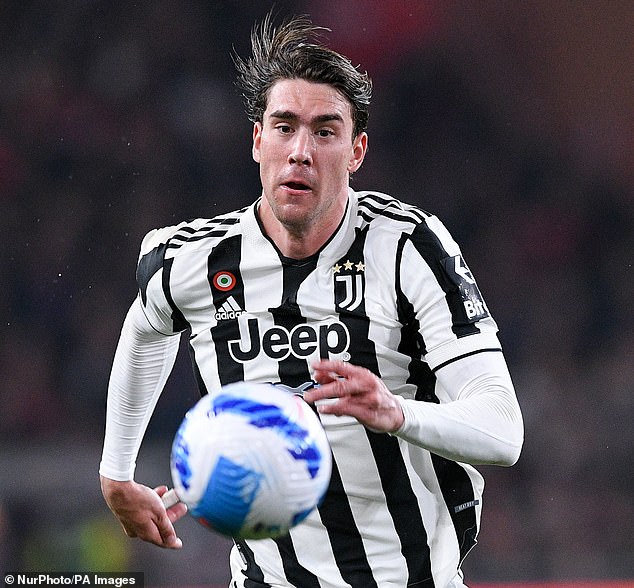 After missing out on multiple targets, Barcelona may have to get used to not being among the top contenders for big-money signings due to the current circumstances at the club.

Boss Xavi told Marca: ‘It’s a shame, we have not been able to compete.’

The former World Cup winning midfielder has been open about the need to rebuild his current squad ahead of next season if they want to be competing for top honours once again. 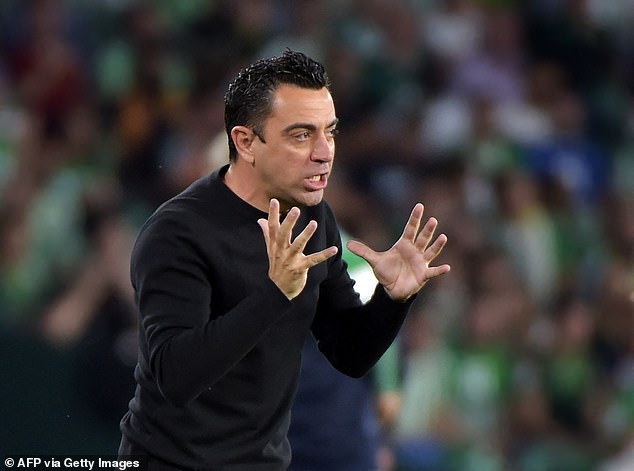 Barca boss Xavi admits they can’t compete, but knows he must rebuild his squad this summer

The LaLiga giants could become desperate to shake things up as they appear to be missing out on targets before the transfer market has even re-opened.

Although they do look set to sign Chelsea trio Andreas Christensen, Cesar Azpilicueta and Marcos Alonso during the upcoming transfer window.

They are also reportedly set to sign AC Milan midfielder Franck Kessie on a free transfer this summer.

In order, to even achieve those additions the club will have to sell and move players on, which they have revealed they are happy to do this summer.

The Catalan giants recently revealed that they are set to put nine players up for sale, including Frenkie de Jong this summer.

That might not be the end of the clear-out either with Dani Alves and Ousmane Dembele out of contract in the summer and yet to sign new deals.

Luuk de Jong and Adama Traore are only currently on loan at Barca and will be expected to return to their parent clubs unless a deal can be arranged for the duo to join permanently.