Barcelona forwards Pierre-Emerick Aubameyang and Ousmane Dembele were too much for Celta Vigo as Xavi’s team ran out 3-1 winners at the Nou Camp.

But the victory was overshadowed by a head injury to defender Ronald Arauajo, who had to be taken off the pitch in an ambulance during the second half.

Gavi and Araujo clashed heads in the middle of the pitch and although Gavi stayed down, Araujo got up to run away. 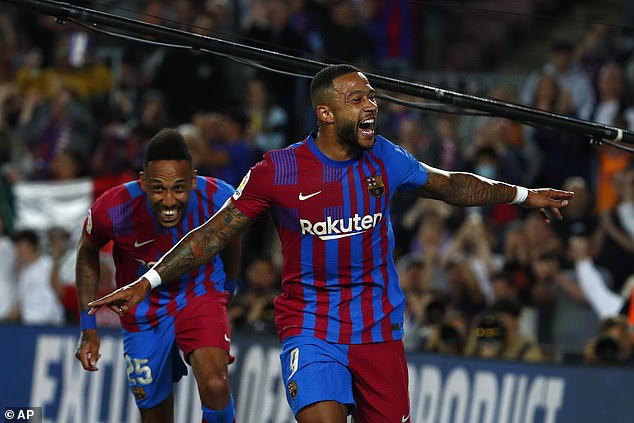 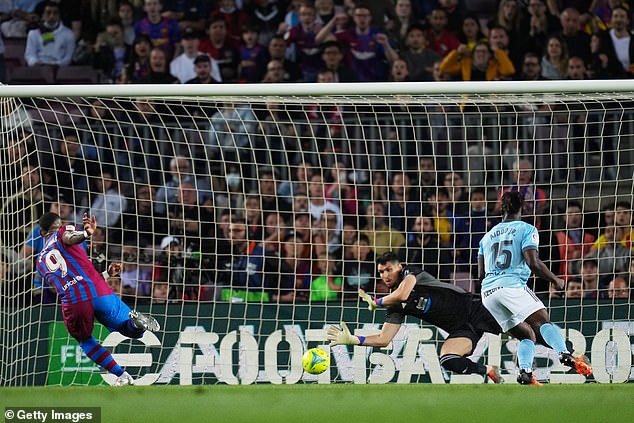 After a few paces he went down again and he was soon surrounded by concerned players from both sides with the medical teams of both clubs charging on to attend to the Uruguayan defender.

An ambulance drove on to the pitch and Araujo was strapped on to a stretcher and placed in a neck brace. He was eventually put into the back of the vehicle after medics initially struggled with a mechanical problem that prevented them putting the stretcher into the ambulance.

Barca reported that he was conscious when taken to hospital suffering from concussion.

Before the drama Barcelona had taken a 3-0 lead. And it was former Arsenal forward Aubameyang and the mercurial Dembele they needed to thank. 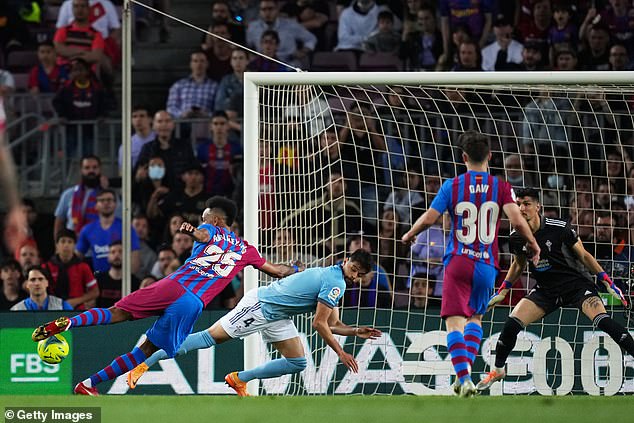 The French forward now has 13 assists and the Gabon international has 11 goals despite not having started a game since late February. The former Dortmund team-mates have certainly clicked since reuniting.

It was Memphis Depay who got the first goal on 30 minutes – his 12th in the league this season, making him the club’s top scorer. It came after Dembele skipped brilliantly away from Franco Cervi and Javi Galan and sprinted down the right before crossing for Memphis to score.

The advantage was doubled on 41 minutes when Jordi Alba’s ball over the top found Memphis and he crossed. Nestor Araujo got there first but his clearance ran to Aubameyang who, despite being off balance and falling backwards, managed to hook his left foot around the ball and dispatch it into the far corner.

It was a little harsh on Celta Vigo who had threatened plenty down their left with Cervi causing problems for Dani Alves and La Liga’s second top scorer Iago Aspas having several half chances. 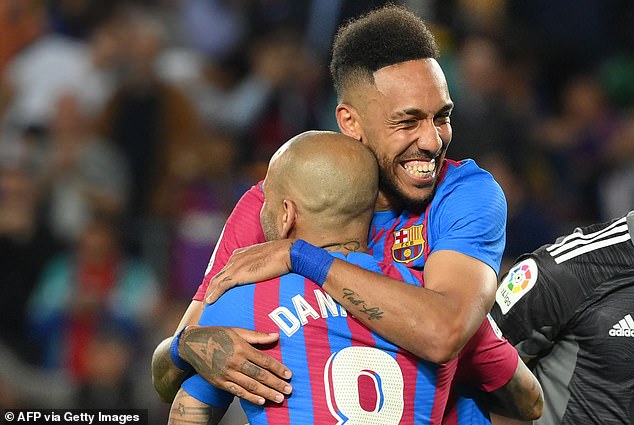 Without the suspended Sergio Busquets and also missing Pedri and Nico, Xavi shuffled his line-up with a 4-2-3-1 that saw Memphis play behind Aubameyang flanked by Dembele on the right and Ferran Torres.

The former City forward was taken off at half time after a flat first half. Xavi believes in the Spain international but some Barcelona fans are asking why City appear to have only paid 5m euros more for Erling Haaland than Barça will end up paying for Torres.

Barcelona made it 3-0 just three minutes into the second half and it was king of the assists Dembele once more who slid the ball effortlessly into the path of Aubameyang who buried his second goal of the game.

Barcelona know better than to trust a lead against Celta Vigo. Before Xavi’s arrival they led 3-0 at half time against them and ended up drawing 3-3. There were shades of that when Marc-Andre ter Stegen gave them a way back into the game. He passed the ball out to team-mate Araujo but Cervi nicked it and teed-up Aspas to score. 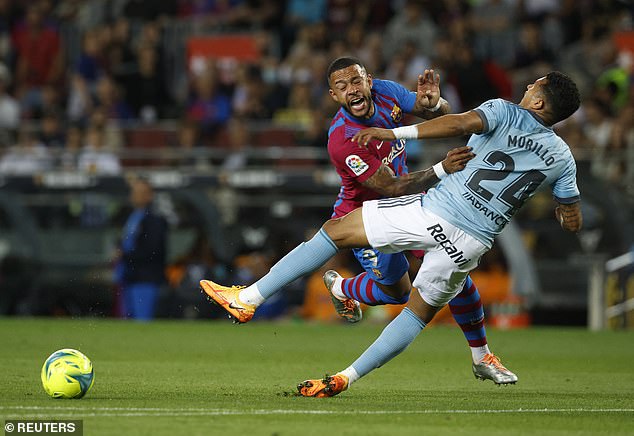 Any chance of a Celta comeback evaporated quickly, however, when Jeison Murillo blocked the run of Memphis when he was honing in on goal. He was shown the straight red and on the touchline Xavi prepared to bring on Ansu Fati for the last 30 minutes.

What came next threatened to overshadow everything. There was only timid applause for Fati coming on because there was an ambulance on the pitch as he made his entrance. Barcelona seem confident that after tests Araujo will be fine but there will be an anxious wait until that is confirmed.

Everything after the incident seemed of little importance. Substitute Riqui Puig scored from another assist from Dembele but the goal was ruled out for offside. There were 11 minutes added on and Barcelona saw them out to go seven points clear in second, of third placed Sevilla who play Wednesday.