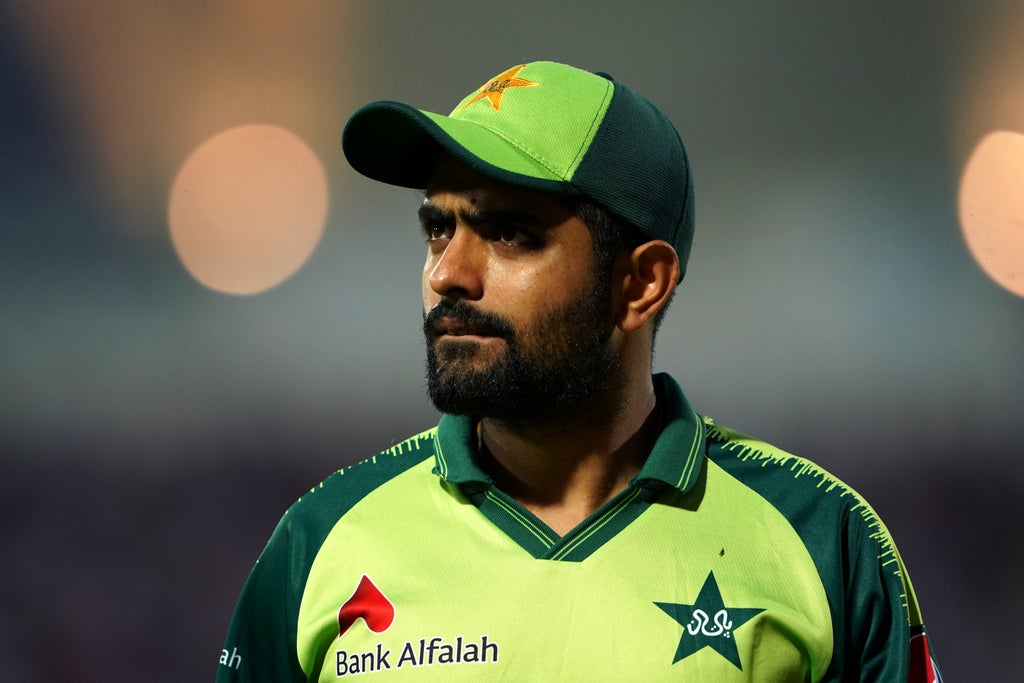 Pakistan captain Babar Azam was adamant “records are meant to be broken” as his side attempt to end their lengthy luckless run against India on the World Cup stage in Dubai on Sunday.

The neighbouring countries only face off nowadays in global tournaments because of the uneasy relations between the two cricketing boards, while the longstanding geopolitical tensions add extra fervour to any contest.

However, Pakistan have the undesirable record of 12 losses from as many matches against their arch rivals at the limited-overs World Cups – seven in the 50-over version and five in T20s, including in the inaugural 2007 final.

India are favourites to go all the way in this T20 World Cup, where the rest of the matches will be played in the United Arab Emirates which has served as Pakistan’s home away from home for much of the last decade.

Babar is overseeing a Pakistan team that are also fancied to go deep into the tournament and he insisted that he is not taking much notice of their past setbacks against India.

“We have forgotten what happened in the past and we are trying to focus on the future,” he said. “We want to use our ability and confidence on the day of the match so that we can get a better result.

“Records are meant to be broken. The matches between Pakistan and India are always full of intensity so we need to perform well in all three departments of the game.

“The boys are excited to play the World Cup and we have a crucial match on Sunday. A winning impact is necessary and then we will go match by match.”

It has been estimated in the past that matches between these two countries attracts a televised audience of a billion people while a sell-out has been reported, with attendance capped at 70 per cent due to Covid restrictions.

Babar revealed Pakistan Prime Minister Imran Khan, a former all-rounder who captained the country to 50-over World Cup glory 29 years ago, gave the current crop a pep talk before they embarked to the UAE.

“The Prime Minister met us before our departure and shared his experiences of the 1992 win and told us to play aggressive and fearless cricket against India,” Babar added.

Virat Kohli, who will stand down as India’s T20 skipper at the end of this tournament, not for the first time attempted to play down the significance of their opening match.

“It’s very important to keep focused on that because a game like this there’s such unnecessary stuff from a professional point of view happening on the outside,” he said.

“It’s fine as long as that stays outside our controlled environment and we just focus on what we need to do as cricketers, hence I always maintain for me it’s never been different to any other game of cricket that we play.

India are ranked behind England in this format, with Pakistan third, but the slow, spin-friendly surfaces anticipated over the next few weeks are likely to favour Kohli’s side, all of whom have had the added advantage of adapting to conditions in the UAE in the conclusion of the Indian Premier League in recent weeks.

“We have put in place a very balanced team and something that we feel covers all bases properly,” Kohli said. “We are pretty confident in terms of execution as well because guys have been playing a lot of T20 cricket in the IPL.

“Everyone’s playing well so that is a very positive thing for the team. Now it’s purely down to execution out there in the middle, everyone is confident to do so. We feel very prepared.”