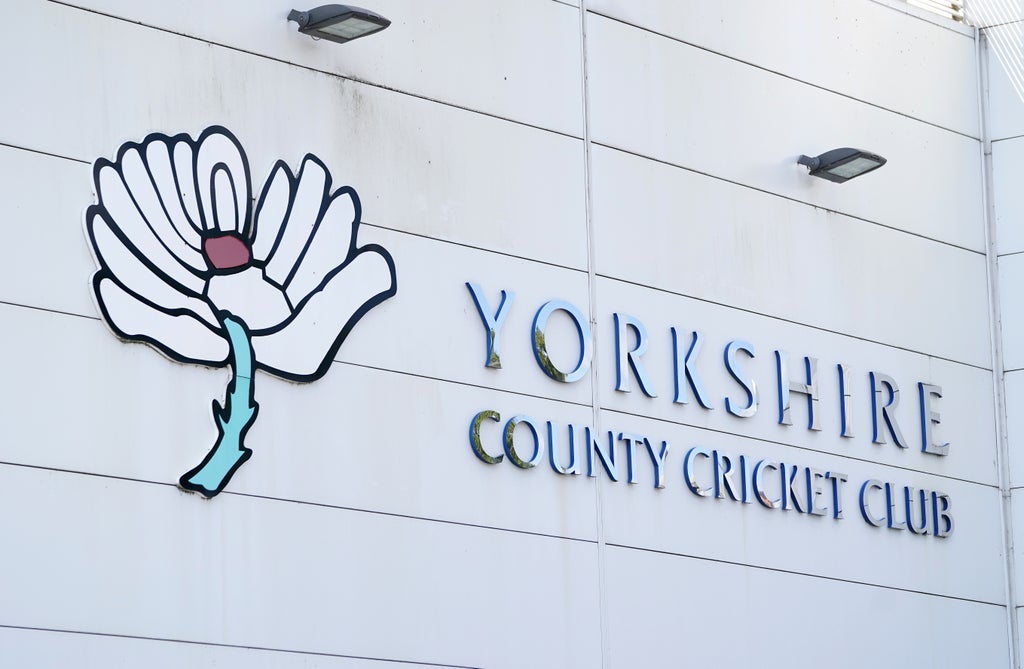 Leeds MP Alex Sobel has revealed he wrote to Yorkshire chief executive Mark Arthur six weeks ago raising concerns over the club’s handling of the Azeem Rafiq case and was frustrated to receive no reply.

The news comes a day after political pressure on the county escalated sharply, with health secretary Sajid Javid publicly stating “heads should roll” at Yorkshire over their response to a report into Rafiq’s allegations of institutional racism and the parliamentary committee for the Department of Culture, Media and Sport calling an evidence session into the matter.

Sobel represents Leeds North West, the constituency which includes the county’s home ground of Headingley, and he sent a formal letter to Arthur on September 22 outlining his unhappiness at the situation.

Sobel queried the club’s decision to release the findings of an independent report on the morning of September 10 – the day of the cancelled Old Trafford Test between England and India – and expressed dissatisfaction that the name of a coach who had been found to use racist language had been redacted. He welcomed the panel’s subsequent recommendations but noted that Yorkshire had offered no timetable for compliance.

The letter was sent in private at the time but Sobel, who is still awaiting a reply, has now released the document to the PA news agency having noted recent developments – including a report by ESPNcricinfo that a player’s repeated use of the word ‘P***’ was deemed to be “in the spirit of friendly banter”.

Sobel, who has seen a summary of the panel report, told PA: “They didn’t respond to a local MP who has the best interests of the club, and of Azeem, at heart.

“It is a reflection of Yorkshire’s poor handling of this. The club don’t seem to understand the gravity of the situation they are in. Racism should always be treated with the utmost seriousness and challenged. The club knew about the racist language for some time but chose to downplay it.”

In Sobel’s message to Arthur, who has been approached for comment by PA, he wrote: “I was concerned about several aspects of how the summary was released. I have been informed that Yorkshire gave Azeem almost no warning of the release of the statement and that the club did not offer to meet him or his legal team to discuss its contents.

“I have also received concerns regarding the timing of the report, that it was released at the same time that the cricketing world was focused on the unprecedented cancellation of England’s fifth Test match with India. This to me, and to the many cricket fans who have written to me, demonstrates that Yorkshire are still not facing up to the issues Azeem has bravely raised.”

“It also concerns me, because the coach’s name has been redacted from the summary, that every former coach will now have these allegations hanging over their heads.”

Urging Yorkshire to make fast and decisive changes in light of the report, he continued: “Absent from the statement, however, is a timetable or commitment as to when the recommendations will be implemented.

“The club has long been the country’s, if not the world’s, most successful cricketing county. Now it must heed the words of this inquiry and make it the most inclusive, diverse and welcoming for everyone, irrespective of their race, religion, gender, sexuality, age, disability or experience.”

PA understands the DCMS committee hearing is set to take place within a fortnight. Yorkshire chair Roger Hutton has already been called to appear and it is understood Rafiq and other board members – likely including Arthur – will also give evidence.

Parliamentary privilege means hitherto unpublished details of Rafiq’s claims, as well as any rebuttals, can be aired without fear of legal reprisal.

Julian Knight, chair of the committee, suggested on Wednesday that Rafiq had been a victim of “victim-blaming” over his alleged use of the word “Zimbo” when referring to a player of Zimbabwean heritage.

He told the Today Programme: “There is a degree of victim-blaming in the leaked report, where they equate Rafiq using ‘Zim’ for Zimbabwean as the same as the P-word. It is not the same.

“The idea of them using that as victim-blaming or to excuse their actions is absolutely appalling.

“We want to get the lead people at Yorkshire County Cricket Club in front of us and we want to ask them how they can justify not having taken action and why it is they think that those who have used this language in their club are fit to still remain in their club, and what are they going to do in the future in order to ensure that Yorkshire gets a handle on this racism problem.”