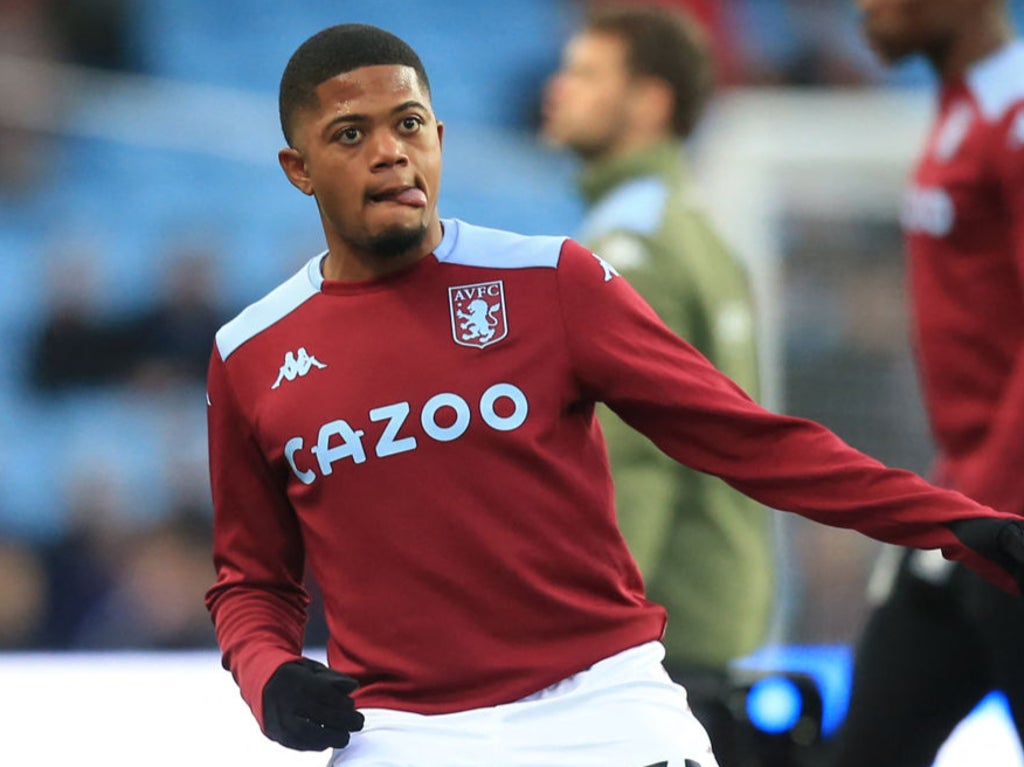 Follow all the action as Aston Villa host West Ham United in the Premier League this afternoon.

Pressure is starting to build on Dean Smith after a disappointing start to the season, with Villa currently sitting in 15th, having won just three of their nine games this season. Victory could propel Villa up into 11th, but they come into the fixture on the back of three successive defeats, the last of which, at Arsenal, saw Smith’s side thoroughly outclassed. The head coach batted away criticism this week, though, insisting any negativity had been blown out of proportion and that he expected a positive response from his squad.

West Ham, meanwhile, come into the match full of confidence after a brilliant start to their own campaign. David Moyes’s side sit fourth in the Premier League table, have won their last four games in all competitions, and are on the brink of securing their place in the Europa League knockout stages, too. The Hammers dumped holders Manchester City out of the Carabao Cup on penalties on Wednesday and won’t want to cede any momentum after such a fine run of results. Follow all the action live below:

4 mins: The sight of Emi Martinez in the Villa goal will be a welcome one for the home fans after the goalkeeper had to rush back from Argentina following a personal issue this week. West Ham are having the better share of possession so far and Villa look happy to sit in.

2 min: Leon Bailey loses possession on the left wing before Bowen sets up Benrahma, who fires over the bar after cutting inside. Bailey looks to have lined up on the left wing in a 4-3-3 formation for the hosts.

After the two teams pause for a minute’s silence, in what is Villa’s last home match before Remembrance Sunday. It’s a cracking atmosphere at Villa Park.

The players are just making their way out of the tunnel at Villa Park, as this afternoon’s second Premier League fixture approaches kick off. These two sides were battling against the drop 18 months ago but have loftier ambitions now.

West Ham are matching them, and then some, and are flying in fourth. That’s where Villa want to get to, but they’re languishing in 15th after three successive defeats. They need a response today in what should be a cracking fixture.

“We didn’t have a good first half against Arsenal so we had to shuffle the pack a little bit. We’ve had some enforced pull-outs as well, I won’t go into specifics but a few soft tissue injuries and a couple of Covid-related issues, so we’ve had to adjust it somewhat but we had to make a change after Arsenal.

“I think whenever you change a team it’s a big call – for all managers, but that’s what we’re paid to do. Time will tell whether it’s the right call but it’s one I felt was right at the time. Players win football games and not systems. You’ve got to be competitive first and foremost, you’ve got to go and compete for headers and win tackles and if you do that then the tactics come into the game after that.

“We’ve got to get back to basics. We’re playing a team who are in a really good moment and we have to ensure we match their intensity. Hopefully our football can take us to the next level and we can get the result.”

Here’s more from Moyes: “Overall we’re on a good run. The players have done well so they deserve the opportunity to go again. I think our play in the final third can be better. I think we can be more clinical, certainly taking more of the opportunities that we’ve been making. I’ve been on at them a little bit to make sure they’re on it today.

“It’s about building on it [West Ham’s start], getting better, winning more games. We’re in a good run of form and we want to keep it going.”

While Dean Smith has been playing down concerns over his side’s form, David Moyes has been revelling in West Ham’s phenomenal start to the season. The Hammers ended Manchester City’s reign in the Carabao Cup in midweek and could move level with the Premier League champions with three points today.

“I think we can play better,” Moyes tell Sky Sports after naming an unchanged team for the second week in a row in the Premier League.

Raphinha and Rodrigo struck to earn Leeds their second win of the season, and they move to 10 points in the table – level on points with Villa ahead of their clash with West Ham.

How much pressure is Aston Villa boss Dean Smith under today? His side have lost three straight matches in the Premier League and judging by his decision to drop captain Tyrone Mings, he knows urgent action is needed to turn the club’s run of form around.

The Villa manager played down concerns over their recent spell, however, and insists the narrative that he is under pressure has come from “social media”.

“We’ve had two narrow defeats against Tottenham and Wolves, and we were comfortable in the Wolves game and we’ve had one bad half of football where we were terrible but when they were very good,” he said.

“The players don’t need any reminding of that. They know that. But the second half (at Arsenal) is certainly more of what we need and what we want. So, the players know where they are.

“They’re good enough to compete and have shown that already against the likes of Manchester United, Everton, Chelsea, Tottenham. But we need to put that right this Sunday.

“It hasn’t been anywhere near a disaster. If our performances were disastrous, I would be a lot more worried than I am.”

Interesting team news there for Villa, who have ditched their 3-5-2 formation following last Friday’s 3-1 defeat to Arsenal. Tyrone Mings has been dropped to the bench by manager Dean Smith while Douglas Luiz and Danny Ings are out. Axel Tuanzebe is the fourth change. Leon Bailey, Jacob Ramsey, Kortney Hause and Marvelous Nakamba come in to the team.

West Ham’s team is much more straight forward. They are unchanged from last weekend’s 1-0 win over Tottenham as they look to continue their fine run under David Moyes.