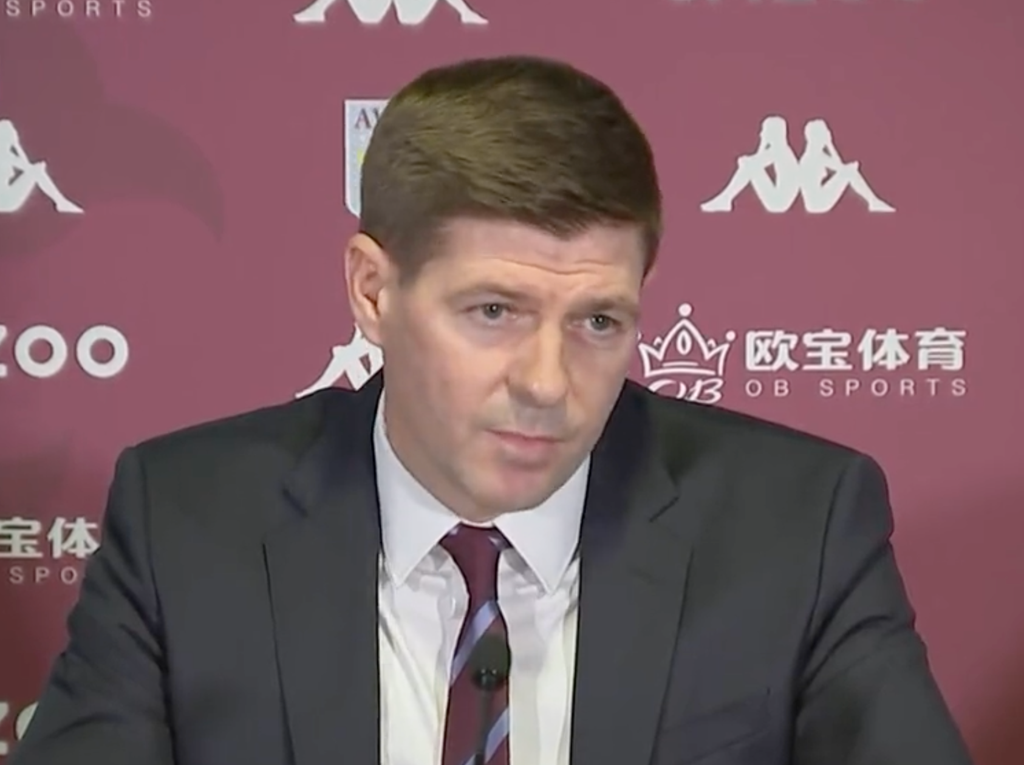 Steven Gerrard said becoming Aston Villa boss was “an opportunity I couldn’t allow to pass me by”.

Gerrard was speaking to the media for the first time since leaving Rangers and taking over at Villa Park following Dean Smith’s sacking.

“This is an extremely proud moment for myself from a personal point of view. It’s a real honour to be the head coach or manager of this football club.

“The last seven to 10 days have gone extremely quickly and it’s been a really happy time for me because of the opportunity to be back in the Premier League and closer to my family.

“They were the two main reasons why this was the right move for me.”

Gerrard returned to the Premier League after three-and-a-half years at Rangers, who he says he left with a “heavy heart”.

He said: “It was a difficult decision and I certainly left with a heavy heart, I built some fantastic relationship at Rangers, it’s a club I have got immense respect for.

“I was given a remit three-and-a-half years ago, we went on a journey and we completed that remit.”

He said: “Success in football is always about winning football matches, first and foremost. Long term, the club would like to be back on a European level, I don’t think now is the right time to put any date on that.

“For me more importantly, it is about focusing on the short-term, which is Brighton at the weekend. We need to start winning football matches again.”

Villa chief executive Christian Purslow hailed the appointment as a “fantastic moment in this club’s history”.

He added: “We are thrilled to have Steven with us, the feeling is one of excitement.

“His drive and determination, his constant pressing himself to be the best he can be – these are personal qualities we think will fit in at this football club in this stage of our evolution.

“We were lucky enough to have numerous applications for this position, Aston Villa is one of the most prestigious jobs in football anywhere and for Steven to come through that and take this position is a fantastic moment in this club’s history.”