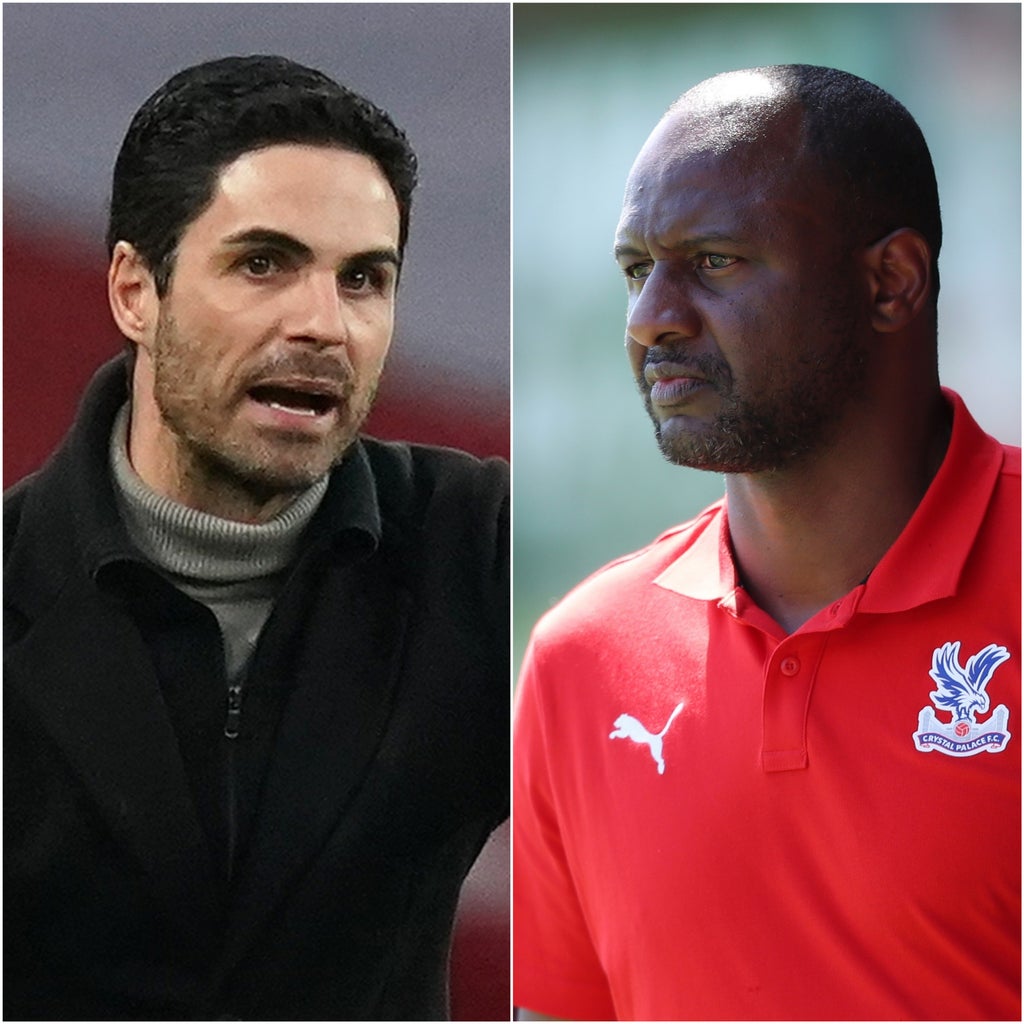 Mikel Arteta is aiming to create the next generation of model Arsenal players to follow in the footsteps of Invincibles skipper Patrick Vieira.

Vieira takes his Crystal Palace side to the Emirates Stadium on Monday night looking to get one over the club where he won three Premier League titles and four FA Cups.

The period of success Arsenal had under Arsene Wenger – and with Vieira leading on the pitch – has yet to be repeated at the club.

Arteta himself enjoyed moderate success as Gunners captain and has also delivered the FA Cup since taking over as manager.

But, with Arsenal kicking off 13th in the table and knowing defeat would see them fall below the Eagles, replicating the feats of a squad that went unbeaten en route to winning the Premier League in 2004 is something Arteta is now striving to bring back.

Asked if Arsenal have a problem moving on from “heroes” such as Vieira, Arteta replied: “It is, because normally they become heroes when they are successful and when you win football games and trophies.

“To do that, obviously you don’t just need an individual you need a squad and in this context probably, (right now) is the best-ever generation in Premier League history – to become champions of this league, the top points that they used to have, today it wouldn’t be enough even today to win the Premier League.

“So that’s very significant as well but that has to be the aim. The club has done it in the past and we are looking to do it again.”

Arteta was one of several Arsenal midfielders who would come after Vieira and be compared to the France World Cup winner.

There have been plenty since and Arteta feels showing your ability is the way to answer such scrutiny.

“I think when you get that comparison you need to accept straight away that if you don’t win three or four Premier League titles, you will always be worse than the previous one,” he added.

“They have already done it and you have just started, so for three or four years prepare yourself that you’re not going to be as good with every comparison.

“It’s impossible to achieve it in three weeks, so just focus on what you are as a player, what you are asked by your manager to do, be yourself and don’t try to be anyone else.”