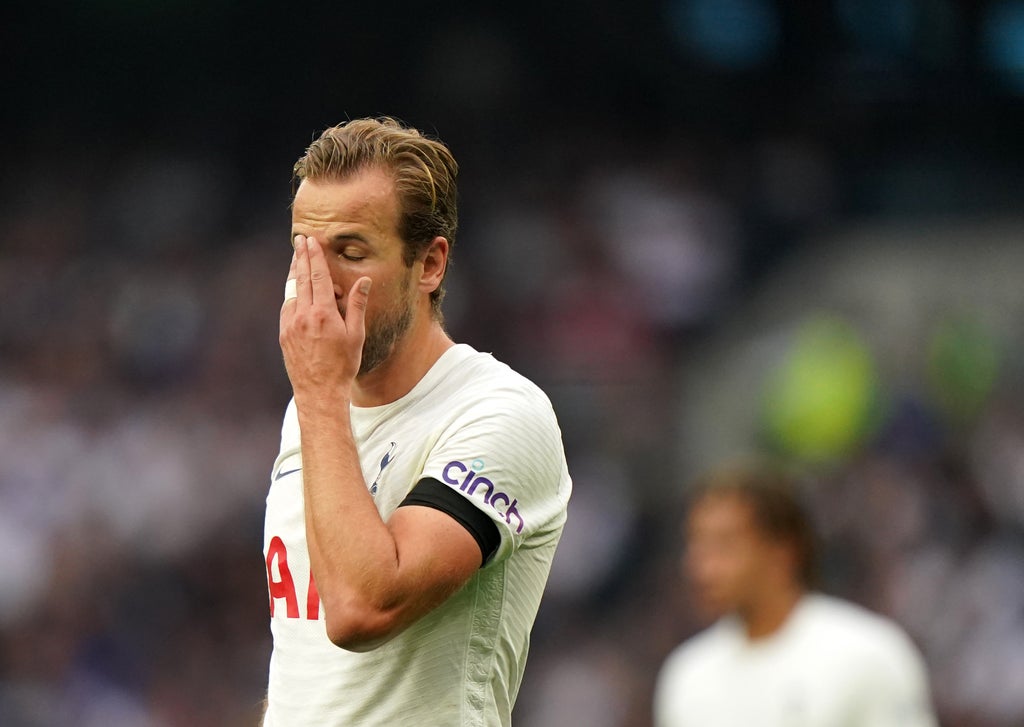 Harry Kane will try to shake off his uncertain start to the Premier League season against Arsenal on Sunday.

The England captain is yet to score in the 21/22 league campaign and questions have started to be asked about his form. Despite worries growing for fans about the striker, manager Nuno Espirito Santo has brushed off criticism about his player.

Responding to whether Kane was affected by the transfer window, the boss said: “That’s the past. Nothing that we can say or do now or in the future will change the past. What we have to do with the past is put it behind our heads and focus in the present.

“The way we are working is to find solutions, try to reinvent, recreate situations which can improve our football and our game and Harry is part of the team. It’s the partnerships, the complicity, the way we do things, everyone has to be involved.”