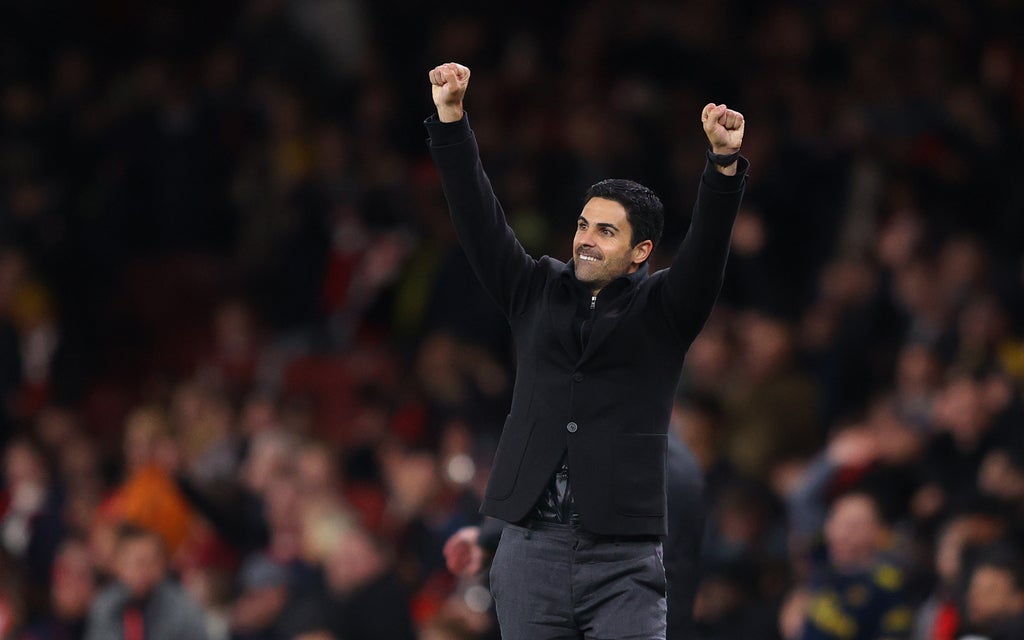 Arsenal will look to continue their unbeaten run when they host Leeds United in the Carabao Cup tonight.

The Gunners have not tasted defeat since August’s 5-0 thrashing to Manchester City, a result which reportedly left Mikel Arteta on the edge after opening the Premier League season with three consecutive defeats.

Although there have been further dropped points along the way, Arsenal returned to the top half of the table following an impressive 3-1 win and performance against Aston Villa on Friday and will look to build on that momentum by reaching the quarter-finals of the Carabao Cup.

Leeds remained close to the relegation zone following their 1-1 draw at home to Wolves on Saturday and have won just once in the Premier League so far this season. Marcelo Bielsa’s side needed penalties to defeat Fulham in the previous round.

Here’s all you need to know before the match this evening.

When is Arsenal vs Leeds?

The match will kick off at 7:45pm BST on Tuesday 26 October.

It will be shown live on Sky Sports Main Event and Sky Sports Football, with coverage starting at 7:00pm. If you’re not a Sky customer you can grab a NOWTV Day Pass here to watch without a subscription.

Both teams are expected to make several changes for this Carabao Cup last-16 match. Bernd Leno, Cedric Soares, Rob Holding, Mohamed Elneny, Ainsley Maitland-Niles and Gabriel Martinelli could all be handed starts for the hosts, but Granit Xhaka and Kieran Tierney are out with injuries.

Leeds have several injury absences, a list that was made longer following Raphinha’s injury against Wolves on Saturday. Bielsa will also be without Patrick Bamford, Luke Aying, Robin Koch and Junior Firpo and will be expected to make further changes from the 1-1 draw against Wolves.

As long as the changes don’t take away from Arsenal’s cohesion, the hosts should be comfortable winners against a Leeds side whose priorities are elsewhere. Arsenal 2-0 Leeds