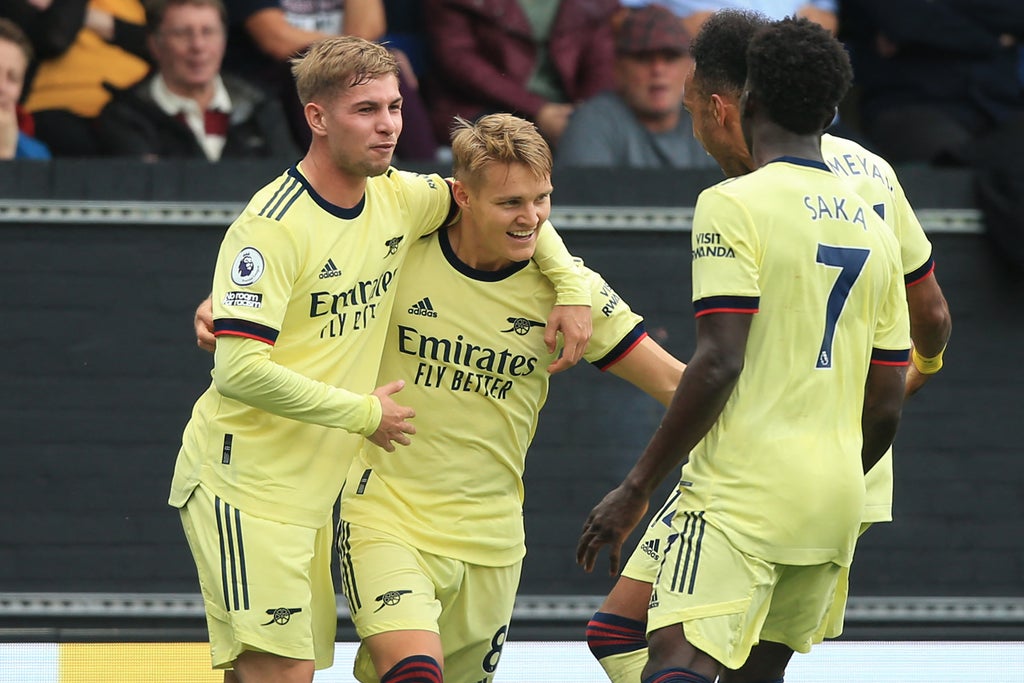 Arsenal welcome AFC Wimbledon to the Emirates Stadium for a London derby in the third round of the Carabao Cup.

Mikel Arteta’s side have begun to string together a couple of good results after surviving a trip to Burnley on Saturday.

With a fixture against Tottenham this weekend looming, Arteta may look to rotate.

Mark Robinson’s Wimbledon are seventh in League One and will look to trouble their Premier League opposition – they have already scored 15 league goals this season.

The match will kick off at 7:45pm BST on Wednesday 22 September at the Emirates Stadium.

Arsenal beat a callow West Brom 6-0 in the previous round and while a repeat scoreline would be a surprise, Arteta’s side should advance in reasonable comfort. Arsenal 3-1 Wimbledon